Brewdog Germany is joining forces with the Berliner CSD to brew a beer to support the German LGBTTIQA community. 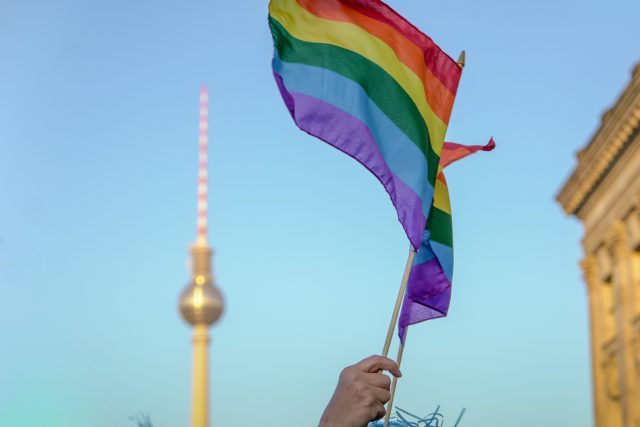 The joint collab, which will include the launch of a beer called Hoppy Pride, is set to mark the start of a long-term partnership between the two initiators and their communities sets a plan in place for them to each share the profits equally.

Speaking about the collaboration, the Scottish brewer said that it is “taking the popular and worldwide happening” (of the German demonstration parade held in Berlin on 23 July) as “an opportunity to do good together” and “manifest an attitude towards a more tolerant society”.

“Hoppy Pride, however, is about more than just a beer partnership. The “Helles mit Haltung” (Ale with Attitude) is not only a fantastic, modern beer with the usual high quality – it is also a promise to work together to strengthen the German LGBTTIQA community in order to turn not only our fridges, but also our society into a more open, queer-friendly and tolerant place,” said BrewDog CEO Adrian Klie.

Klie explained: “BrewDog and the Berliner CSD are supporting a great cause with ‘Hoppy Pride’. We are inmmesly proud to be able to support the entire community with our creativity and passion. BrewDog positions itself clearly, explicitely and permanently for an open and diverse society. That is why raining awareness of the topic of diversity is at the core of our agenda all year round – not just for a few days a year. ”

Berliner CSD board member Patrick Ehrhardt added: “We are one of the largest socio-political brands in the world. The global demonstration around the Christopher Street Days and Prides worldwide have ‘come into fashion’ for many brands. Therefore, we are very pleased that we have found in Brewdog a brand, partner and ally who strives to make us visible, supports us and also believes in a long-term partnership that supports us – and with that also the scene – not only financially, but also in terms of content.”

Both parties involved additionally aim to win over trading partners for the cooperation who are not shy to display their attitude by selling Hoppy Pride and are encouraging retailers to reach out if they want to work with them to support the cause.