Actor Sam Heughan has added an aged Tequila to his Sassenach spirits range, showing that his recent legal battle was a mere bump in the road. 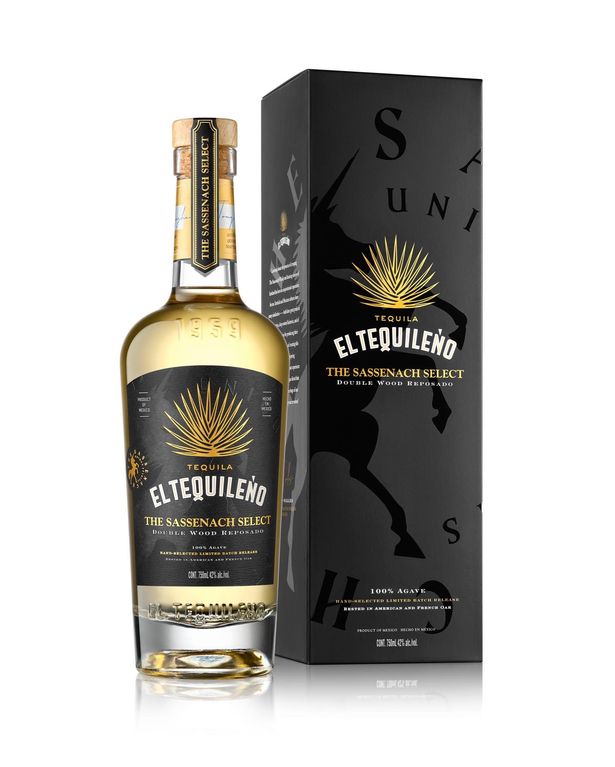 The Scottish actor, who plays Jamie Fraser in historical TV drama Outlander, has teamed up with El Tequileño to create a limited edition ‘Sassenach Select’ Tequila.

Posting on Twitter and Instagram, Sam wrote: “It’s Here! So thrilled and so excited to introduce our latest Sassenach Spirits baby!”

The launch has been trending on Twitter with the hashtag #CongratulationsSam, possibly in light of the star’s recent legal disappointment regarding the name of his brand. Last month it was revealed that Germany’s Sasse distillery had succeeded in blocking Heughan’s trademark application for his whisky name, having taken umbridge over the similarities between ‘The Sassenach’ and its own name.

It’s possible that the new Tequila, which is sold in the US market, circumvents these legal issues as they pertain to the marketing and sale of Sassenach products within Europe.

The Tequila itself, a Double Wood Reposado, named so for its time spent in oak casks, is a surprising collaboration between Heughan and Antonio ‘Tony’ Salles, third generation master distiller for El Tequileño.

Why surprising? Salles is said to have staunchly refused these kinds of projects in the past, and was initially reluctant to work with Heughan as El Tequileño is a Mexican family company, which for more than 60 years has prided itself on authenticity.

Heughan is thought to have won Salles over by agreeing to bottle the agave spirit under the El Tequileño brand name.

“It’s the first time Tony has collaborated with anyone,” Heughan revealed on Twitter. “We used the heritage of El Tequileño and the history of our brand. The unicorn [the Sassenach logo] meets the agave,” he said in another tweet.

In an interview with Forbes, Heughan said that a visit to Mexico before the pandemic lead to him discovering the El Tequileño distillery, where he was struck by the similarities between Scottish and Mexican cultures:

“It’s a very dear place and they’re very similar actually, the Mexican culture and the Scottish culture. This love of storytelling and celebration and family. Both have great pride in their countries, deep-rooted histories, and of course, a great passion for producing their national spirits. We just feel really honoured to be part of that family.”

In a further nod to the ties between the two nations, the partnership decided to use agave grown in the Highlands of Jalisco, as opposed to in the Lowlands of the region, from where most Tequila brands source their agave. The more northernly provenance has a synergy with the Scottish Highlands that inspired Heughan’s The Sassenach whisky.

Salles explains that the new Tequila is handcrafted using the “finest matured agave and mineral-rich water from El Volcán de Tequila”, before being distilled in traditional copper pot stills. It is then aged for two years in American oak barrels and finished in French oak.

“This is not just another ‘celeb Tequila,’” event management company Twist London Limited wrote on Twitter. “Legitimately some of the best Tequila on the market. It will be hard to get hold of, it will be worth it.”

Only 55,000 bottles of The Sassenach Select are expected to be available, priced at US$99.