Sam Heughan, who plays Jamie Fraser in hit TV show Outlander, has lost out to a Germany distillery in court over the name of his Scotch whisky. 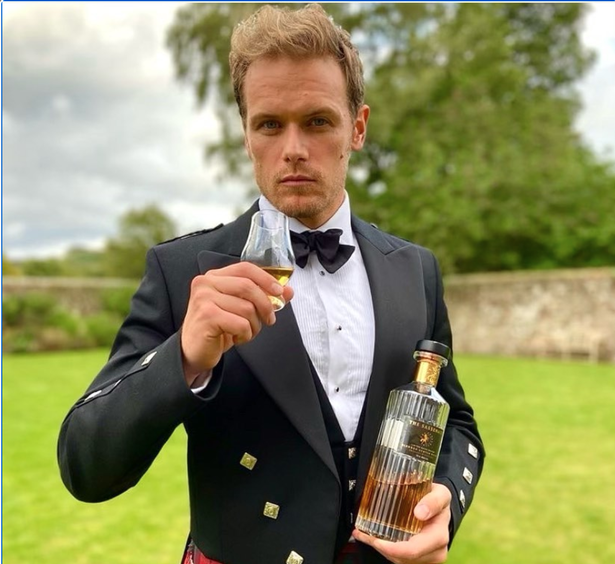 Fans of time-travel drama Outlander will recognise the name Sassenach as being character Jamie Fraser’s fond nickname for his English wife Claire.

Now, actor Sam Heughan, who has played the role for seven years, has lost a legal battle to name his whisky The Sassenach after his on-screen beloved.

Though used as a term of endearment in the show, the word ‘Sassenach’ can be seen as being a disparaging term for an English person or a Lowland Scot.

However, it was not for this reason that the actor was blocked from calling his whisky The Sassenach. Instead, a Germany distillery called ‘Sasse’ claimed the whisky name sounded too similar to their own.

In a statement, they said: “The Sasse distillery has established itself nationwide in the industry and made a name – this should continue to be upheld and preserved.

“We would like to protect the traditional brand that has been built up over generations from a possible risk of confusion with other products on the German market.”

Heughan’s legal team argued that the term would be well known in Germany given Outlander’s popularity in the country and argued there would be no confusion between the brands. However, the distillery, based in Schoppingen, maintained it was not possible to prove that its own customer demographic would be familiar with the TV show or the term. The Sasse distillery produces both whiskies and brandies.

The actor launched his Scotch last year, with his firm The Great Glen Company applying to register the brand name as a trademark to sell the whisky across Europe.

However, the move was opposed by the Sasse distillery and The European Union Intellectual Property Office (EUIPO) upheld the opposition, ruling that The Sassenach cannot be used as a trademark for whiskies.

Heughan’s legal team appealed but this plea has now been rejected.

The Sasse distillery said Heughan could still sell his whisky in Germany if he changed its name.