Bag-in-box specialist ‘When in Rome’ is poised to launch its paper bottles into the UK grocery sector in the New Year, which it says will ‘blaze a trail’ for other wine producers to look seriously at the format. 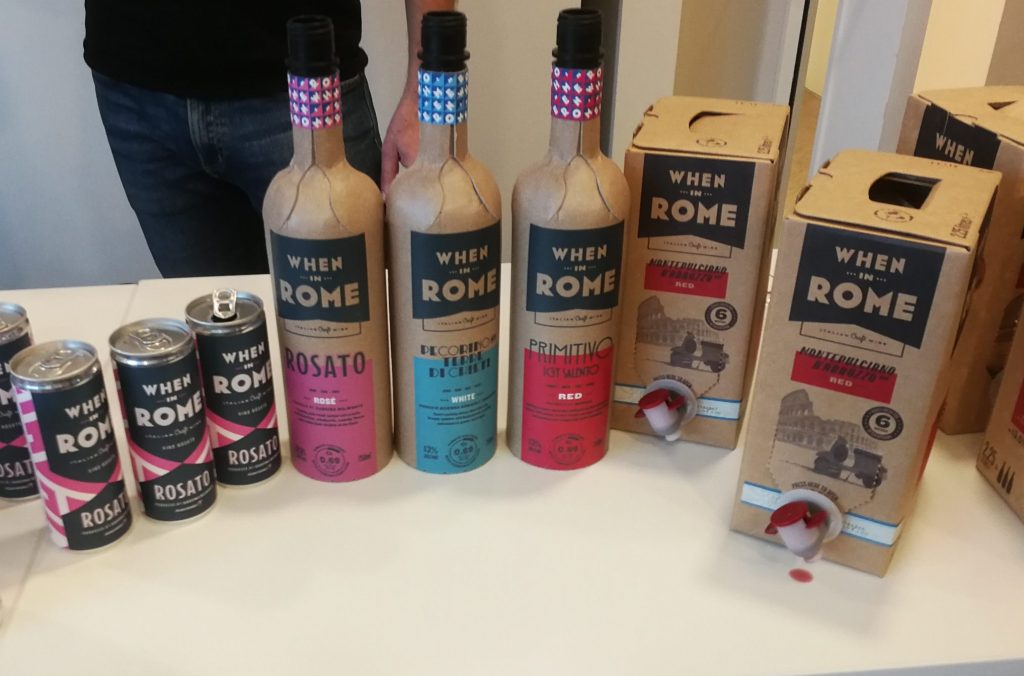 Speaking to the drinks business at the recent WTAF (Wine Tasters For Alternative Formats) tasting, CEO Rob Malin said that the move was a natural one for the company after its successful launch.

The company has taken $500,000 of of investment over the last six months which he said was “not a small amount for a small company” but the “heavy lifting” of developing the packs had primarily already been done by Fruglpack, he said, so it was just case of switching packaging. Furthermore the producers the team were working with were already invested in the idea of non-glass packaging formats.

Rob estimated that around 90% of the business’s revenue would continue to come from bag in box.

However, Malin said the company hoped to pave the way for other paper bottle alternative formats, as it was already in talks with the multiple grocers.

“We don’t want to be the only ones in this format – none of us here do – one, you can’t do it alone and two there is space for everyone,” he said. “Our format is maximum 5% of the UK market, so there’s room for everyone to grow and prosper.”

He said that the company size and structure meant it was well-place to blaze a trail for others.

“We’re small enough to say, ‘this is a good idea, let’s do some research and see how it goes’ as we don’t need to be doing thousand a minute bottling lines. So we can test the market for a supermarket, and for Frugalpack, and hopefully blaze a trail for others.”

While the taps and liners on the bag-in-box can technically be recycled, the UK currently does not have the facilities to do so – unlike companies in Europe.

“Recycling is a market, we need to create the critical mass of material before people can invest in recycling it,” he said “The Frugalpack is 100% recylable in Germany, France and the Nordics, but the UK is behind in recycling, so on the one hand we’re saying as the market grows, it will become recylable, we’re also saying that the problem with the environment is not that there are bag-in-box taps floating around the sea, it’s that there’s too much carbon dioxide in the air.”

The company are drawing attention to this by labelling each of its products with the carbon footprint of each bag-in-box, bottle and can – the first wine brand to do so – in order to prompt people to look at it from a more “holistic” point of view. This translates as x10 less for bag-ib-box, six times less for a paper bottle, and four times less per can.

“The problem with the planet is not that the ocean is full of plastic – of course it’s a horrible issue – but what’s going to kill us is that the carbon.”

“If you look at a format like the paper bottle, and we all know that it is ten times less carbon than a single use glass bottle, on what basis can a supermarket continue to sell 95% of their skus in bottles?”

Wine consultant Richard Leaver said there had been a “significant shift” in the coversation from recycling to a product’s carbon footprint.