ProWine Shanghai 2021, the leading wine and spirits trade fair in mainland China, came to a successful conclusion on 11 November after attracting more than 450 exhibitors from 18 countries and regions. 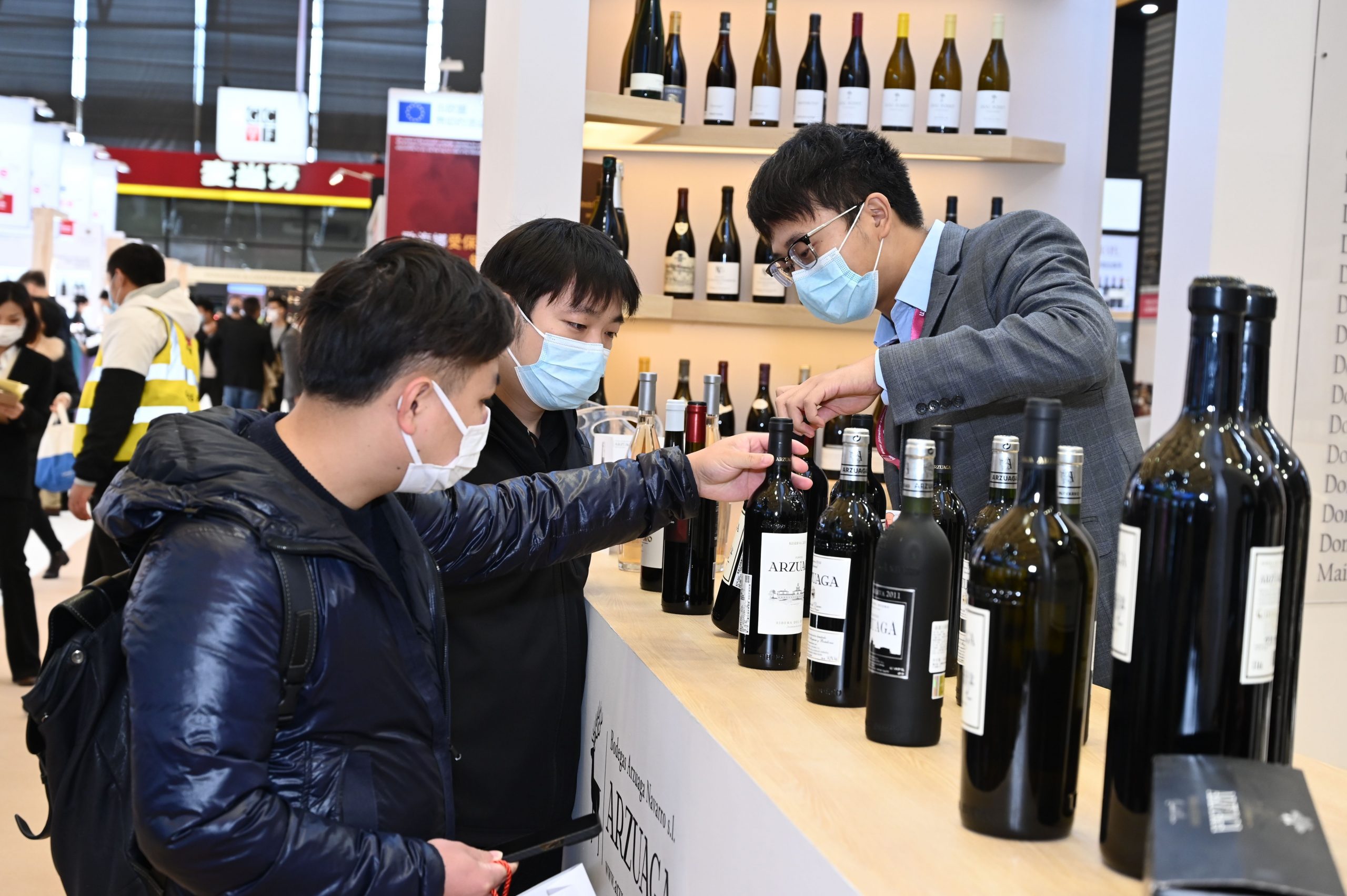 Boutique wineries and premium wine producers from around the world were present at the trade fair, making contact with local importers, distributors and trade customers.

A total of 15,058 trade visitors attended the 3-day event. In addition to visitors from Shanghai, many travelled from Hainan, Guangdong, Fujian, Hubei and Tianjin provinces.

Michael Degen, Executive Director at Messe Düsseldorf said of the event: “Hosting ProWine Shanghai 2021 as scheduled despite the ongoing COVID-19 complications fully underlines the strategic and international role of ProWine Shanghai. The Chinese wine and spirits market remains strong and is developing well. We believe the next edition of ProWine Shanghai will be even more promising and impressive.”

Chinese wines made a strong appearance at the fair in addition to oversees exhibitors. Local wine producers are beginning to emerge. Yinchuan Helan Mountain Eastern Foothills Wine, Up Chinese Wine, COFCO Great Wall and China Wine Union were among the exhibitors.

The pavilion of the California Wine Institute was the largest in nine years, and nearly 20% larger than in 2020. In addition to the 19 wineries and vintners present, 45 boutique wines from 10 wineries were on display with tasting sessions. The Canadian National Pavilion, with full support of Agriculture and Agri-Food Canada (AAFC), also exhibited. After missing the 2020 edition, its return to ProWine Shanghai was a sign of interest in the Chinese market from wine companies around the world.

Business France boasted exhibition space of nearly 500 square metres, indicating its strong confidence in the Chinese market. The French Pavilion, organised by Business France, has supported ProWine Shanghai for nine years in a row, ever since ProWine made its debut in mainland China.

Ian Roberts, Vice President Asia at Informa Markets said: “Despite the strict Covid measures ProWine Shanghai still attracted 15,058 visitors. By holding ProWine Shanghai concurrently with China’s leading food and hospitality show, FHC, we are able to bring together all the major food and drink importers and distributors at the same time.”

A series of high-quality masterclasses took place both at exhibitors’ stands and the ProWine Forum, sharing wine appreciation knowledge and industry news.

ProWine Mumbai will start from 17 November 2021, followed by ProWein in Düsseldorf from 27 March 2022. Originally planned for May 2022, ProWine Singapore has now been moved to 5 – 8 September 2022 to coincide with FHA Food & Beverage, organised by Informa Markets.