Pop singer Kylie Minogue has secured another hit for herself, this time in the world of wine as her Prosecco rosé has become the number one brand in the UK after just 10 months, according to Neilson data. 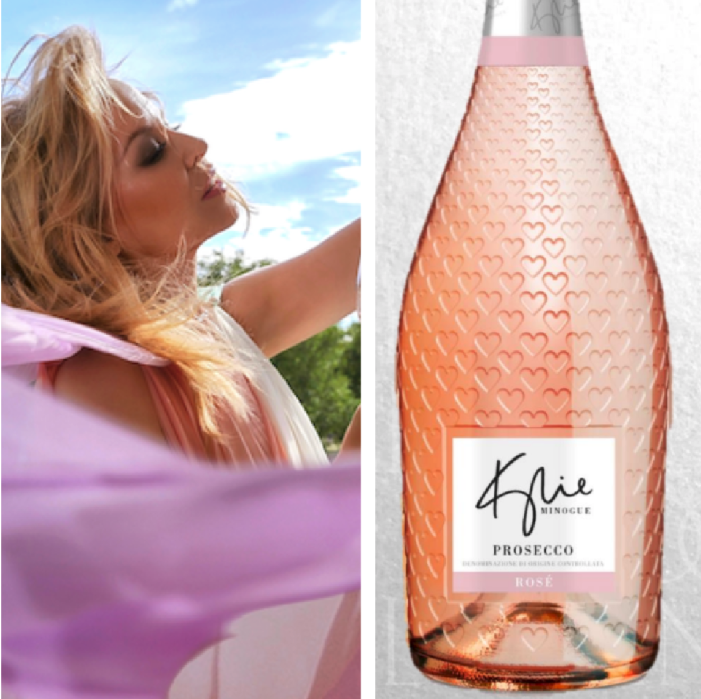 Kylie Minogue Wines reached the million-bottle milestone in double quick time, making her collection one of the fastest-growing and most successful the UK has seen.

Kylie received a special commendation at the drinks business awards for best launch of the year alongside Benchmark Drinks. One judge said of the launch, “if there was one product launch that really captured the headlines this year, then it was Kylie’s wine,” said one judge of this entry, with all agreeing that the brand had done well in winning over both consumers and critics. They also admired the brand’s impressive sales stats and bold expansion plans.

And now, Kylie has built further on her considerable early success, after news broke that her Prosecco rosé has become the number one Prosecco rosé brand in the UK after just 10 months on the shelves.

According to Neilsen data, Minogue’s pink Prosecco achieved £1.4m of retail sales in the last 12 weeks (to 23 October).

“I’m unbelievably humbled and thrilled by the global response to Kylie Minogue Wines. To sell over a million bottles in less than a year has been incredible, and testimony to the amazing producers and winemakers the brand has been lucky enough to work alongside,” Minogue said at the time of her hitting the million bottle milestone.

One thing’s for sure, UK consumers certainly seem in thrall to the pop legend’s wines.