In something of a surprise to even the most avid of Bordeaux watchers, Jean-Guillaume Prats has announced that he will be leaving the post of director general of Domaines Barons de Rothschild – and with it, his position at the head of Chateau Lafite Rothschild – that he has held for the last four years. 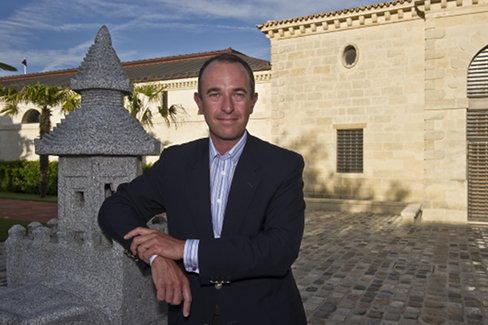 During this time he has overseen a series of significant developments, most notably perhaps the organic conversion of Chateau Lafite itself and the more recent re-packaging and refreshing of the image of Chateau Rieussec.

From the 1st of December, Saskia de Rothschild will take over as executive director of DBR Lafite, including of course Chateau Lafite itself.  As she explained to French magazine Terre de Vins, “for four years, Jean-Guillaume Prats has helped breathe new life into all of our ventures and we are extremely grateful to him” (translated from the French original).

For his part, Prats will not be retiring from the world of wine, but by contrast will have the opportunity to devote himself more fully to his family’s wine and to his role as consultant.

As he, in turn, explained, again to Terre de Vins,

“I have sought, humbly and with passion over the past four years, to bring a new dynamism to DBR, with new projects and with teams that I have had the privilege of leading to support this vision of tomorrow. Saskia de Rothschild will naturally be able to take on the executive management of the family’s chateaux and estates.”

In other news from Bordeaux, The Drinks Business is delighted to be able to report that for its 2025 classification exercise, l’Alliance des Crus Bourgeois du Médoc is to raise the environmental standards it requires for classification still further.