Pink Boots Society, a community of Hong Kong women brewers, has teamed up with local brewery Young Master to launch a beer for International Day for Elimination of Domestic Violence against Women. 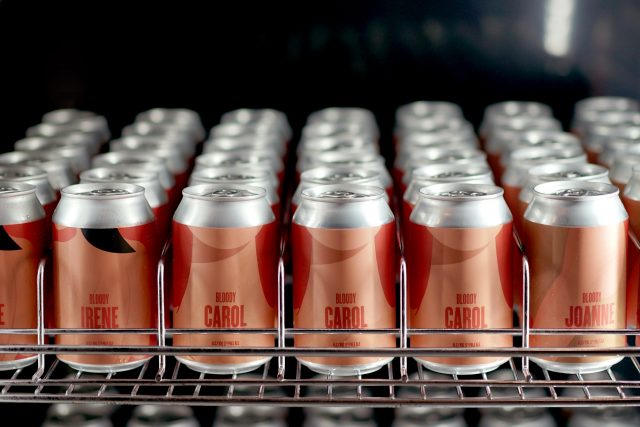 To help raise awareness of domestic violence against women in Hong Kong, Pink Boots Society, a group of Hong Kong-based women working in the beer industry, have created a new beer.

Named ‘Bloody Women’, the specially-brewed beer is inspired by the classic Bloody Mary cocktail, and will launch on 25 November, to coincide with International Day for Elimination of Domestic Violence against Women.

Each beer can is printed with a different female name, depicting individual stories of women’s experiences with domestic violence.

Consumers can also visit the society’s website for a directory of NGOs and professionals that help women to escape and heal from the trauma of domestic violence.

“The issue of domestic abuse is one that often remains a nasty secret, hidden in the shadows,” explained Stella Lo of Pink Boots. “It’s a shocking statistic that approximately one in seven women in Hong Kong – and perhaps even more than that – have suffered from the trauma of domestic violence. Even more alarmingly, statistics indicate that on a global level the prevalence of domestic violence could be as high as one in three women.”

On the issue of whether alcohol can play a part in abuse, Lo had this to say:

“Alcohol is not the cause of domestic abuse, but there is no denying it can be a contributing factor. We believe that to really tackle the issue of domestic violence against women, we actually need to talk about it openly. And so, we wanted to make alcohol a part of the solution and use it to get people talking about the problem.”

Local bars and F&B outlets are showing their support for the beer by highlighting its campaign in bar-top promotions.

The campaign ultimately aims to raise funds that will be donated to charities and organisations that provide support and hope for victims.