A predicted restructuring of UK alcohol duties to give English sparkling wine a tax advantage over foreign competitors would be “counterproductive”, according to leading industry figures. 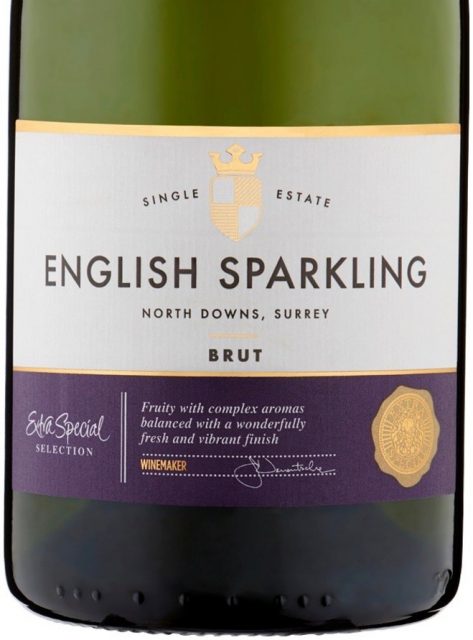 As reported by db yesterday, a report – which was first published by The Sunday Times – suggests that UK Chancellor Rishi Sunak plans to abandon the premium on sparkling wine, reducing the duty on fizz to the same level as that on still wine, which would bring down the duty on a bottle of Champagne or Prosecco by 63 pence (see figures, bottom).

The same article also forecast that English fizz could be given a tax advantage relative to its sparkling rivals from abroad.

While the UK wine industry, represented by the Wine & Spirit Trade Association, (WSTA), has long campaigned to bring duty on sparkling wine in line with still wine, db understands that the organisation would not back any form of positive discrimination for English sparkling wine by granting it a tax advantage.

According to a piece by Josh Barrie in The Independent, Miles Beale, the chief executive of the WSTA, pointed out that English sparkling wine accounts for less than 1% of the UK market and the Treasury needs to address the “bigger picture”.

The WSTA has long called for a harmonisation of duty on sparkling and still wines, with a higher level of tax for fizz dating back to the 70s, when it was raised because it was deemed more of a luxury than still wine – an argument that would be much harder to make today.

However, the WSTA has not campaigned for a lower level specifically for English sparkling wine sold in the UK.

Indeed, there is concern among some in the trade that a lowering of duty on English sparkling relative to foreign fizz could provoke a trade war, which could do more harm than good for English fizz producers, who are looking to develop export markets alongside domestic sales.

As a result, one leading industry figure told db that such a proposal would be “counterproductive”.

Similarly, Beale wrote on the WSTA website this morning that “giving home-grown products more favourable taxation – or ‘drinks nationalism’ – would send a terrible signal to other countries and be counter-productive.”

Continuing, he commented, “It would encourage retaliation in key export markets for English sparkling wines, gin and Scotch whisky – which would damage both current and future growth.”

Furthermore, while a post-Brexit Britain is no longer restricted by EU laws concerning equal tax treatment on products from the EU, a move in the UK to give preferential treatment to domestic producers could invite a legal challenge, as it may contravene rules laid down by the World Trade Organisation (WTO).

In other words, such positive discrimination for English sparkling wine producers could be detrimental to international trade for UK drinks, but, should there be an attempt to introduce such a populist policy, it is unlikely that it would be pushed through.

Meanwhile, the WSTA is calling on the Chancellor to freeze duty at the Budget next Wednesday, to avoid heaping even higher prices on British consumers as well as putting added pressure on the UK wine and spirit sector.

The trade association said that rising costs as a result of the impact of Covid, closure of the hospitality sector, Brexit red tape, HGV driver and other staff shortages – has meant that businesses are facing record high prices, which are inevitably being passed on to increasingly squeezed consumers.

Finally, it should be noted that a lower level of duty on any alcoholic product may not necessarily translate to a lesser outlay for the consumer, with the on-shelf prices set by retailers, not producers or a governing body.