“We don’t speak of climate change, but of a climate emergency,” said Miguel A Torres of the Familia Torres winery at a press briefing on Thursday. “Climate change for viticulture is worse than phylloxera.” 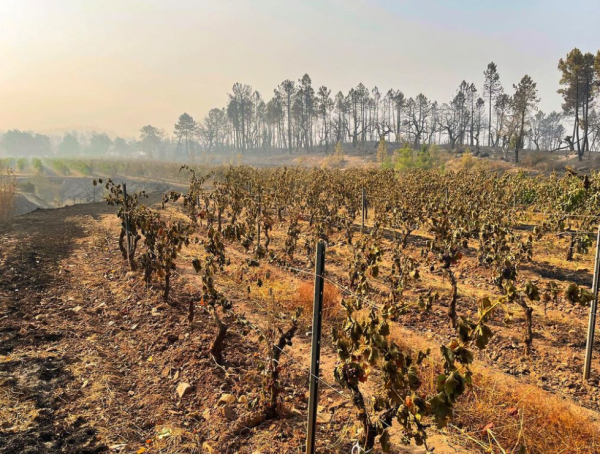 With these words he began his presentation on the effects of climate change on the wine industry. As a founding partner of the International Wineries for Climate Action (IWCA), Miguel A Torres was joined by Rob Symington of Symington Family Estates and Fiona Macklin, from the UN Race to Zero campaign.

Torres described the wine industry as something of a canary in a coal mine when it comes to climate change, as a sector which is “suffering the consequences already” on an international level.

From fires and smoke damage, to frost, hail and heat waves, extreme weather patterns in recent years are just “a sign of what is expected of the future” according to Torres.

As such, the IWCA, a collaborative working group of environmentally committed wineries, is committed to taking a science-based approach to reducing carbon emissions across the wine industry.

Familia Torres in Spain and Jackson Family Wines in the US founded the organisation in 2019. IWCA sets goals for member wineries to become Net Zero by 2050 across Scopes 1-3, ensuring constant reductions to meet intermediate targets by 2030 in alignment with the United Nations’ Race to Zero campaign.

The organisation, registered as a 501(c)6 nonprofit, now has more than 20 members spanning seven countries across five continents. It is overseen by a seven-person board of directors.

“You can not manage what you have not measured,” said Rob Symington at the IWCA press briefing on Thursday, criticising the “dinosaur mentality” of some wineries unwilling to get on board with the climate crisis.

Carbon capture and reuse and regenerative viticulture are just some of the methods being implemented by IWCA members to reduce their carbon footprint.

At a company level, Familia Torres has invested over €15million in renewable energies, biomass, electric cars, energy efficiency, reforestation and research since 2007. Between 2008 and 2020, the company reduced CO2 emissions (kg/bottle) by 34%, with a new goal of 60-70% reduction by 2030 and net zero by 2050.

Of the 2,000 tonnes of CO2 produced by fermentation at Familia Torres each year, 5-6% is being captured and reused. “But that will progress,” said Torres, calling all wineries in the world to do the same.

The IWCA currently has 24 member wineries, all of whom are required to make consistent reductions in CO2 year on year, working towards being carbon neutral by 2050.

“We can not afford to stand by and watch,” warned Torres, urging wineries across the world to join the campaign ahead of COP26 which begins next week.