Gaddi’s at The Peninsula Hong Kong will hold a six-course wine-pairing menu on 7 October to celebrate the remarkable history of the restaurant. 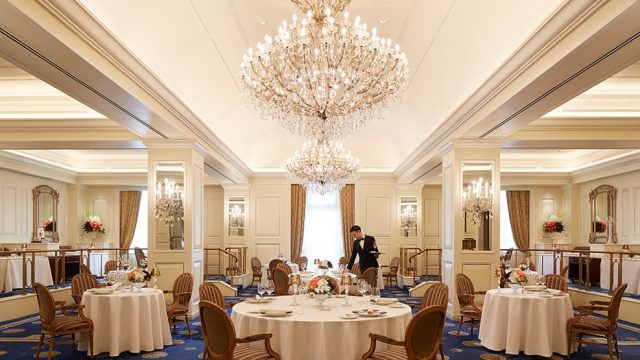 Hailed as “the best restaurant east of the Suez” when it first opened its doors in 1953, Gaddi’s was the first establishment in Asia to offer fine European cuisine, which it continues to do to this day – earning global recognition with a Michelin star.

The special event, named Gastronomic Memories, will transport diners back to the 1970s through a glamorous culinary extravaganza highlighting six key milestones in the restaurant’s history: The Origin: Leo Gaddi; A Legendary Maître d’hôtel: Rolf Heiniger; The 70s: A New Era; The Aesthetics; The New Millennium; and The Michelin Star.

Highlights on the menu include Brittany Turbot Argenteuil Roasted in a Fig Leaf with Matelote Sauce, which will be paired with the smoky and soft 1975 Château Mouton Rothschild. This wine intensifies the smokiness of the grilled turbot and elevates this light yet exquisite dish to another level.

Meanwhile, Limousin Veal Prince Orloff with Gratin Dauphinoise and White Piedmont Truffle will be complemented by a full-bodied 1970 Château L’Évangile from a double magnum.

Taking the event to the next level, a live jazz band will perform selected songs from the album “Live at Gaddi’s” at the restaurant.

The wine-pairing dinner is priced at HK$ 10,888 (subject to a 10% service charge) per person with limited seating available on 7 October 2021. For enquiries or reservations, please email the restaurant.