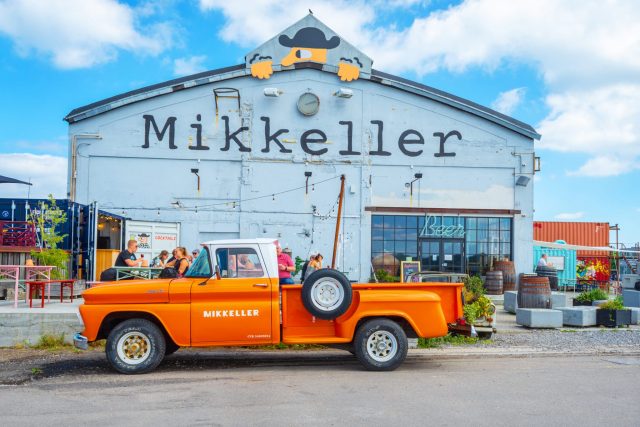 In response to sexual harassment allegations linked to Mikkeller, the craft breweries Northern Monk, Burnt Mill, Wylam, Verdant and North, initially declared a collective statement with plans to attend the festival on the condition that a meeting including Mikkeller as well as “those who have been on the receiving end of misconduct” takes place in an effort to transform the culture of the industry.

However, after responding to a backlash on social media highlighting how victimised persons should not have to come forward to talk in an intimidating environment to tackle such issues, the breweries released a follow-up statement with an apology withdrawing from the Mikkeller Beer Celebration Copenhagen (MBCC).

“Whilst our collective actions were born of a genuine desire to move the conversation around sexism in the industry forward, we got this one wrong,” said the brewers in a joint statement.

The collective stated that they still felt “meaningful and important” had taken place over the past few days and they had “listened to the concerns raised” and remained “committed to the spirit of change” but added an apology: “We will learn from this experience. We’re sorry.”

The about-turn follows Mikkeller’s recent response on social media to a number of breweries withdrawing from the MBCC this month after allegations of sexual harassment and gender bullying at the firm were reportedly left unchecked.

In previous years, the MBCC has showcased some of the most revered and influential breweries in the world and Mikkeller itself has played host to craft beer fans from across the globe. As a brewery, how it shapes its reputation among fans of its beer and peers within the sector going forwards will rely upon its next move.

In a statement this week, the brewer said that it supports “activism for social justice, safe workplaces and inclusion” and insisted that it has “responded clearly to any allegations of employee mistreatment at Mikkeller” reassuring that it will “prioritize a safe and inclusive workplace above all else.”

We reported news of accusations made against the brewer back in July. Four former employees described the brewery as being a place where gender-based bullying, including by management, were overlooked. You can read more here.