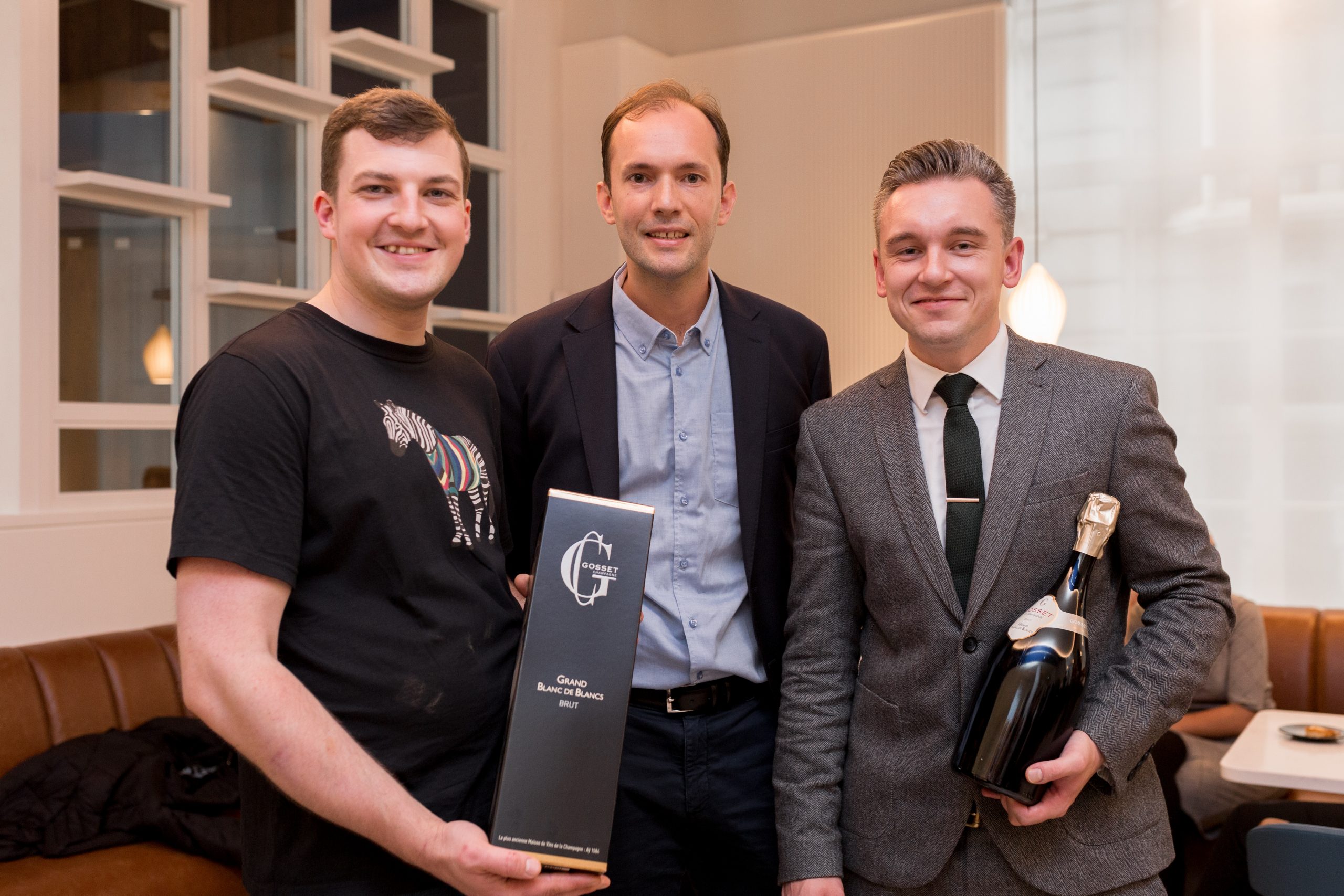 Finalists were tasked with creating a dish to match with either Gosset Grand Reserve or Gosset Grand Blanc de Blancs. They were then given a mystery box with a range of ingredients to choose from, but all creations had to include Berkswell Cheese – a sheep’s milk cheese – to create a final dish to match Gosset Grande Millésime 2012.

Dover sole with mushroom and bean fricassee, black garlic purée and Berkswell cheese and cream velouté was presented to the judges as their mystery round offering.

‘They nailed it with both courses,’ commented judge Will Oatley, MD of Louis Latour Agencies. “The concentration, the flavours, and the combination with the champagne. And both dishes were cooked to perfection.”

Now in its sixth year, the Gosset Matchmakers competition focuses on wine knowledge, its connection to food, and the relationship between sommelier and chef.

Davison and Eyre were each awarded a magnum of Champagne Gosset Grand Blanc de Blanc Brut, and have been invited to visit Champagne in early 2022 to be hosted for three days by Champagne Gosset. They will visit the chateau and vineyards, tour the cellar and enjoy a masterclass in blending and tasting with the chef de cave, Odilon de Varine.

This year was the pair’s second time getting to the final. Upon winning the competition, Davison commented: “We are both quite nervous of competitions, so we genuinely weren’t expecting to win.” He continued: “The industry has been so tough over the last 18 months that to come here and win was extra special. We can’t wait for the trip. I’ve not been to champagne before, to it’s great to have something to look forward to!”