What happens when you make gin in a fish smokehouse?

A Scottish distillery has teamed up with a local fish smokehouse to showcase two of Scotland’s oldest traditions in one unusual product. 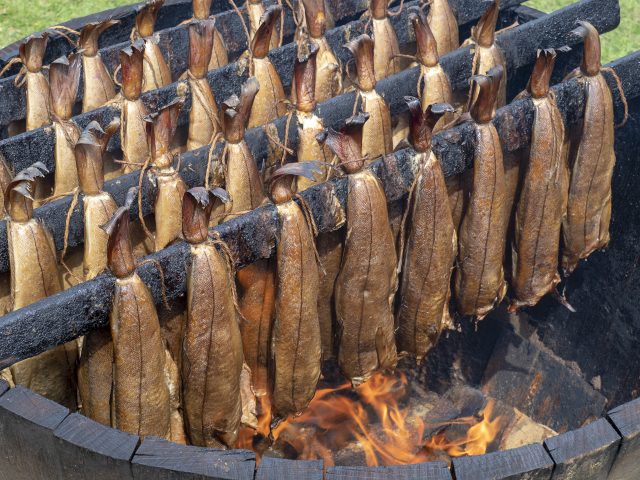 Forfar distillery Gin Bothy has partnered with smokehouse Alex Spink and Sons, which has been smoking fish over oak-wood fire since the 1970s, to produce a new limited-edition gin marrying two of the region’s favourite traditions.

The smokehouse, which specialises in making ‘Arbroath Smokies’ – fresh haddock cured in salt before being slow cooked in a fire-filled barrel – applied its smoking techniques to botanicals including juniper, orange peel, coriander and lemon, which were then used to make the smoked gin.

The distillation itself took place at the Gin Bothy distillery, half an hour’s drive away from the smokehouse, preventing the aroma of fish from penetrating the spirit.

The Gin Bothy Smoked Gin has a burned orange, deep citrus flavour with a smoky finish and its makers recommend sipping it neat, or serving it with a light tonic and a slice of orange, alongside smoked salmon or Highland game. 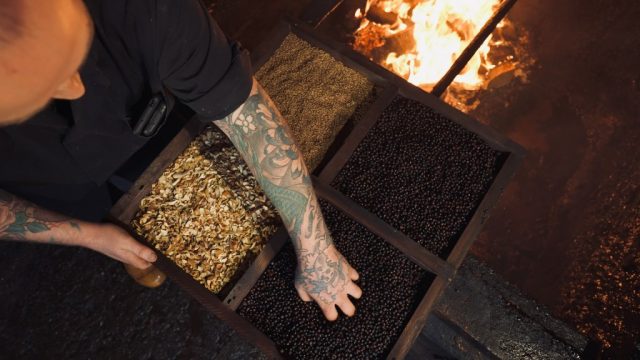 “The smoking of ingredients and products has long been part of Scottish culture,” said Gin Bothy founder Kim Cameron. “The bothy smokehouses dotted along the north-east coasts offer culinary secrets from recipes of old and it is here that we created our smoked gin.”

Gary Morrison-Lundie of Alex Spink and Sons said: “Smoking fish in the traditional method in a bothy smokehouse is one of the few traditional skillsets still being passed down the generations, using the same techniques and equipment as generations before us.”

Geographically protected like Parma ham and Champagne, ‘Arbroath Smokies’ may only be prepared within their area of origin and made using the traditional method. If the gin proves to be popular and the limited run extended, it would be interesting to see whether the spirit itself could also be included under this protected category in time.

The gin is priced at £35 per bottle and is available from Gin Bothy.