We reveal the extraordinary story of a war-wounded winemaker who’s revising the image of his source region with a top-end Cabernet called Soul of a Lion. 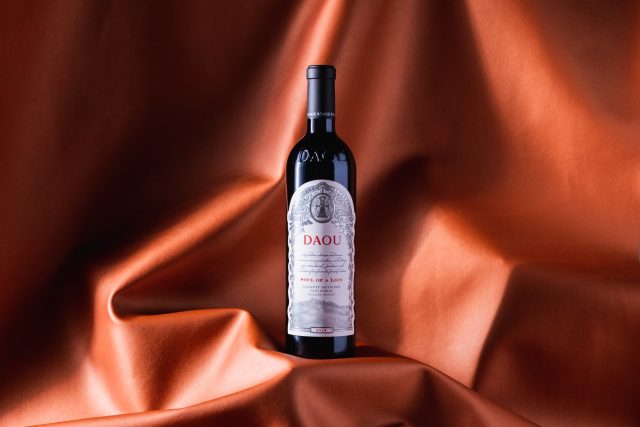 Released this week is the 2018 vintage of Soul of a Lion, a $150 Cabernet Sauvignon blend hailing from a hilltop location in California’s Paso Robles that was first made using fruit from the 2010 vintage.

It’s crafted by Daou Vineyards, a producer fast-gaining a name for creating serious reds from Bordeaux grapes in a region, Paso Robles, that is probably best-known for mid-priced wines from Rhône varieties, such as Grenache and Syrah, along with old vine Zin.

But firstly, why is this wine – Daou’s flagship bottling – been given this distinctive title?

It was named to honour the memory of Joseph Daou, the father of brothers Georges and Daniel, who are the co-owners of Daou Family Estates.

Daniel, who manages the winemaking for the property (while his brother George takes care of sales and marketing), told db that he created the wine following his father’s death in 2010 to celebrate “an incredible human being”, with “the soul of a lion”.

“We’ve been at the top and the bottom, and when we’ve been at the bottom, he always said you can come back to the top,” Daniel said of Joseph, drawing attention to his father’s inner strength, during an interview with db over Zoom earlier this year.

More specifically, such a remark refers to a traumatic change of fortune for the Daou family, who were enjoying a wonderful life in Lebanon, that is, before the civil war started in 1972. “It was a beautiful place, with skiing and swimming, amazing food and nightlife; we lived in a paradise, until it came to a halt very quickly.”

By that, Daniel is speaking about a missile that tore through the Daou house in Beirut in 1973 leaving him, aged eight, with horrific injuries that mean to this day he has shrapnel in his heart and partial facial paralysis.

His brother, George, who is four years older, was also badly wounded, along with his sister, Michelle, who lost the use of her hand and shoulder in the attack, and sadly died 11 years ago due to breast cancer.

In her memory, he makes a Merlot-Cab blend called Micho – his lifelong nickname for her.

Because Daniel’s mother had French citizenship, the family were able to emigrate to France within two years of the attack, and once there, all five of them lived between Paris and Cannes, financed by selling the Daou properties back in Lebanon – Joseph had run a successful furnishing business – until there was almost nothing left to live off.

When Daniel was 18, he decided to move to the US, along with his brother, where they both enrolled at UC San Diego to train as software engineers, studies which they funded by working in the region.

The brothers, then qualified and settled in California, in 1987 convinced their father to invest his last $50,000 in a start-up ­– Daou Systems, a healthcare tech business.

Just over a decade on, and valued at more that $700m when floated on the New York Stock Exchange in 1998, it was sold by the brothers, marking another extraordinary change in their fortunes – they were now multi-millionaires.

Daniel, newly-rich, decided to pursue a dream to become a winemaker, having developed a love of wine from his time in France as well as from his father, who had a fondness for the great reds of Bordeaux.

Speaking of this decision, he said, “I’ve been used to living outside my comfort zone, which is why when 40 years old, I abandoned everything and bet on being a winemaker.”

However, it wasn’t until 2007 that he found the right site and founded Daou Estate.

During more than eight years trying to find the best place to begin his wine business, Daniel said he had certain specific requirements – calcareous-clay soils (“because they are the base of the best vineyards in France”) – and a climate “right between Pauillac and Napa: we don’t want only two great vintages in 10, nor jammy wines with alcohol levels of 16%” – he said outlining his concerns about the conditions of these two respective regions.

Fitting these requirements perfectly was “a mountain on the west side of Paso Robles, 14 miles from the Pacific Ocean, where the climate is 4 degrees warmer than Pauillac, and 4 degrees cooler than Napa.”

It is here that Daou Estate is found today.

He says of the property, “We like to refer to our terroir as a rare phenomenon – I haven’t found another place with the soils of Europe and a climate between Bordeaux and Napa – and it means we can achieve ripeness in gentle way year after year.”

And it’s this place that’s the source of Soul of a Lion, which, with the 2018 vintage – released this month – combines Cabernet Sauvignon (75%), with Cabernet Franc and Petit Verdot to produce a wine that combines “elegance, freshness and power”.

It’s also a wine that’s turned Paso Robles from a region best-known for “great $10 wine” to a place now recognised as “creating the best wines of the world”.

Not only that, but considering the area’s reputation was centred on old vine Zinfandel and Rhône-style wines, he said that Daou’s success with Bordeaux grapes has also put the region on the map for fine Cabernet blends.

“Now when people think of high end Cabernet, they think of Paso Robles too.”

As for his achievements, he gives credit to the different countries that have been his home over his extraordinary life so far.

It’s also apparent that such a traumatic, uncertain childhood has created a winemaker brave enough to bring the world a newcomer Cabernet from Paso Robles at the price of an established Bordeaux blend from Napa.