Budweiser Budvar and Pivovar Clock have released a collaboration beer to enhance the reputation of all Czech beer globally. 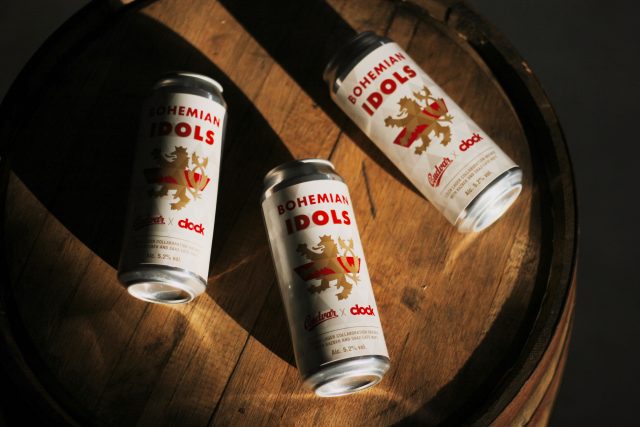 The beer, which is a 5.2%-ABV lager named Bohemian Idols will be available from October at a series of tap takeovers around the UK in a limited run of 20 litre kegs, as well as a small number of 500ml cans at select venues.

The name ‘Bohemian Idols’ is a link to the No Idols beer range brewed by Pivovar Clock, and also reflects both breweries’ place in the beer culture of Bohemia.

Bohemian Idols was brewed in the Pivovar Clock brewery in Potštejn, eastern Bohemia, by brewmasters Jakub Sychra and Aleš Dvořák of Budvar. For the recipe, the brewers used two Czech hop varieties, Saaz Late and Kazbek together with Budvar’s traditional malts, sourced from the Hana region of Moravia. The double decoction mashing process was followed by six weeks of cold conditioning in Pivovar Clock’s cellars.

Jitka Vlčková, managing director of Budweiser Budvar UK, said: “The UK is one of the most important markets for Budvar outside the Czech Republic itself, and so we’re delighted to be launching Bohemian Idols at a series of tap takeovers hosted by some of our closest on-trade partners. Czech brewing is a proud combination of tradition and innovation, and Bohemian Idols brings that all together with a new and refreshing take on the classic Czech lager.”

Sychra said: “Our aim was to make a classic Czech beer, but one that will have that extra zest of new raw materials, new hops, and a New World kind of taste.”

Dvořák added: “Budvar and Clock are very different breweries, but our love and passion for brewing is the same. The idea of this beer is to mix new hops with Budvar’s malt and yeast and take the classic Czech lager somewhere new, while retaining the core qualities of brewing that make Czech beer renowned around the world. We’ve learned so much from working with each other on Bohemian Idols. And, of course, best of all is that we have produced an amazing new beer for people to try.”

Tap takeovers, where consumers can try the beer, will be held during October and November at venues in London, Brighton, Manchester, Bristol, Worcester, Cardiff, Edinburgh  and Glasgow.