Japanese shochu is less well-known overseas than Japanese sake and whisky. As reported by Nikkei Asia, although Europe and the United States have relaxed the bottle volume restrictions, which created a good opportunity for Japan to expand its shochu exports, the pace of the Japanese shochu industry is not consistent in working towards the goal. 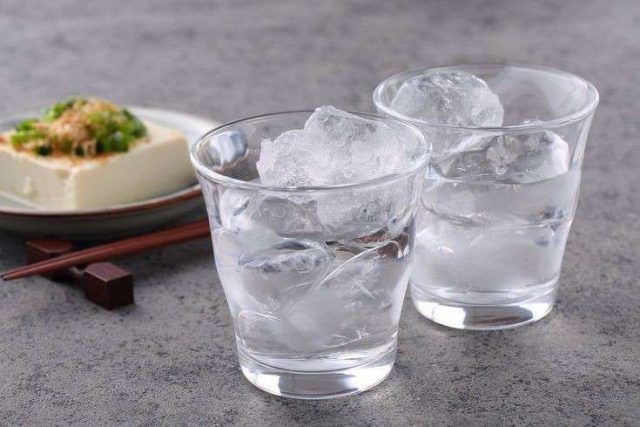 The reason why some Japanese distilleries began to promote shochu in overseas market is because that the European Union and the US have relaxed import restrictions.

Europe also relaxed similar restrictions in 2018. Although the European countries and the United States do not impose tariffs on Japanese shochu, the regulation on re-bottling has always been a barrier. On the other hand, these countries do not have such a container limit for Japanese sake.

Although the relaxation of restrictions in Europe and the United States may become a critical factor in Japan’s expansion of shochu exports, the entire industry has been slow to act. Nakayama Daiki, the president of the shochu export company Nanzan Bussan, said, “If the colour regulation’ is not revised, it will be difficult to expand the export of shochu.”

The “colour regulation” set in Japan since 70 years ago has become a hurdle for the export of shochu. In Japan, amber-coloured shochu, that has been matured in cask for a long time, cannot be shipped out of the country directly. Although the Japanese government has announced shochu as a key category to expand its exports, its international competitive edge has continued to diminish.

The regulation refers to the requirement set by the National Tax Agency of Japan that the color density of shochu should be about one-tenth that of whisky, in order to distinguish the two distilled products. Nakayama commented: “In the world, it is a rare practice to differenciate distilled spirits by color.”

In Japan, shochu is divided into two types: Type A extracts high-purity alcohol after continuous distillation and Type B undergoes slow distillation. Type B shochu is also called Honkaku shochu. If it is matured in wooden barrels for a long time, it will turn into a strong amber color like whisky. However, due to the colour regulations, distilleries generally filtrate or dilute the colour of the product before launching in market.

Some producers think as the amber colour is diminish, shochu does not look “premium” in the overseas market and hence attracts customers’ attention.

In addition to calling on Europe and the United States to relax restrictions, the Japanese government has now been working towards the relaxation of colour regulations. In February 2021, they revised the definition of “Japanese whisky” by, for example, the use of water in Japan. As such, the differentiation between whisky and shochu by color has become less and less significant.

But according to an insider from the Japanese government, due to disagreements in the shochu industry, Japan has postponed the relaxation of colour regulations. Because some people in the industry would worry about tax incentives for shochu.

In the 1980s and 1990s, in accordance with the requirements of the United Kingdom, who wanted to expand the export of Scotch whisky at that time, the tax rate of whisky in Japan dropped, which was similar to that of shochu. But now the tax rate for shochu with an alcohol content of less than 37% is still lower than that of whiskey.

Some distilleries which do not produce aged shochu would not agree to the relaxation of colour regulation as they are concerned the produce would be reviewed in the same taxation standard of whisky if the differentiation no longer applies.

The sales volume of the domestic shochu market in Japan reached its peak in 2007, and decreased by approximately 25%. In order to make up for the drop in domestic sales in Japan, the Japanese government included Honkaku Shochu as a key category in its export expansion strategy in November 2020. It is planned to increase the shochu export value to JP¥4 billion by 2025, which is three times more than the current value.