We reveal how Covid affected one of the largest wine businesses in the world, and what the group is doing as the virus subsides. 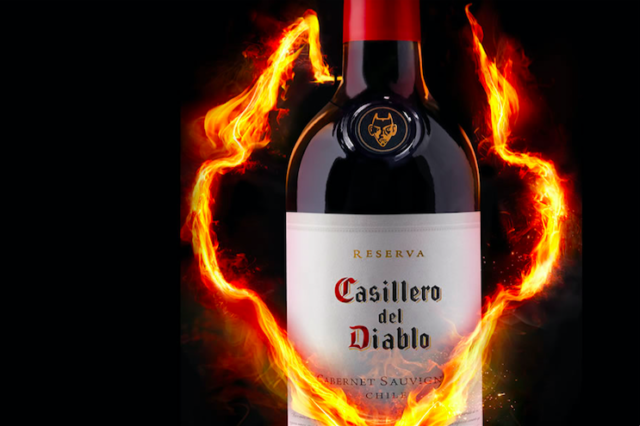 During the pandemic period of the past 16 months, it’s clear there have been winners and losers in the wine world, depending on a number of factors, but primarily linked to whether you had a strong presence in the retail and e-commerce sector of the market or not.

With both hospitality and tourism pretty much shut down for large parts of 2020, any brand tied to these sectors suffered, both suddenly and severely.

As for those with good distribution in the off-trade, with the vast majority of wine consumption forced to take place at home, this area boomed, but not necessarily for high-priced or esoteric products – uncertain times called for trusted brands, well-known wines and good-value drops.

And the impact of such change was felt keenly at the one of the biggest wine companies globally: Viña Concha y Toro, which is headquartered in Chile, the source country of its major brand: Casillero del Diablo.

This single company’s performance during 2020 highlights such a set of developments, as it experienced a bumper year for its big-brand retail-focused products, but not its more niche, top-end output.

“Last year the sales of our more expensive wines decreased a lot, but for Casillero, it was a beautiful year,” he recorded, adding, “We had more or less 20% growth with Casillero, which means 1 million more cases; it is huge.”

Helping such growth was a surge in demand for the wine in the UK market, and the company’s ability to supply such a rise: Concha y Toro never stopped production.

But it was also because, as Papa said, “After many years, the consumer recognises that Casillero is a safe and good brand.”

In contrast, the past year for the company’s “premium segment” – defined as those wines priced £15 or more in the UK – which includes its Marques de Casa Concha brand, “was a disaster”, said Papa.

“The first semester of last year was very bad – our premium wines were 35% down, but something happened in second semester – ecommerce started to really grow, and it helped us to recover some numbers,” he continued.

Looking to this year, he added, “We hope to keep the size we’ve reached.”

So how will Conch y Toro do this? Well, one aspect relates to supply. “We are adjusting the inventories of our wines, defining which blocks work best for the next harvest and working hard to increase the amount of grapes for the Casillero del Diablo range – this is critical,” he said about meeting the newly-expanded demand for the brand.

But the group has also decided to put a greater emphasis on the finer wines in its portfolio by grouping them together, and marketing them separately.

Papa explained, “We have created the Cellar Collection – which are the wines of the Conch y Toro portfolio which are on the top level – but not including Don Melchor [which now exists as a separate entity].”

Such wines, which amount to fewer than 10, including the likes of Amelia and Terrunyo, now have their own, dedicated team, who will focus on the communication, according to Papa.

“When you have a big portfolio – sometimes those wines that are not big in cases can get a bit lost – so the idea is to keep the focus on those wines that show the best of the company and Chile,” he added.

Another aspect that the group is pushing, and an area that consumers are increasingly interested in post the pandemic, is the sustainability of production methods.

For example, as reported by db earlier this week, organic wines are growing – a sector well served by Concha y Toro’s Cono Sur wines from Chile, its Fetzer winery in California, along with the 100% organic Emiliana Winery (which is owned by the Concha y Toro’s Guilisasti family as a private entity).

However, for the wider portfolio, the group is investing in more sustainable approaches, having recently gain B Corporation Certification for all its operations, and is now turning its attention to regenerative agricultural practices, which are an increasingly powerful set of measures to increase the carbon content of vineyards to the benefit of soil health, wildlife, and grape quality, while helping to sequester carbon from the atmosphere.

Papa said, “It’s challenging but rewarding, and we are deeply excited by the initiative, which helps to enrich the soil and enhance biodiversity in the vineyard.”

Finally, the company has eyed two further opportunities. One concerns the Chinese market for Chilean wine, which is looking more promising for the nation since China imposed tariffs on Australian wine, leaving Chile to potentially fill a gap left by the newly-pricier Cabernets and Syrahs from Australia.

Papa said that the wines are performing well, especially the more expensive one, which he said was projected to sell as many as 11,000 cases in China by the end of next year.

As for the other area of growth, that concerns the newly introduced Diablo Dark Red from Concha y Toro, which, like brands such as Apothic by Gallo, is a blended red wine with a touch of residual sugar.

Noting that it is doing well in the US, he also said that to his surprise it was “flying” in the UK, and, as a result, he is working on expanding the range under the Diablo brand, taking in a selection of varietal wines, starting with Cabernet.

In the future, he’s also going to add a Diablo white, with an “opulent” style of Chardonnay – a type of wine that is back in vogue, and growing in the UK particularly, with labels such as Bread and Butter, which has made its success with a oaky style of Californian white that until recently was considered out of line with prevaling consumer tastes.