Concha y Toro has added a new distribution subsidiary VCT China (Gan Lu Wine Trading), which used to be the company’s sales office in Shanghai, to its network of global offices.

Cristián López, Viña Concha y Toro’s corporate export director, commented, “China is a key market for our commercial strategy, and as such, incorporating this office was the next step in our plan. Our network of offices—nine globally, including offices in the United Kingdom, Brazil and Nordic countries—have performed strongly, and have been key to the outstanding results in those markets, where proximity to our customers has been a major strength. We are convinced that establishing direct distribution will be a decisive factor for our growth in China.” 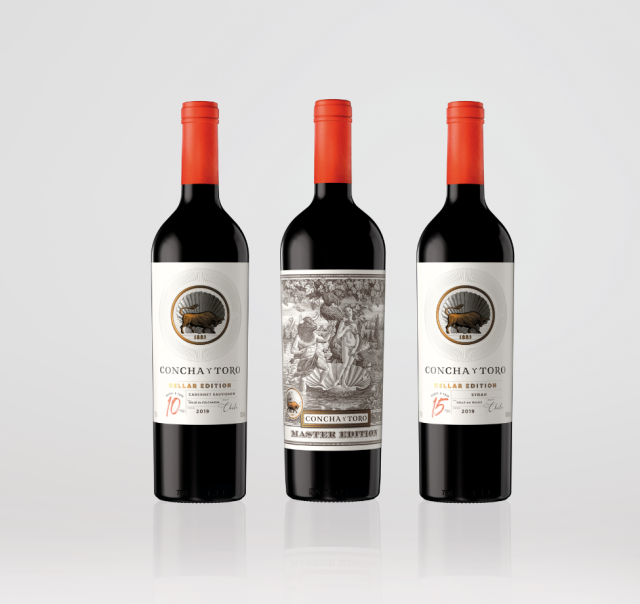 and inaugurated its sales office in Shanghai in 2013. The Casillero del Diablo and Concha y Toro brands are among the top ten most recognized in the country.

“We know the market very well, and we want to increase our presence in order to be closer to our Chinese consumers”, added López.

Also, the company has selected China for the global launch of ultra-premium wine category of Concha y Toro brand, the holding’s founding winery.

“A couple of years ago, when we started to design a new brand for the ultra-premium segment, we saw the great potential of the Concha y Toro brand. For that reason, we wanted to honor its heritage with a contemporary twist, emphasising and breathing life into the brand’s historic elements, the bull and the shell.

“Craft and art are interwoven in these new wines, which fully reflect our winery’s tradition and know-how. This brand expresses our mastery, balance and years of experience”, explained Isabel Guilisasti, Viña Concha y Toro’s VP of Fine Wines.

According to the company, the decision to launch this global brand in China “is not merely a coincidence”.

Guilisasti said this is the first time that the firm has selected China for a global launch, and Concha is doing so in the knowledge that this brand will be of special value for our Chinese consumers, who hold Chilean wine in high regard, and have shown great appreciation for and interest in their wines.

“Additionally, the Chilean wine industry maintains very good commercial relations with China, a key destination in which, through this flagship brand, we want to contribute to positioning the extraordinary quality of Chilean wines”, she added.

In 2006, Chile signed a trade deal with China in 2006 and the export value of wine to China has rocketed since then. In 2019, China is the leading destination for Chilean wine export – close to US$331 million worth of wine were exported to China that year.

As the relationship of China and Australia turned sour, it is said that Chile, already being one of the top import wine countries to China, will take advantage of the gap and continue to expand their exposure in the country.