The battle to claim a march in the burgeoning hard seltzer market has moved to the US courts. 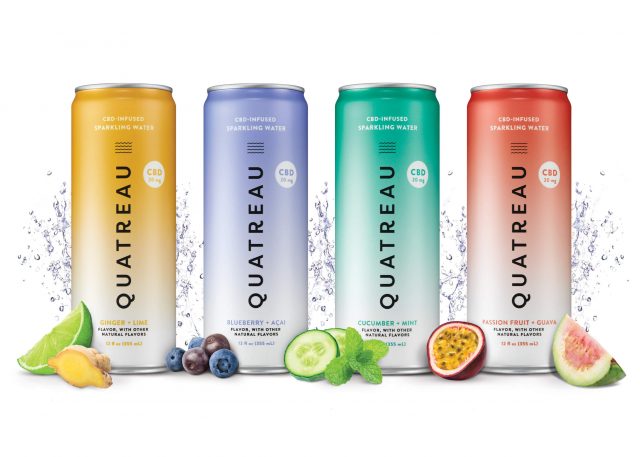 Canopy Growth, North America’s leading legal cannabis company, is being sued by Remy Cointreau at the same time as Canopy’s biggest shareholder, Constellation Brands, is in a fight with Anheuser Busch InBev over the right to use the Corona brand name in the alcoholic flavoured water sector.

According to Reuters, Remy Cointreau alleges in a Manhattan court, that the Canadian cannabis company’s Quatreau infused sparkling water infringes and dilutes its trademarks.

The French group, which sells about four million bottles of its famous orange liqueur in the US every year, claims that the similarity of the Quatreau brand name, its pronunciation plus the fact that Canopy is selling the seltzer through the same trade channels will confuse consumers and damage its business.

Part of Remy Cointreau’s case is that it is examining the prospect of launching its own non-alcoholic drinks range. Papers lodged with the court say the Cointreau liqueur was created in 1849 and has been sold in the US since 1885.

Reuters reports that the complaint also says that Quatreau will cause confusion with Cointreau based on their aural similarity, use of “treau”, and sales in the same bars, restaurants and shops.

Canopy’s launched Quatreau in the US in March and the French allege it chose the name to trade off of its reputation, instructing customers to pronounce it as “kwatro”, which is identical to “Cointreau” minus the letter “n”.

Remy Cointreau also said Canopy plans to add THC (a cannabinoid molecule in marijuana that produces the main hallucenogenic effect) to Quatreau, which it already does in Canada, as soon as it is legal in the US. 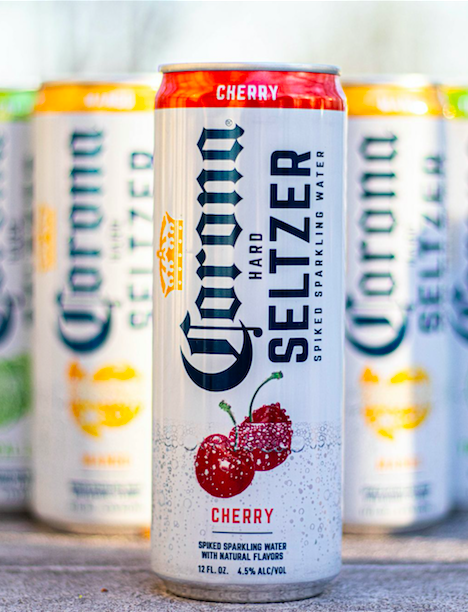 That, it claims, would make it more likely to cause confusion because THC-infused drinks are “intoxicating and often consumed for those effects just as alcoholic beverages are.”

Remy Cointreau’s action continues: “Thus, not only will products bearing the Cointreau mark appear alongside Quatreau CBD products on the same shelves in the marketplace, but consumers recognize that both Cointreau and Quatreau waters could be sold. Such circumstances exemplify the defendants’ intention to trade off the market dominance and fame of the Cointreau mark.”

Meanwhile, an even bigger battle is raging over use of the Corona brand name. Synonymous with the premium Mexican beer, the name is owned globally by AB InBev.

However, as part of the competition approvals process involved with the $20bn takeover of Grupo Modelo in 2012, the Mexican-Belgian giant and world’s biggest ceded the US rights to produce and market the Corona brand to Constellation.

Owning those rights has transformed Constellation’s fortunes in the past few years, so much so that beer comprises some 80% of its business and it has sold off many of its commodity wine lines to Gallo.

It is also preparing to launch cannabis-infused products with Canopy as soon as US federal law allows. They are already legal in some states.

Constellation has been driving hard into the hard seltzer market with a Corona line and holds about 7% of the US market. But AB InBev is crying “foul” at the same time as launching its own products under the Bud Light banner.

The licensing deal with Constellation, it claims, covers use of the brand name only for beer and does not include alcoholic flavoured waters, a category that was in its infancy back in 2012.

Last year, by contrast, the hard seltzer market was worth US$600 million and was predicted by UBS to grow to US$2.5 billion by the end of this year.

No wonder that AB InBev, which holds 40% of the US beer market, is racing to catch up and is spending US$100m to boost its production capabilities.

Constellation, for its part, is arguing in court, that it has rights to use the Corona name in the US for any refreshment product. With so much at stake, neither side is inclined to back down.