British Columbia declares state of emergency due to wildfires

A state of emergency has been declared in British Columbia, Canada’s westernmost province, due to the escalating spread of wildfires in the region. 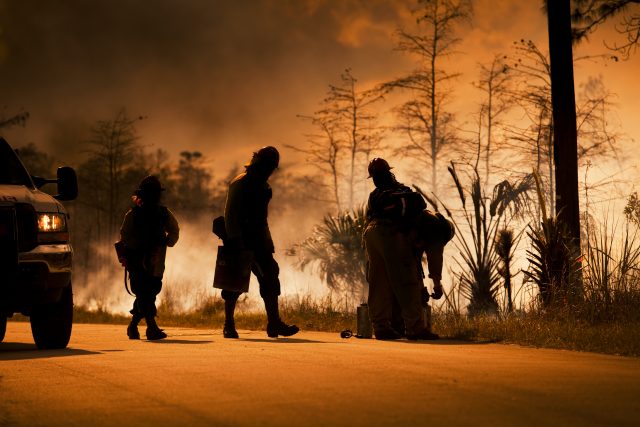 As reported by the Vancouver Sun, the B.C. government declared a state of emergency in the province on 20 July, which goes into effect from today.

The move allows the government to secure accommodation for fire evacuees, and to restrict travel around the province as the fires continue to spread.

“We will be facing some days of very difficult weather in the Interior. What we’re concerned about is wind events and dry lightning,” Mike Farnworth, B.C.’s minister of public safety, told the Vancouver Sun.

As reported by the paper, Ottawa is sending 350 members of the Canadian military to help with firefighting efforts around the province.

Strong winds forecast until tomorrow are due to exacerbate the situation and help the fires to spread further in the southern Interior and southeastern B.C.

Residents have been told to remain on high alert. There are currently 299 wildfires burning throughout B.C., including 145 new fires that have started in the last week, which has led to 40 evacuation orders and 69 evacuation alerts.

According to B.C. Wildfire Service, nearly 3,000 square kilometres have burned in the province this fire season, significantly above the 10-year average.

The Okanagan Valley has been particularly hard hit by the fires, where one has grown to over 2,000 hectares near the town of Osoyoos, leading Nk’Mip Cellars on Rancher Creek Road to be evacuated, though many wineries remain open.

Anna Manola, owner of Silver Sage Winery north of Osoyoos, told the Vancouver Sun that the strong winds had helped to clear surrounding area of smoke. For now, the winery remains open.