Wines of Portugal is launching a UK-wide campaign targeting the UK independent retail sector which will use non-wine related social media influencers to boost the visibility of Portuguese wines in local wine merchants. 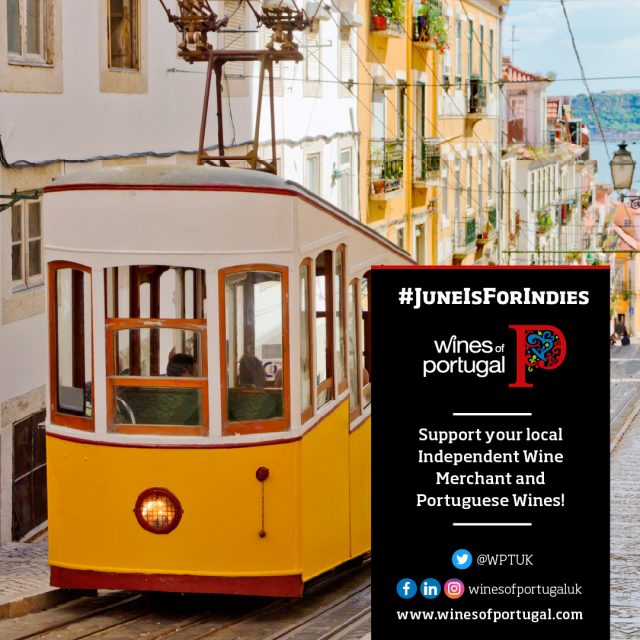 The Wines of Portugal month #JuneIsForIndies campaign will run from 14 June, with participating indies focusing on Portuguese wines both in store and online, through tastings, special events and promotions.

Fifteen indies are taking part in the campaign, having being selected by Wines of Portugal following an appliction process. Each retailer, who attended  an educational seminar hosted by Sarah Ahmed, has received a generous support package, alongside a digital ‘tool box’, point of sale material, to promote Portuguese wines, with online support available to them.

In addition, each indie has been paired with a local social media ‘influencer’ who will help raise awareness of the Portuguese wines in the local store, using the hashtags: #JuneIsforIndies and #WinesofPortugalUK and encourage their followers to support their local independent merchant.

Indies taking part include Bar Douro, Cambridge Wines Merchant, Duncan Murray Wines, Philglas & Swiggot and Loki Wines. A landing page, listing all the participating retailers with contacts and addresses, has been created to help facilitate access to the promotions, tastings and other activities the indies are running.

“People coming to independents are looking for something a bit different and Portugal provides that in spades,” Duncan Murray from Duncan Murray Wines in Market Harborough said. “The wines are food-friendly, there’s a versatility, the flavours are really exciting and there’s a real difference between the same grape in the north, the middle and the south”.

The UK is Portugal’s third biggest market, after France and US, and saw the biggest growth in 202o and the first quarter of 2021. In a recent survey, Portugal ranked 4th as the country with the highest growth potential, with 28% of wine merchants who responded saying they were seeing growth in Portuguses wines, according to Frederico Falcão, Chairman of the ViniPortugal board.