In focus: The pulling power of celebrity wines

Rowena Curlewis, CEO of drinks branding specialist Denomination, on the pulling power of celebrity wines and why the industry needs strong brands in order to survive. 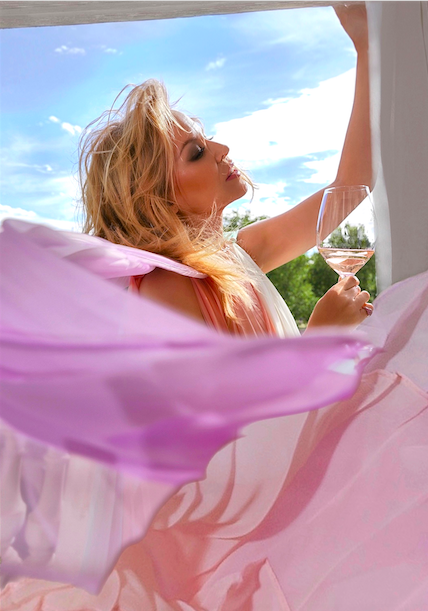 Many of us grew up with Kylie Minogue. Back in the ‘80s, we watched her marry Scott in Neighbours, then join the Stock Aitken Waterman pop factory. Three-and-a-half decades later she is still in our lives as a respected singer. She’s got star staying power.

And the marketing bods know it. Ever the entrepreneur, Kylie has leant her name to fragrances, lingerie, homeware, books, DVDs, even furniture. But perhaps her most successful brand to date is her wine range, which she launched last May. Since then she has sold over a million bottles. It’s said to be one of the most successful and fastest-growing wine brands to have been launched in the UK.

Last month a rosé Prosecco was added to the line-up. Made in collaboration with Benchmark Drinks and family-owned Prosecco specialist Zonin, the pale pink fizz has notes of ‘fresh strawberries, raspberries and blossom’.

Yet there’s a big part of the wine community that considers branded wines of any kind – let alone celebrity versions – a travesty. Supermarket wine buyer Charlie Ingham said as much in an article in The Buyer, a B2B title for producers, distributors, wine merchants, restaurateurs and sommeliers. He believes that brands don’t really have a place in wine, and that wines should be about authenticity, credibility and history.

Ingham is trying to encourage exploration and diversity in a category that has plenty of room for both. The trouble is, it’s only those consumers that have the confidence to explore that have less need for brands. Other less knowledgeable consumers rely on brands, or celebrity endorsement, to provide the safety and security they need to feel positive about their buying choices.

Wine is social currency: it reflects who you are, your values, and your real or aspired socio-economic status. So brands can be a good way of ensuring the message you want to give out to your friends and family is clear and on point. 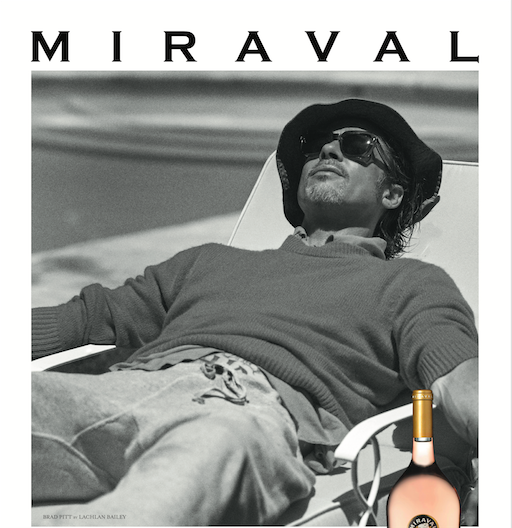 Celebrity brands, and brands in general, provide security and credibility in a market that is complicated and confusing. Even if the celebrity ownership is covert, like Angelina Jolie and Brad Pitt’s Miraval, or overt, like Wines by Kylie Minogue.

It’s nothing new. Champagne producers have been branding and marketing their wares for centuries. They collaborate with the art, fashion and music industries to broaden their appeal and transmit an air of elitist cool – Dom Pérignon and rock star Lenny Kravitz; Beau Joie Champagne and fashion house Marchesa; Moët & Chandon and fashion designer Yoon Ahn to name but three.

In all kinds of categories, from beer to cosmetics to sportswear, consumers want to identify with their ‘tribe’. Wine is no different for many people. Through their wine brand choice, and by aligning with aspirational, likeable celebrities, consumers have something with which to connect and identify.

And that’s becoming increasingly important, as winemakers look to expand their markets. Last year, French wine exports fell by nearly 5% in volume and almost 11% in value, down to €8.7 billion when compared to 2019. Wine consumption among Americans is on the decline, too, according to the alcoholic beverage analytics database IWSR, which found that Americans consumed less wine in 2019, ending the consistent rise in consumption since 1994.

So new connections need to be made. To cross one’s fingers and hope target consumers figure things out for themselves as they shuffle nervously down the booze aisle hardly seems like a good business strategy in a market that is changing at lightning speed. 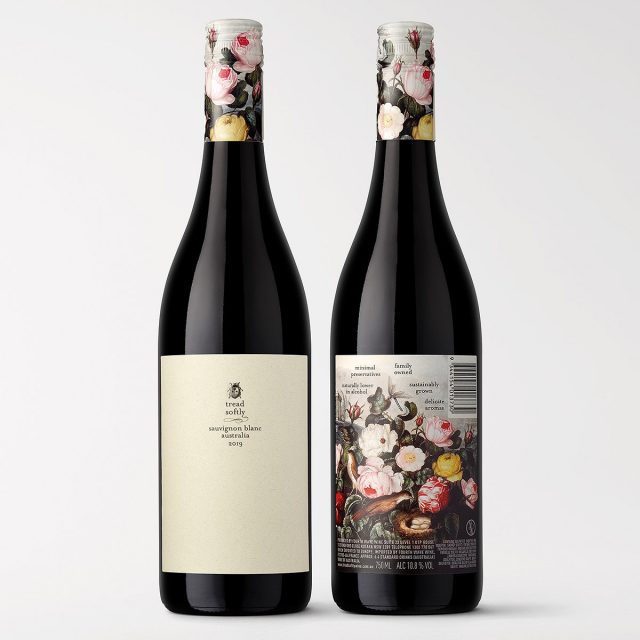 A well-thought-through brand strategy and identity enables you to identify your consumer and communicate with them clearly about the things that matter to them. Australian organic wine producer Fourth Wave created Tread Softly as a ‘next generation wine for the next generation of drinker’ in response to the increasing appetite for lighter wines that taste good, while having minimal environmental impact.

The semiotics of the labels support the name, with graphics that are delicate and considered. It’s a daring, restrained approach, but the design aesthetic was developed with a softness that complements the brand premise and name. Overall, the brand celebrates the wine range’s pioneering, eco-aware spirit and communicates that the wines are better for the planet and the consumer. An eco-stamp on the back of a traditionally presented label is never going to communicate that messaging in as powerful and engaging a way.

It’s a mistake to think of branding – whether celebrity or not – as somehow reductive. Heemskerk Wines’ Georg Jensen Hallmark Cuvée, for example, is a super-premium, contemporary brand for which style and design is an integral part of the wine experience. The brand captures the integrity, purity and elegance of Tasmania’s cool climate. Or Penfolds’ Quantum, the last word in serious luxury and esteemed brand design. 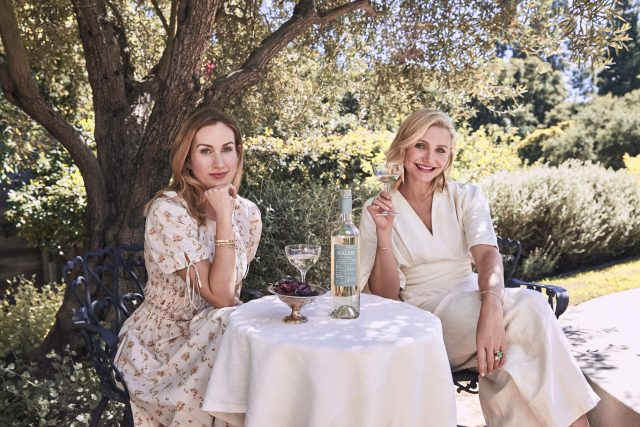 It can go wrong, however. Cameron Diaz’s Avaline is branded as a ‘clean wine’ to counter all the ‘unnatural’ winemaking practices out there. It’s a hook for mainstream wine drinkers, but the issue is credibility. The term ‘clean’ is misleading and problematic and creates a sense of mistrust across the entire category.

The reality is that this brand still filtrates the wines using agents such as pea protein, bentonite clay or cream of tartar. It’s no ‘cleaner’ than any other organic wine out there, and less ‘clean’ than many natural wines.

Kylie makes no such claims. And if you’re looking for a joyful sparkling pink to bring some much-needed levity to your evenings as we start to enjoy the warmer weather and mixing with friends in a post-pandemic world, what could be better?