Actor Nick Offerman, best known for his starring turn in Parks and Recreation, has partnered with Lagavulin to create a limited-edition whisky that is finished in Guinness beer casks for four months.

The process leads to the enticing married flavour combination “of the intense peat and charred wood notes of Lagavulin with the roasted coffee, dark chocolate and sweet caramel notes from the Guinness casks,” per a press release.

“The opportunity to collaborate on this truly sublime, smoky giggle-juice renews my gratitude for the simple things in life, like a father’s love, and the good manners he taught me,” Nick Offerman said of the collaboration.

The limited-edition whisky is released ahead of Father’s Day and has an SRP of $79.99. 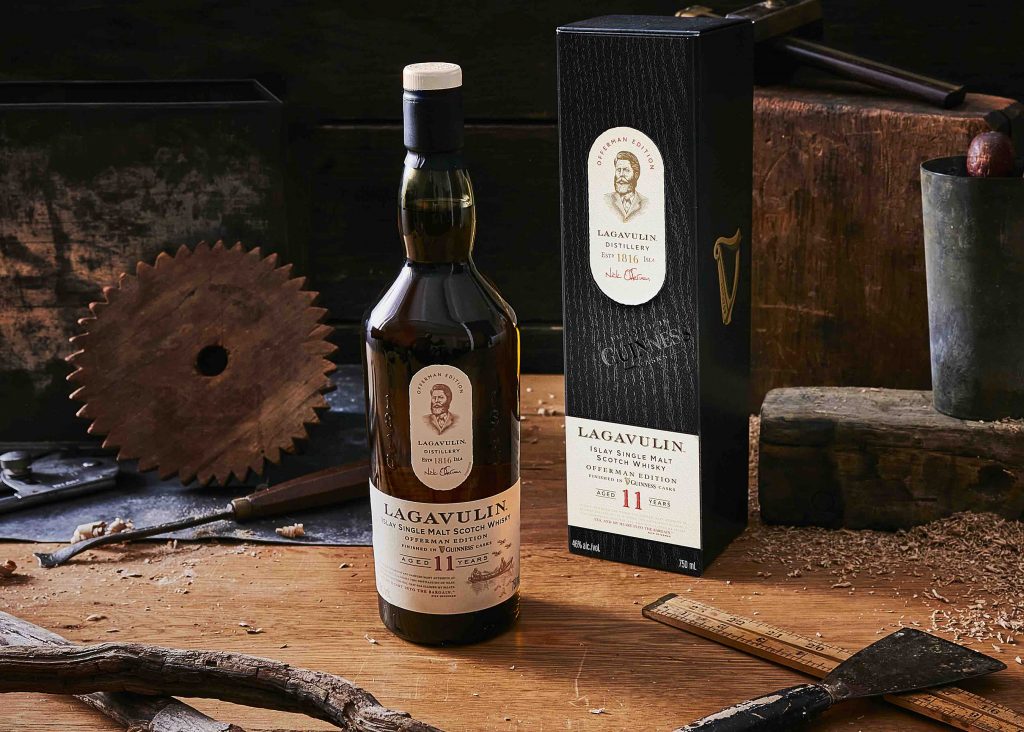 Nick and his father Ric share a tradition of enjoying a dram of whisky or a bottle of cold Guinness after a hard day’s work – this new release allows them to marry their two favourite tipples.

The limited-edition release will be available in the US “wherever fine spirits are sold”, as well as on Drizly.com and ReserveBar.com, per a press release.

We previously wrote about Nick Offerman’s initial collaboration with Lagavulin. You can read about how it all started here.