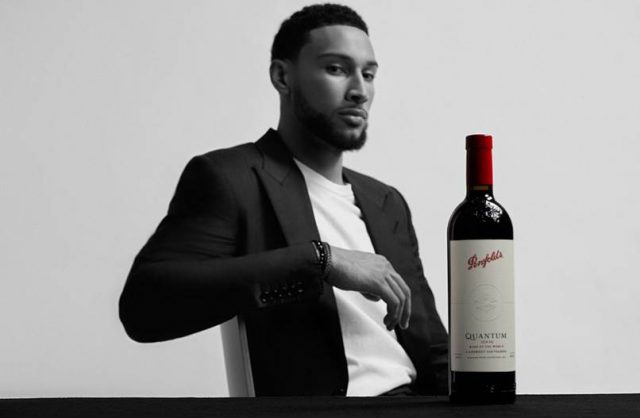 As it launches its new California Collection, Australian wine brand Penfolds has partnered with Australia-born NBA star Ben Simmons. Simmons will star in a digital and social media campaign across North America in the coming weeks.

He said: “What an amazing opportunity to partner with such an iconic Australian brand. As a younger wine consumer, I am looking forward to being able to grow and learn with the Penfolds family, and to take my family, friends and fans along for the journey. I identify so much with what Penfolds represents; always pushing the boundaries and constantly striving for excellence. I am looking forward to some great times ahead.” 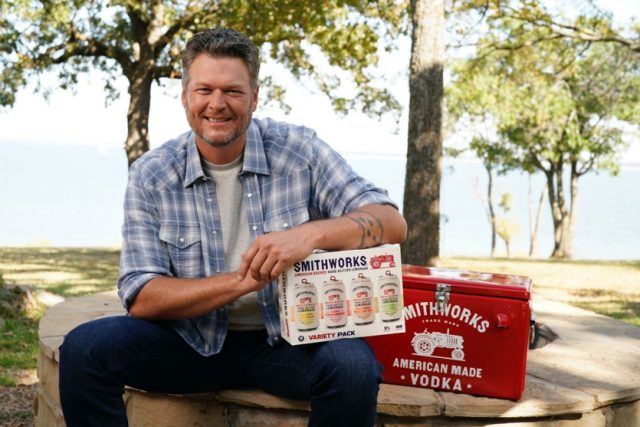 Shelton said: “I am excited to officially announce the launch of Smithworks American-brewed Hard Seltzer Lemonade, each flavour inspired by a place that’s home to me, the heartland.  More special than ever coming out of the past year, we are extra excited for the Smithworks Hard Seltzer Lemonade launch, so we can enjoy all the feelings of summer, appreciate the good stuff and get back to some fun.” 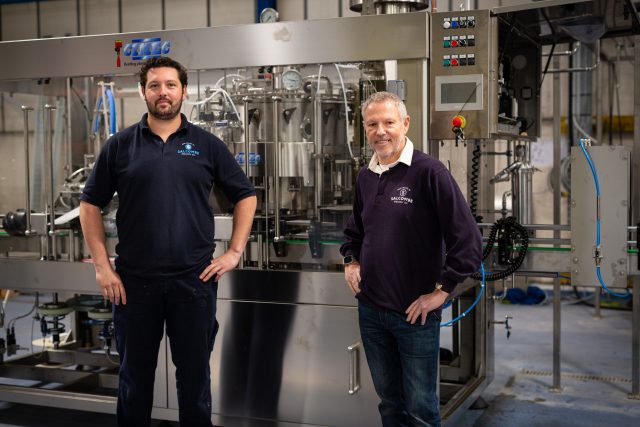 UK brewer Salcombe Brewery announced that it has made a “major investment” in its brewing and packaging facilities with an additional site. The development will fund the launch of its first canned products, its first lager and help to increase partnerships with leading south west hospitality businesses when they reopen.

Salcombe Brewery Co. chairman, John Tiner said: “While the last year has been incredibly challenging for our industry we have taken the opportunity presented by the lull in trade to open a second site. This site complements our existing brewery at Estuary View and will house our own bottling, canning and kegging lines. We have also tripled our brewing capacity and introduced new cardboard packaging across the board to replace plastic.”

“In addition to the packaging and fermenting capabilities at the new site, we are also moving our cask and keg storage together with our distribution activities from our brewhouse at Estuary View. This will enable the brewhouse, tap room and shop to offer a broader range of experiences to our visiting customers. The expansion means we will be able to support the local community through increased employment and to open up new markets, both locally and further afield, for our Heritage and Discovery range of beers.” 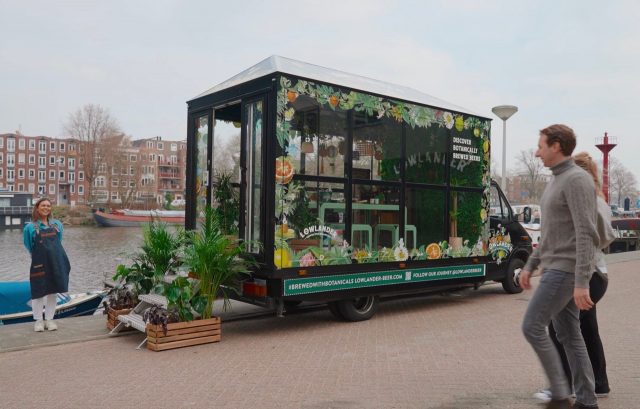 Dutch brewer Lowlander has decided to bring the beer garden to the people. It has unveiled what it claims is “the world’s first mobile beer garden”, which can be driven to different locations.

Chief botanical officer and Lowlander founder, Frederik Kampman said: “In times like these – when not much is possible – we are extra motivated to find ways to give people a taste of Lowlander. With the launch of our Botanical Beer Garden To Go, we get to offer an out of home, yet close to home experience full of naturally delicious beers, snacks and service. And isn’t that exactly what we need right now?”

Italian beer brand Birra Moretti has launched its first global advertising campaign with the tagline: ‘the home of life’s simple pleasures’. Being shown in the UK from today, the advert was shot in the city of Arezzo in Tuscany and directed by filmmaker Martin Aamund. It features a young Italian man called Fabrizio, who uses a bucket, rope and his neighbours’ community spirit to gather the ingredients for the perfect afternoon aperitivo, in exchange for an ice-cold Birra Moretti delivered direct to their balcony.

Brand Unit director Matt Saltzstein said: “Italians are famous for enjoying the simple things in life, but those moments don’t just happen. Instead, people in Italy stop and make time for them – and never more so than right now. We know consumers increasingly value experiences over material possessions and we’ve seen in the last year how inventive they’ve been in creating moments that matter with each other during lockdown. Birra Moretti’s mission has always been to get people to enjoy life’s simple pleasures – whether physical or virtual! By helping them feel part of the authentic stories of Italy, we want to inspire them to stop and embrace the Italian way of life with great food, great company and great beer.” 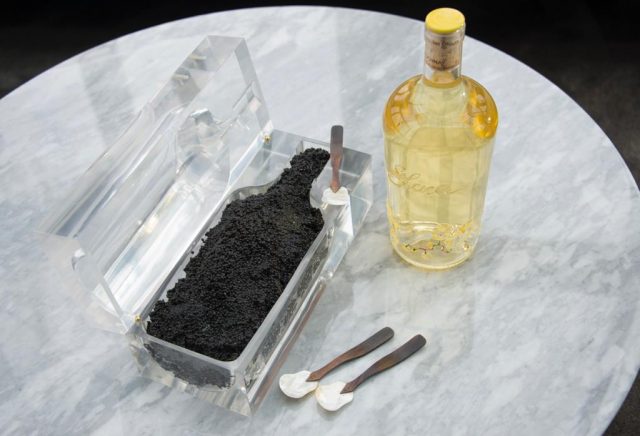 In accordance with the established tradition, a Cuvée Elena Magnum will go on display at the Red Dot Design Museum, along with other winners. The awards have over 18,000 submissions each year from some 70 countries.

Only available in magnum and made from Chardonnay grapes, annual production of the wine is limited to 1,300 bottles. Each of the magnums is handmade by master glass blowers auro Falco and Joel Lafargue at Waltersperger, France’s oldest artisanal glass factory. The case (pictured) is made from transparent cast acrylic, which can be reused. 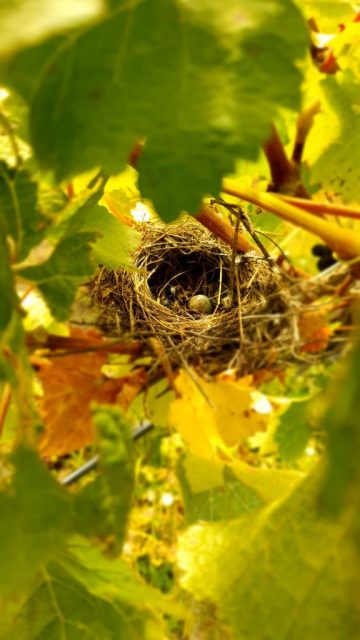 The team at Domaine Thomson Wines in Central Otago, New Zealand made a surprising find during the harvest this year. Co-founder PM Chan said she believes it’s a starling’s nest.

“The last 12 months have been difficult in so many ways, but we thought this picture captured the spirit and hope of a better year ahead,” she said. “Best wishes from us to northern hemisphere vignerons for their growing season that is now underway. Wishing you a superb vintage 2021.” 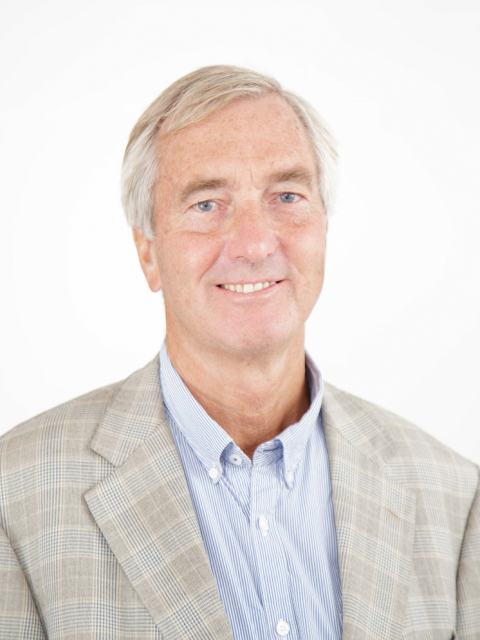 The board of industry body WineGB announced that Peter Gladwin, owner of Nutbourne Vineyards, is to step down from the board at the next AGM, planned for 27 May. His position will be taken up by the current deputy chairman, Nick Wenman, of Albury Vineyard in Surrey.

Simon Robinson, chairman, said: “WineGB was formed in 2017 and has now firmly established itself as an effective voice for the UK wine production industry and a valuable resource for our members, so it is time to consider the next steps. We moved decisively forward with the appointment of Simon Thorpe as our chief executive last year. But good boards also plan their own succession in good time and we have been thinking about these matters for some time now. In the modern world, it is also important to ensure that the board is diverse and effective and this is likely to be the first part of a number of board changes which will be announced over the coming months. I must pay tribute to Peter Gladwin. He has been a tower of strength as deputy chairman, having led the old UKVA team in the merger with EWP and thereafter putting a huge amount of effort into enabling WineGB to grow and succeed. He has been particularly responsible for our finances, the planning and execution of our annual awards and the appointment of, and relationship with, our sponsors and partners. He will be greatly missed and deserves our thanks.”

Two brewers have launched new campaigns highlighting their eco-friendly credentials this week. AB InBev’s Budweiser has launched a new advert, revealing that every can, bottle and keg of its beer made in the UK has been brewed with 100% renewable energy since January this year.

In 2018, AB InBev’s UK division, the Budweiser Brewing Group UK&I (BBG), signed what is claims was the UK’s largest privately-funded solar power deal. Having constructed two solar farms and a wind turbine, it now generates enough renewable energy to power not only Budweiser’s brewing operations, but also those of the rest of its portfolio, which includes brands Stella Artois, Corona, Bud Light and Becks. 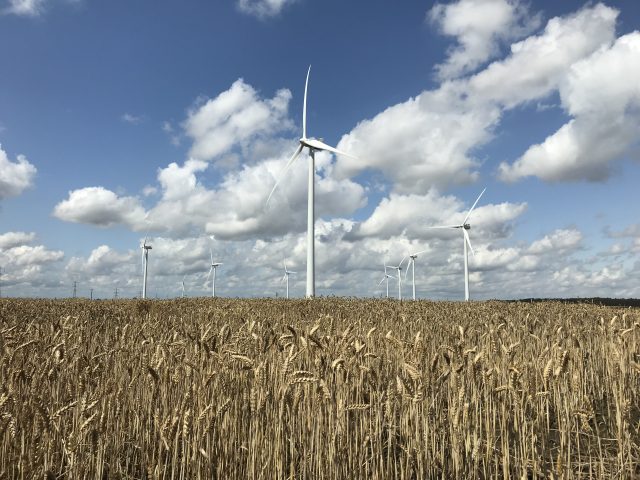 Joining Budweiser is Molson Coors. The maker of brands including Carling, Doom Bar, Coors and Aspall Cyder, now produces all of its products from green electricity. A purchase power agreement with renewable energy company RWE will see RWE will deliver around 75 gigawatt hours of green electricity per year. The 10-year agreement has meant that the company is on track to achieve its 50% emissions reduction target in the UK four years ahead of schedule. 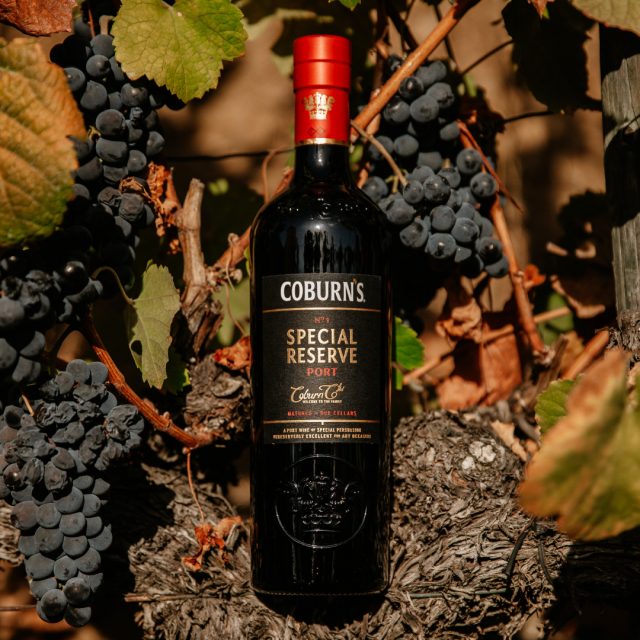 And now for the April Fools. First up is Port label Cockburn’s, or should we say Coburn’s. For its April Fool, Cockburn’s said it would be changing its name and label to Coburn’s to help people pronounce its name correctly… 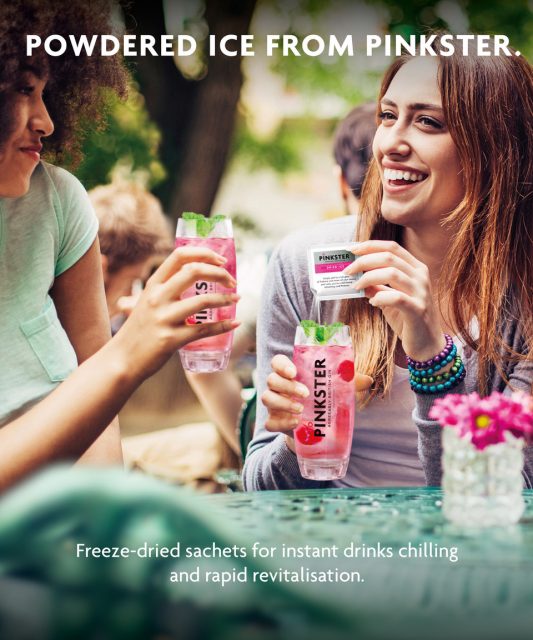 Will Holt, Pinkster director, joked: “This was an unexpected by-product of our PS010421 project where we’ve been busy exploring ways to freeze-dry raspberries. After some finessing in the lab, the process also produced freeze-dried ice as a dry powder. Simply add it to your drink and the powdered ice miraculously rehydrates into cube-like chunks of ice.” 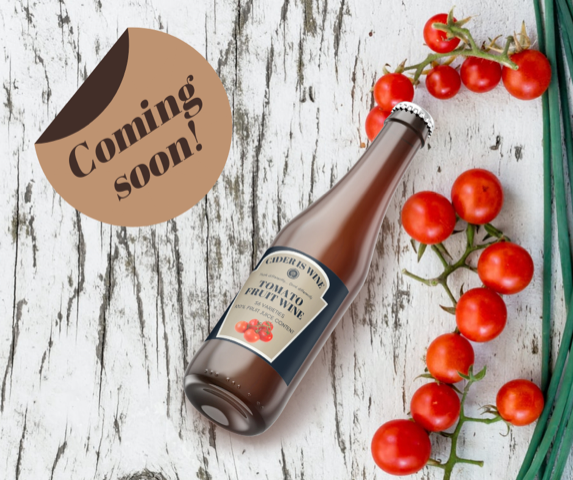 Cider is Wine decided to branch out this April Fools with the launch of Tomato Fruit Wine. According to CEO Alistair Morrell, the new release is made from 56 varieties of 100% fresh, not-from-concentrate juice, which is naturally low in alcohol, gluten-free and vegetarian and vegan friendly.

It will be launched in two variants: filtered without pips and unfiltered with pips, with a heritage yellow tomato expression planned for later in the year. All wines are aged for six months on tomato skin lees. 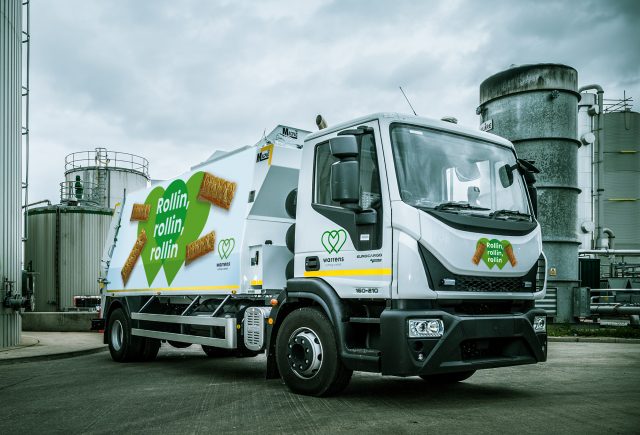 And finally, food waste specialists the Warrens Group has ‘unveiled’ the UK’s first gas truck powered by fuel made entirely from sausage rolls taken from the streets of Newcastle upon Tyne. Aptly named the sausage machine, the wurst waste-powered vehicle is fuelled by biomethane gas, generated by the decomposition and treatment of only sausage rolls at Warrens Group, a food waste anaerobic digestion facility in Newton Aycliffe, County Durham.

Jake Harrison, site operations manager at Warrens Group, said: “The sausage roll fuel is different from fossil fuels, because it’s produced from a source that will never run out as long as there is life on the planet! As early adopters of the latest green technologies and methods, we know that sausage roll-powered vehicles have an important role to play in cutting our carbon footprint. It’s a potential game-changer for Warrens Group – one that is helping get our carbon footprint down. We also believe that all company fleets could deliver impact from use of sausage rolls too. It’s going to be the easiest way of meeting the UK’s goal of achieving Net Zero by 2050.”