EU trade commissioner Valdis Dombrovskis has put forward a proposal which would see the suspension of all mutual tariffs for six months. 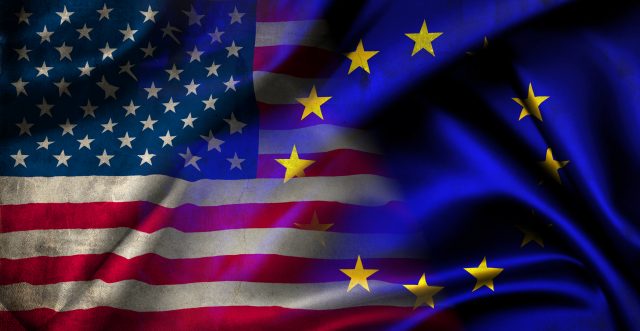 As reported by German newspaper Der Spiegel, EU trade commissioner Valdis Dombrovskis has proposed suspending all mutual tariffs between the EU and US for six months “in order to reach a negotiated solution”.

In follows an earlier ruling in March that tariffs imposed as part of the Airbus/Boeing trade dispute would be suspended by four months until 11 July 2021. Separately, the UK and the US suspended tariffs as part of the same dispute until 4 July.

Dombrowski said it would create a “necessary breathing space for industries and workers on both sides of the Atlantic”.

“Container shipping vessels and truck transportation after entry are experiencing unprecedented delays from port congestion or ‘traffic jams’ on both the East and West Coasts meaning importers have no certainty on the date their goods will actually unload and clear entry through customs,” he added.

“Importers of wines from France and Germany suffered the expanded Airbus tariffs effective on January 12, 2021 solely because the vessels were anchored for days and weeks in waters outside the ports of entry and could not unload and clear entry before the expanded tariffs became effective. One importer told me this port congestion delay on the West Coast cost his company US$300,000. Others have told me they were similarly impacted financially.”

In early June, the US is set to publish its final decision relating to the legality of digital services taxes in Austria, Italy, Spain, the UK, India and Turkey, while EU tariffs on American whiskey are set to double to 50%.

Tobiassen said June was already a “pivot month” and a six-month suspension would move negotiations beyond that period.

“Moreover, a six-month suspension more closely aligns with the schedule of the next review of action for the Airbus tariffs, so it is a perfect fit,” he added.

Earlier this week, the Toasts Not Tariffs coalition, a group of 48 associations representing different aspects of the US alcohol industry, sent an open letter to the US Trade Representative calling of the immediate removal of all UK, EU and UK tariffs on wines and spirits.

The 12 April marked 50 days from the point at which the EU’s tariff on American whiskey doubles.

“We are gravely concerned that if urgent action is not taken to lift these tariffs, many small US distilleries will not be able to recover from the devastating impacts of both the tariffs and the pandemic. On behalf of producers, importers, wholesalers and retailers that comprise the US hospitality sector, we commend the Biden administration for working to reestablish positive relationships with the EU and UK. We urge you to continue this positive momentum by prioritising the permanent removal of EU, UK, and U.S. tariffs on distilled spirits and wine, which will help support US jobs and businesses as the economy continues to recover.”