UK retailer M&S has unveiled a new 12-strong range of wines to tempt consumers to be more adventurous and try regions and grape varieties that are ‘off the beaten track’. 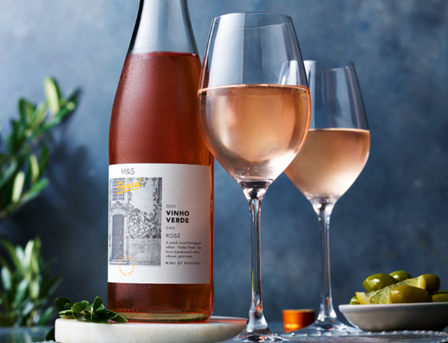 The ‘Found’ range, which is now in store across the UK priced between £7-10, comprises a dozen wines that champion rare grapes, and untraditional styles as well as a single varietal red wine, Nerello Cappuccio, which has not been available in the UK before.

M&S winemaker Sue Daniels said the range was “a delight” to put together, and hoped that consumers would discover new favourites, and that having greater confidence to pour a glass of something new would “open up a world of options”.

“We’ve been able to dig deep and unearth some real wine rarities, and we’re really excited to share these with customers,” she said.

The new range comprises five white wines, including a rich, aromatic blend of Roditis and Moschofilero, a pink aromatic grape native to the Southern Peloponnesian Peninsula, from winemaker Leonidis Nassiakos at the respected Semeli Winery in Greece (RRP:  £8.50); a Feteascã Regalã from Romanian winery Cramele Recas (RRP: £7); an aromatic Gros Manseng 2020 from winemaker Nicolas Duffour in the Gascogne, a “fruity, aromatic wine exploding with ripe flavours of white peach and exotic fruits” (RRP: £9) . A Grenache Blanc 2020 from Perdeberg Cellar in Paarl (RRP:£8) , and an “ancient gem” from Italy,  Ribolla Gialla 2020 , (RRP: £7) from Domus Vini conclude the still whites.

Among the reds is a rare Nerello Cappuccio single varietal from Sicily, a grape that usually plays a supporting role in red blends (£RRP: £7), a Mazuelo 2019 (also known as the Cariñena grape) from Yerga Mountain in Rioja (RRP: £8.50) , a País from Itata in Chile (RRP: £9) , a Cabernet Franc from winemaker Alejandro Vigil and an accessible fragrant, unoaked Xinomavro & Mandilaria 2019 from Greek producer Apostolos Thymiopoulos (RRP: £9.50) .

‘It’s a call to venture further afield with wine choices, and to indulge in some much-needed armchair escapism,” Daniels said.

Sustainable sourcing was also a priority, according to the retailer, with many of the wineries engaged in carbon offsetting schemes, water management programmes or organic and biodynamic farming. All of the new wines are also vegan, in line with M&S’ pledge to have a 100% vegan wine range by 2022.