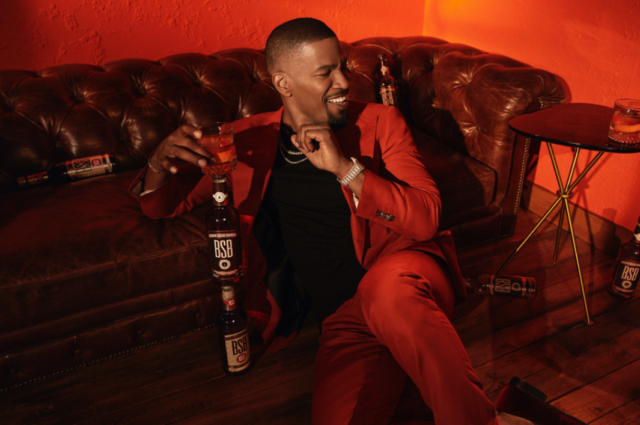 Actor and musician Jamie Foxx announced that he had acquired flavoured whiskey brand BSB-Brown Sugar Bourbon this week. Foxx, who has starred in films including Collateral and Django Unchained, will help support the brand’s new creative direction, starting with the launch of re-designed bottles.

Commenting on the deal, Foxx said: “I’ve always lived by the rule that life is short, and you need to go out and do what you want to do. Owning a brand that brings sweet life to the party has always been a goal and with BSB we’re making it happen. Before the quarantine I watched bottles of BSB disappear at all my celebrations and knew this was a brand I wanted to bring into the spotlight. Anyone who tries BSB is going to love it just like I do.” 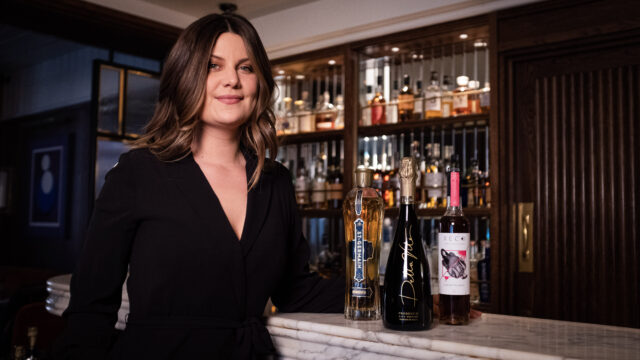 Della Vite, the Prosecco brand fronted by the Delevingne sisters Chloe, Poppy and Cara, is celebrating International Women’s Day next week by launching a new series profiling successful females in the trade. First up is Kaitlin Wilkes Back (pictured), assistant bar manager at The Berkeley, who talks about the women that have inspired her.

She also prepares a serve she’s created using Della Vite Treviso DOC called Luminosa, Italian for “bright”, which Wilkes Back explains is to signify “how bright the future of women is”. Another of the drinks brands used in the serve, Xeco Amontillado Sherry, is also female-founded. The series will be shared on Della Vite’s social channels, including Instagram. 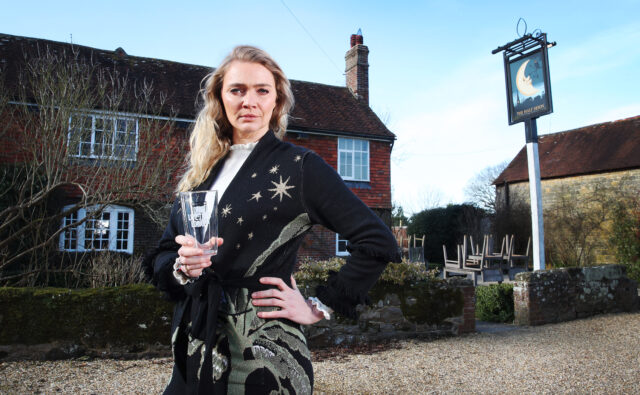 Model and pub owner Jodie Kidd celebrated the outcome of the successful Long Live The Local campaign this week, after the UK Chancellor Rishi Sunak announced the freeze on beer duty.

Kidd, who is the publican at The Half Moon pub in Kirdford, West Sussex, said: “A freeze in beer duty is a welcome relief to pubs like mine and clearly better than the planned increase. This is the third consecutive freeze in Beer Duty since our campaign began so I would like to thank everyone who supported the campaign – our collective voice is making a difference”

“However, The Chancellor has only partially listened to the 500,000 campaign supporters who signed the petition calling for a cut in beer duty. Our government must recognise the vital role that local pubs and brewers can play in the much needed social, cultural and economic recovery this country needs. I urge them at the earliest opportunity to address the unfairly high rate of beer duty in the UK which is 11 times higher than other countries such as Germany and Spain.” 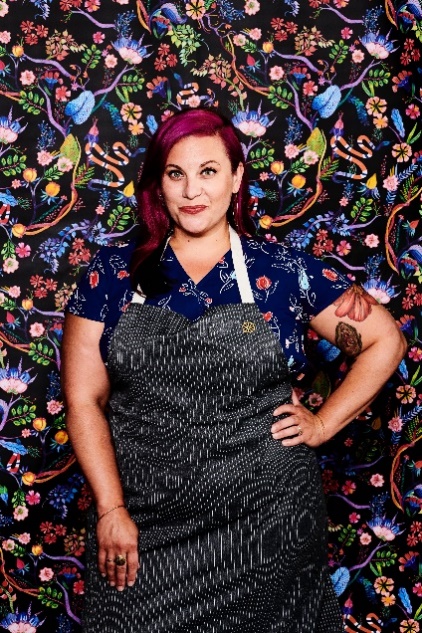 Owner and head chef of Italian eatery Fox & The Knife in Boston, Karen Akunowicz, is set to host a virtual cocktail and food pairing experience over Zoom to celebrate the launch of Martini & Rossi Fiero, a new vermouth. Akunowicz will team up with mixologist Fabio Raffaelli to teach attendees how to make an authentic Italian dish paired with the signature Martini & Rossi Fiero & Tonic. The new vermouth (15% ABV) features Spanish-inspired botanicals including bittersweet orange. 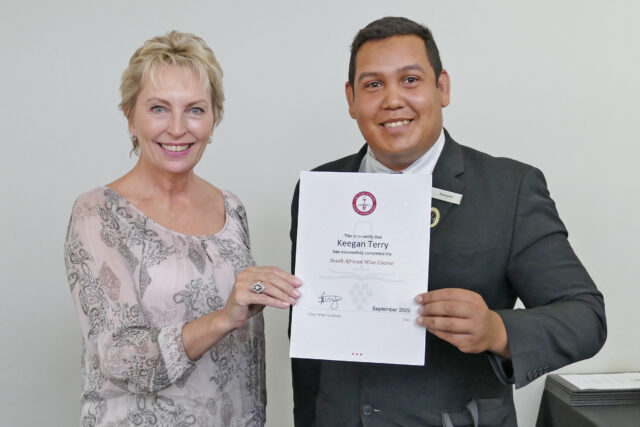 The winners of the 2020 Distell Inter-Hotel Challenge were announced this week at a virtual ceremony broadcast from Cape Town. Now in its ninth year, the awards recognise the next generation of South African hospitality professionals.

Pictured above is Keegan Terry of the Belmond Mount Nelson (Nederburg & Three Ships), who was crowned wine steward of the year. 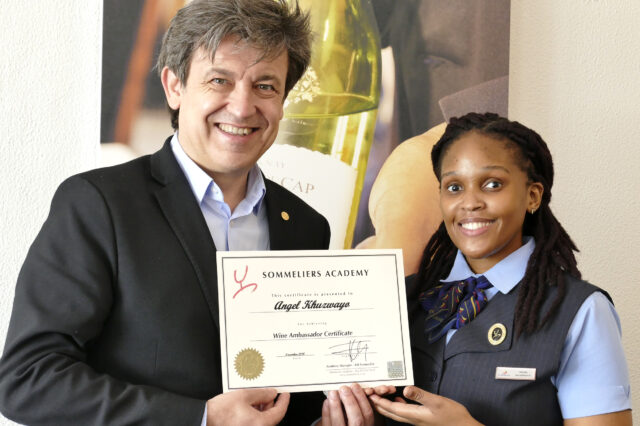 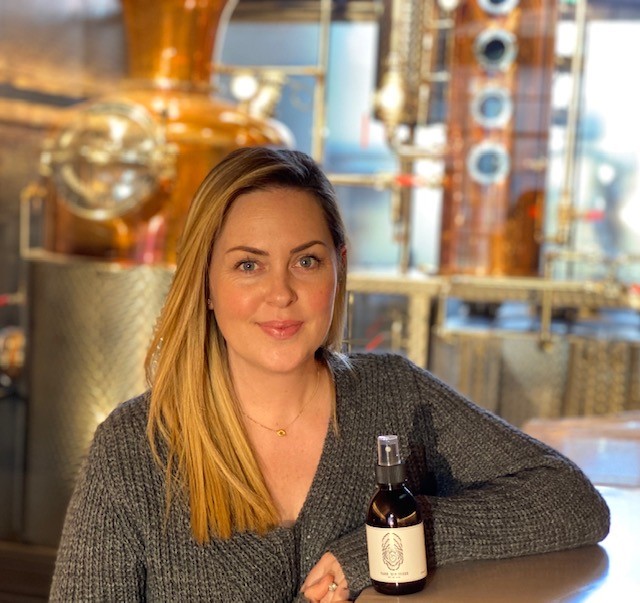 London-based distiller 58 Gin is to have its hand sanitiser (called Gin-Itizer) preserved for prosperity as part of the Museum of London’s Collecting Covid exhibition. 58 Gin took just three days to pivot its operations into producing hand sanitiser for the NHS last year. The distillery went on to make 50,000 bottles of Gin-Itizer, donating a percentage of sales to The Drinks Trust.

Managing director Carmen O’Neal said: “When we were approached by The Museum of London to contribute to its Collecting Covid initiative we were quite overwhelmed. The last twelve months has been a very challenging and surreal time for everyone and our Gin-Itizer product came from an immediate desire to help our local communities and key workers. It also provided us with a business lifeline which allowed us to protect jobs and continue to produce our sustainable range of spirits. Knowing that our product – the first of its kind – will be eventually displayed in the Museum of London is an incredible feeling and I’m so proud of our team who rallied round to make Gin-Itizer a reality 12 months ago.” 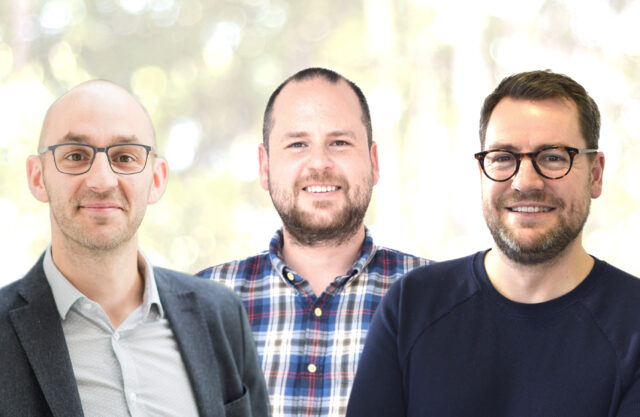 UK-based importer and distributor Liberty Wines has created three new roles to strengthen its senior management team. Former sales director, Tom Platt, is to be promoted to the newly created position of deputy managing director, while head of London sales, Tim Fordham, has become the new director of UK sales. Tom Jones will take on the new role of deputy head of national accounts.

Fordham and Jones started their roles in February, while Platt will begin his on 1 April. 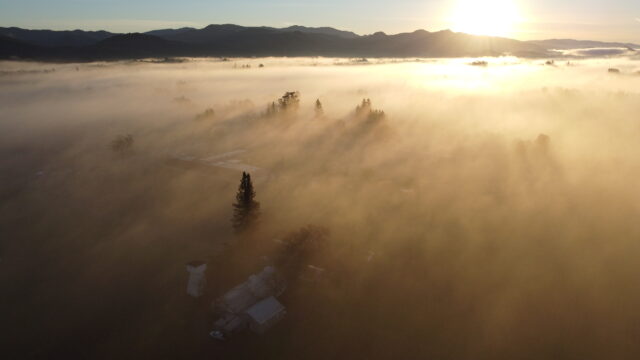 London-based merchant and importer Justerini & Brooks announced that it had added Napa’s Frog’s Leap winery to its California portfolio this week.

Justerini & Brooks’ California buyer, Julian Campbell, said: We’re so pleased to be working with this iconic and forward-thinking Napa winery. The Frog’s Leap ideals chime with our philosophy – they really do take an holistic approach to winemaking, and this is something we’d like to champion. These are really well-made, drinkable and age-worthy wines at a reasonable price.” 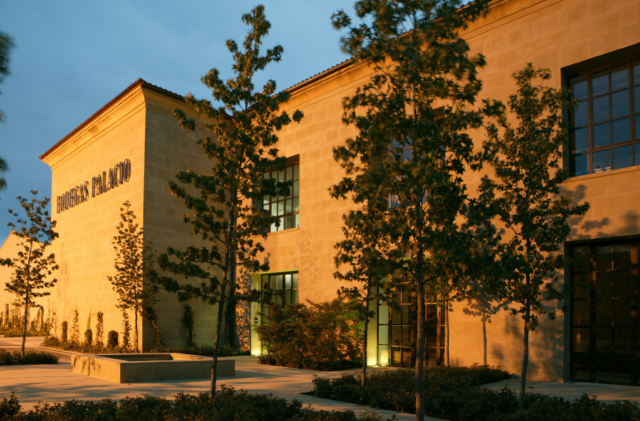 Meanwhile UK agency North South Wines has revealed that it is to become the exclusive UK distributor of Grupo Bodegas Palacio’s wines. North South will distribute four of the groups’s brands – three from Rioja Alavesa: Cosme Palacio, Rioja Glorioso and Castillo Rioja which will be an independent-exclusive; and the group’s Ribera del Duero golden-mile brand, Viña Mayor. 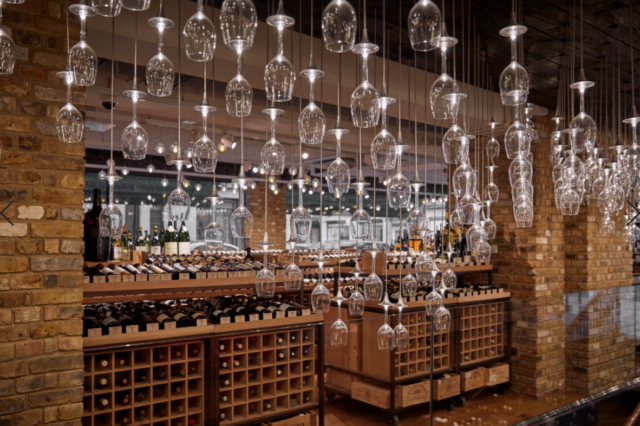 Mayfair wine merchant Hedonism announced that it is offering a subscription service for the first time. Focusing on unusual grapes from lesser-known regions, prices start at £200 for The Masterclass box (featuring wines priced below £30 a bottle) and The Thesis, priced at £700, which includes more exclusive wines to the Hedonism portfolio. The luxury sipping service will be accompanied by tasting notes and guidance from the store’s wine team.