A scientific study has provided “conclusive proof” of terroir’s influence on whisky, which researchers say paves the way for an appellation controlée system of provenance similar to that used for wine. 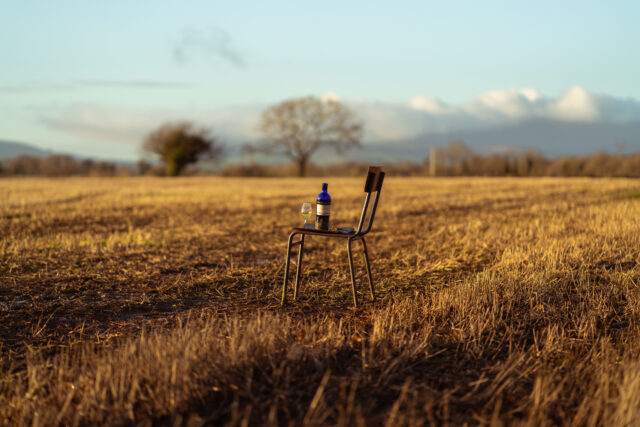 The whisky industry has long been debating the influence of terroir on whisky, with some claiming that any effect would not ‘survive’ the distillation process.

However, the authors of new peer-reviewed research, published in scientific journal Foods, say they have found proof of terroir’s existence in whisky.

The paper, entitled ‘The impact of terroir on the flavour of single malt whisk(e)y new make spirit’, was published by the Whisky Terroir Project, a joint venture between Waterford Distillery in Ireland, Oregon State University, Teagasc Food Research Centre, Enterprise Ireland, Minch Malt and the Irish Department of Agriculture, Food and the Marine.

It explores the differences found in spirits made from two barley varieties – Olympus and Laureate –  grown on two farms in different environments in 2017 and 2018. One sample was grown in Athy in County Kildare, while another was cultivated in Bunclody, County Wexford.

Each sample was micro-malted and distilled under laboratory conditions to produce 32 whisky distillate samples. These were then tested using gas chromatography–mass spectrometry–olfactometry (GC/MS-O) technology as well as by a panel of sensory experts.

The tests isolated over 42 different flavour compounds, half of which researchers said were “directly influenced by the barley’s terroir”.

Eight of these compounds – (E)-2-nonenal, β-damascenone, 3-methyl-1-butanol, furfural, ethyl hexanoate and 1 unidentified compound (unknown 10 with a herbal/grass character) – were deemed the most influential, with a further 15 having an impact on the aroma, but to a lesser extent.

Barley grown in the sheltered inland Athy site had higher pH levels and increased calcium, magnesium and molybdenum in its limestone-based soil. Temperatures were higher and more consistent than the more exposed Bunclody site, with lower rainfall. The new make spirit produced from barley grown in Athy had flavours of toasted almond, with a malty, biscuity and oily finish.

Bunclody’s barley, which was grown on shale-based soil with increased amounts of iron, copper and manganese, produced a spirit that was lighter and more floral with fresh fruit flavours. The site was closer to the coast and experienced more changeable weather conditions.

The project’s preliminary findings, published in 2019, also found evidence of terroir. The next step in the project, which will be published next year, will look at matured whisky rather than new make spirit. Researchers will analyse Waterford Distillery’s own commercial spirit and aged expressions.

The Irish distiller has adopted a terroir-driven approach from the start, harvesting, storing, malting and distilling barley from each of its 40 Irish farms separately.

Mark Reynier, founder and CEO of Waterford, added: “Barley is what makes single malt whisky the most flavoursome spirit in the world. This study proves that barley’s flavours are influenced by where it is grown, meaning – like wine and Cognac – whisky’s taste is terroir-driven.”

“Critics claimed any terroir effect would be destroyed by the whisky-making process, saying there is no scientific evidence to prove that terroir even exists. Well, there is now.”

The paper concluded: “This study has clearly demonstrated variations in the contribution of the aroma active volatiles and sensory attributes in these new make spirits, and reflects changes in barley growth in relation to environmental elements including soil nutrients and prevailing seasonal weather patterns, and therefore reveals a “terroir” effect.

“This has not been previously determined and creates the possibility of producing whisk(e)y from different “vintage” with new make spirit that encompass the factors impacting on the growth of the barley variety as well as the subsequent processing parameters.

“Further research is required to better understand the specific environmental impact on barley growth and the management and processing thereof with respect to the genetic, physiological, and metabolic mechanisms contributing to the terroir expression of new make spirit and whisk(e)y.”