What next for Constellation after Gallo deal? 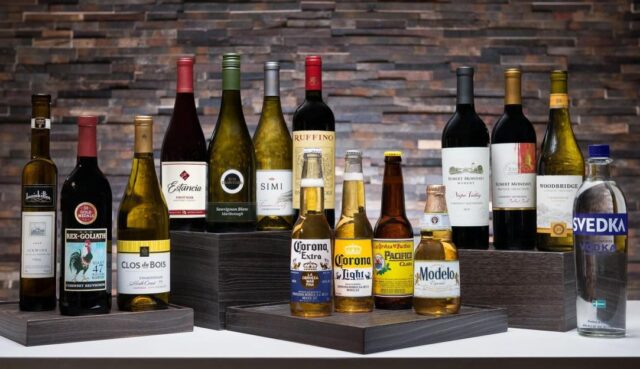 And that’s the question analysts and investors are asking in the wake of what look like watershed results for the third quarter of its financial year.

Yet again, and despite the ravages of coronavirus, Constellation’s quarterly revenues, this time for the three months to the end of December, beat market forecasts. At US$2.44 billion, they were again driven by the relentless progress of the Corona and Modelo beer brands.

The consensus forecast of wizened Wall Street observers was that Constellation would be doing well to achieve $2.25 billion.

Volumes were 27.1% ahead, in the main due to the switch from on-premise to at home consumption in the US as bars and restaurants were closed in the face of the pandemic.

Last week Constellation also completed the latest stage of its metamorphosis, the $810m sale of its commodity wine interests to Gallo, which could bring in a further $250 if performance targets over the next two year set in the contract are met. The Nobilo New Zealand wine interests are also going.

Constellation has unloaded its wine brands in the sub $11 a bottle category, which were long the workhorse of its wine division. Now it will concentrate on premium brands such as Meiomi, and Robert Mondavi, where it intends to push price points higher and increase the return on capital.

That raises the question of why Gallo would want the lesser priced wines such as Clos du Bois and Ravenswood when it already has a very forceful presence in that segment. Privately-owned Gallo is believed to have sold about 78m cases last year, while its nearest rival in the US, the Wine Group, accounted for about 50m.

Gallo straddles the spectrum. With its extensive holdings and newly reinforced power in the market it will be able to exert even greater price pressure on California’s growers, thus reducing costs. It will also almost certainly close a number of visitor facilities. So Gallo is looking to increase margins even at the ‘bottom shelf’ end of the market.

The sale to Gallo allowed Constellation to repay early some $500m in debt, thus reinforcing its balance sheet and paving the way for bigger returns to shareholders. It is committed to returning $5 billion to shareholders by the end of 2023 over and above dividends.

Covid-related production problems in Mexico hit the beer division last year but will be resolved by new facilities coming on stream this summer. That will aid Constellation’s drive into the seltzer sector, where Corona has traded on its brand loyalty and already has 15% of the market. That would have been higher in 2020 if Constellation had been able to meet demand in mid summer.

Brand extensions are planned this year now that the supply bottleneck has been resolved and Constellation need to further stamp its imprint on the sector.

So the strategies for beer and wine are firmly laid.

Constellation has also bet heavily on its investment in Canadian cannabis producer Canopy Growth. It owns some 40% of the company but has made significant losses on the billions of dollars it has invested so far.

Hopes are rising that a Biden presidency supported by a Democrat controlled Congress will lead to greater liberalisation of US laws and boost cannabis consumption, notably in adult drinks, but doubts still circulate as to whether Constellation will ever realise its initial hopes for Canopy and the sector.

Bill Newland, Constellation’s chief executive, says Canopy believes its beverages can grow at a 35% compound growth rate up to 2025 and continues to express confidence in it, but whatever happens Constellation is now very firmly a beer based business with a premium wines arm poised to produced better returns.

Which leads back to Constellation’s own question: “What’s next?”

The beer business is its backbone; the wine interests have been reorganised and are now on a premiumisation growth path; the seltzer market is relatively young and crowded but Corona and Modelo are prime brands with huge followings; cannabis, however, is surrounded by clouds.

Which leaves spirits. Could the next move be to enhance the range to give extra firepower to a portfolio headed by Svedka vodka and Casa Nobile Tequila?

Constellation has a strong balance sheet and could be a player in auctions for niche brands especially in the US. But the bidding room is already crowded as all the global players from Diageo and Pernod Ricard downward seek bolt-on additions.

Any acquisitions will not come cheap.