Amid the coronavirus outbreak, South Korea’s wine imports reached a record high in 2020 as more people ordered wine to enjoy at home. 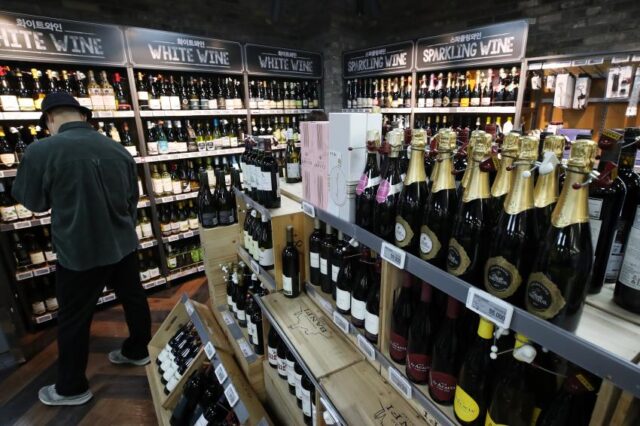 As Yonhap News Agency reported, the latest Korea Customs Service data showed that last year, in the period between January to November, South Korea imported US$239 million worth of wines; whereas in the entire 2019, the total value was US$204 million.

The Korean wine market is still said to be in its early stages but the growth trend is a positive one.

According to the data, Chile was the top exporter of red wine last year, followed by France, the United States, Italy and Spain. South Korea imported the largest amount of white wine from France, trailed by Italy, Chile, America and New Zealand.

As market research company Statista reflected, South Korea is one of the biggest markets for alcoholic beverages in the world as the nation embraces an immense drinking culture in both social and professional settings.

In 2015, South Korea had the highest per capita consumption of distilled spirits in the world. The market is dominated by beer and soju, Korea’s national alcohol which is commonly referred as the ‘Korean Vodka’.

Young drinkers, especially women, have been the driving force behind the South Korean wine market in recent years. They prefer wine to traditional rice wines, such as makgeolli, which are considered untrendy. The research data also stated that retail value sales of wine in 2017 amounted to around US$2.4 billion and was expected to grow to $2.8 billion until 2022.