The US Senate has approved a stimulus package worth almost US$900 billion, with alcohol producers set to benefit from a permanent excise tax reduction. 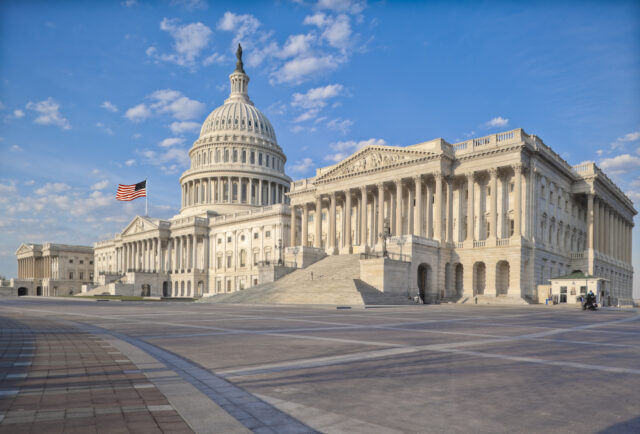 The senate voted 92-6 in favour of the economic relief package yesterday (21 December) after the House of Representatives also voted through the measure earlier in the day.

The 5,593-page bill will now be sent to President Trump to be signed into law.

Among the provisions are a permanent excise tax break for beer brewers, distillers and wine producers. It means that the tax breaks which featured in the Craft Beverage Modernization and Tax Reform Act (CBMTRA) will now continue.

The CBMTRA came into force in 2017, but was due to expire at the end of this month.

The move has been welcomed by the industry. Jim Trezise, president of WineAmerica, called it a “major breakthrough”.

“By making the reduced tax rates permanent for small distillers, Congress is protecting jobs, boosting communities and helping to get these businesses back on a path of stability and growth. We look forward to the president swiftly signing this package into law,” he said.

The bill also increases funding for the Paycheck Protection Program (PPP), a loan which helps small businesses keep workers on their payroll.

Bob Pease, president and CEO of the Brewers Association, added: “Like other small businesses, many small breweries, brewpubs, and taprooms have been devastated by the economic fallout from the Covid-19 pandemic. This legislation and programs like the Paycheck Protection Program are vital lifelines to help small brewers weather this unprecedented health and economic challenge. We strongly believe that America’s small-brewing industry can return to its incredible growth and vitality, but we need to get through these immediate challenges.”

While the PPP and other measures included in the bill will help the hospitality sector, there are no direct relief efforts which apply to the industry.

The National Restaurant Association, however, notes that there are “unique provisions aimed to assist the restaurant industry” in the PPP.

Other benefits in the bill include the deductibility of business expenses paid with PPP loans, enhancement of the Employee Retention Tax Credit (ERTC), extension of the augmented Work Opportunity Tax Credit (WOTC), and increased tax deduction for business meals.

Sean Kennedy, executive vice president of public affairs for the National Restaurant Association said: “Restaurants have waited months for a comprehensive relief bill that reflects the magnitude of this crisis. This bipartisan action is a ‘down payment’ that recognizes the unique damage the pandemic is inflicting on our industry. There is much more to be accomplished, and we will continue to press in 2021 at the federal, state, and local level on behalf of the industry, our employees, and our customers.”

A statement by the group read: “The small changes to PPP funding for independent restaurants will buy time for Congress to negotiate a more robust plan, and we are grateful to many champions in the House and Senate who fought for those changes. But make no mistake: independent restaurants and bars will continue to close without additional relief this winter, leaving millions more out of work.”