Actor and retired wrestler Dwayne “The Rock” Johnson has released a new ice cream infused with his Teremana Tequila, a brand he launched earlier this year. 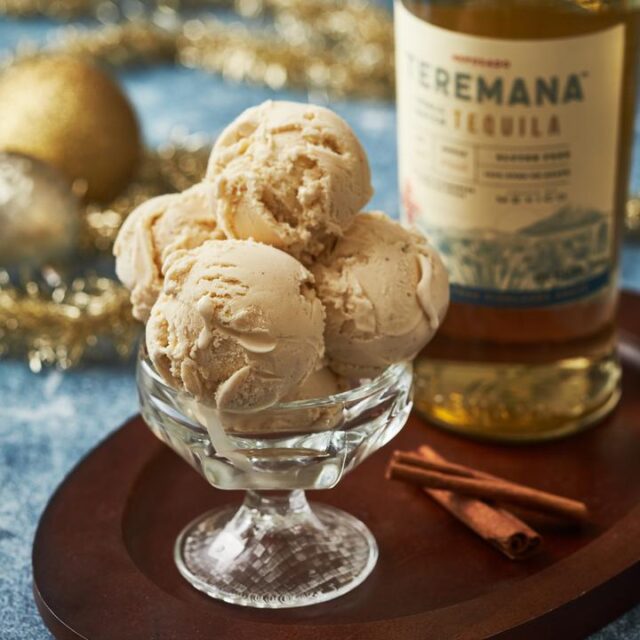 As reported by People, the classic Christmas tipple is recreated in frozen form, and is blended with the “oak, vanilla” Teremana Reposado Tequila along with amontillado Sherry, nutmeg and salt.

Priced at US$13, the boozy ice cream also forms part of the new Dwanta Claus Holiday Pack (US$65). Included are two other ice cream flavours made in collaboration with The Rock including I Saw Mommy Kissing Dwanta Claus (peanut butter chocolate chip cookie dough, milk chocolate caramel fudge and whiskey) and The Rock’n Around the Christmas Tree (brownies, spruce, raspberry jam and cherries); as well as classic flavours Chocolate Gooey Brownie (brownie and marshmallow fluff) and Double Fold Vanilla (made with twice the usual quantity of vanilla beans).

For every pint sold of the Dwanta’s Teremana Spiked Eggnog ice cream, Salt & Straw and Teremana will each donate US$1 to chef Jose Andres’s World Central Kitchen’s Restaurants for the People programme. The scheme provides meals for those affected by the Covid-19 pandemic as well as helps small restaurants and food businesses to stay afloat.

Johnson launched Teremana alongside his manager Dany Garcia and spirits industry veterans Jenna Fagnan and Ken Austin, in the US, Mexico and Canada in March this year. Johnson and Garcia also invested in Salt & Straw in December 2019, prompting the launch of the first ‘Dwanta Claus’ ice creams.

Commenting on the new ice cream line-up, Johnson said: “Dwanta Claus is back to spread delicious holiday cheer with my friends at Salt & Straw and it’s getting boozy. We had some fun creating our new Teremana Tequila infused flavour and more importantly, we are honoured to support the incredible work done at World Central Kitchen and their efforts to end hunger and poverty.”

12 CELEBRITIES WITH THEIR OWN TEQUILA BRANDS