With its official launch just weeks away, Dwayne ‘The Rock’ Johnson has debuted an advert for his new Tequila brand, Teremana. 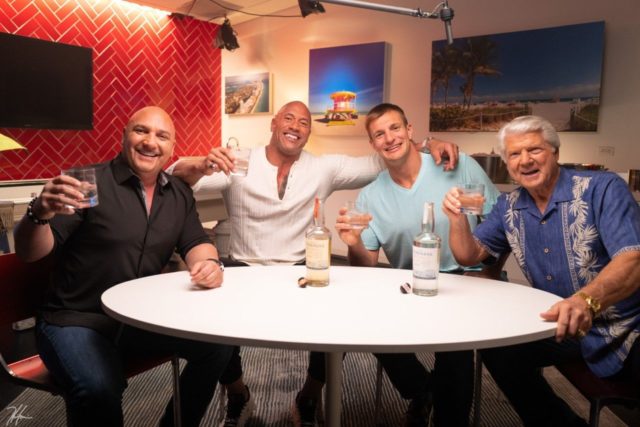 The video, which aired during the Super Bowl LIV Pregame, features Johnson, Rob Gronkowski, Jimmy Johnson and Jay Glazer playing a game of Never Have I Ever. The spot features the friends light-heartedly mocking each other, as Johnson never fulfilled his dream of playing in the NFL.

Teremana was co-founded by Dwayne Johnson, his manager Dany Garcia, and spirits industry vets Jenna Fagnan and Ken Austin, and is scheduled to launch in the US, Mexico and Canada in March.

The Tequila is distilled in a small town in Jalisco, Mexico, and is designed to be a “Tequila of the people”.

During the ad, Johnson said: “I created Teremana to be enjoyed with friends and family and to bring people together, just as this incredible game does.”

Johnson hasn’t had the easiest journey from Hollywood star to spirits entrepreneur.

In 2018, his current manager Dany Garcia submitted a trademark application for a new Tequila company.

Johnson filed documents to trademark the name “Mana”, but this was rejected that November for being too similar to other products bearing the name.

Salud! 🥃 Here’s our @Teremana SUPER BOWL SUNDAY spot that just aired! 👏🏾🏈 I created Teremana to be enjoyed with friends and family and to bring people together, just as this incredible game does. Cheers to an epic Super Bowl Sunday to all of you, and come have a drink of tequila with me NEXT MONTH! Follow my @Teremana page for updates! #ComeHaveADrink #TeremanaTequila #SuperBowlSunday

However, that hasn’t dampened the star’s spirits. He shared an Instagram post in April last year to show off batches of Tequila he was sampling “straight out of our barrels in Mexico.”

Johnson secured a distribution deal with Mast-Jägermeister last month, before teasing a first-look at the label design.