It’s going to be the quietest Christmas on record for UK pubs as “punishing” coronavirus restrictions ensure that as many as 39 million pints won’t be poured over the festive period this year. 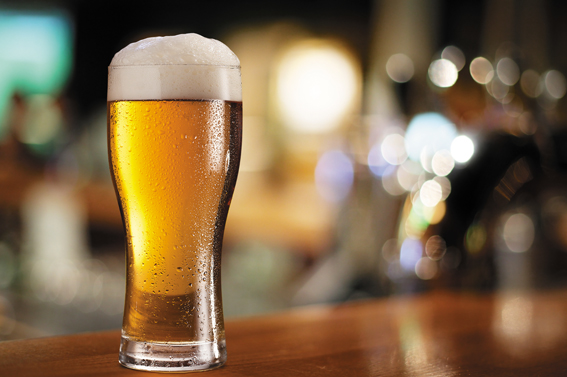 According to figures released this morning by The British Beer & Pub Association, 39m fewer pints and 5m fewer Christmas dinners will be served in pubs over the festive period from Christmas Eve to Boxing Day.

Describing the UK’s tier restrictions as “punishing”, from Christmas Eve to Boxing Day, the trade association had forecast that just 2.6 million pints and 830,000 Christmas dinners would be served in Britain’s pubs, though last weekend’s announcement will likely dampen these figures further with mass cancellations now almost inevitable. On a normal Christmas, it would usually expect as many as 41 million pints and 6 million Christmas dinners to be served.

On Christmas Day alone, a key trading day for pubs, the BBPA says it estimates at best just 200,000 Christmas dinners and 630,000 pints will be served. Usually, it says, Christmas Day sales alone would exceed 1 million dinners and 10 million pints.

The trade association said the stark figures show what impact the Government’s tier restrictions are having on pubs, strangling their ability to trade as viable businesses and survive. The recent review of tiers made a bad situation even worse, with 85% of British pubs now closed or unable to trade viably due to tier two and three restrictions. The need for an enhanced package of support for Britain’s pubs and brewers is now greater than ever with months of uncertainty ahead, according to the association, which represents a sector that employs a total of 900,000 people – 600,000 of which are directly employed in pubs.

It also said it highlighted how Christmas just will not be the same for many people this year as they won’t be visiting their local to celebrate it. As popular venues for Christmas parties and celebrations, pubs would usually be fully booked for the Christmas period with Christmas menus and festive beer selections already in place to give pub goers the Christmas experience you could only get at the local.

Emma McClarkin, chief executive of the British Beer & Pub Association, said: “This Christmas will be the quietest year on record for our pubs. The current restrictions were devastating enough but now with the introduction of tier four and a tightening of the rules over Christmas, consumer confidence will be hit further, leading to cancellations and greater financial woes for pubs and brewers.”

She added, “As the heart of the community year-round, but especially at Christmas time, it is such a shame our pubs will be so quiet or closed this Christmas. After such a difficult and challenging year, we all deserve to make the most of the Christmas break with the chance to safely enjoy a drink with family and friends at our local. Especially as our pubs need all the support they can get right now.”

Continuing, she said, “The Government has to recognise the damage that has been done, and do more to secure the future of pubs. That means grant support for pubs like those in Wales, which are as much as four times higher than for pubs in England facing similar restrictions. Failure by the Government to do this would be failing communities across the country whose local is vital to their wellbeing.”

Are Kolltviet, a licensee at the Chandos Arms in Colindale, said: “All Christmas plans have gone out the window for us this year. We were hoping to reopen for some drinks at least, if possible, but even that isn’t going to happen. This will hit us hard financially as, like most pubs, Christmas is our busiest time of year. A normal December we would take on average £15000 a week, and serve 3000 customers over the course of the whole month, but this year none of that will happen. I feel for our regulars too; they’ve lost part of their Christmas tradition and with it, some much needed community spirit.”