Trade bodies representing the hospitality industry have referred to the post-lockdown restrictions in England as a “straitjacket” which will “destroy the sector”. 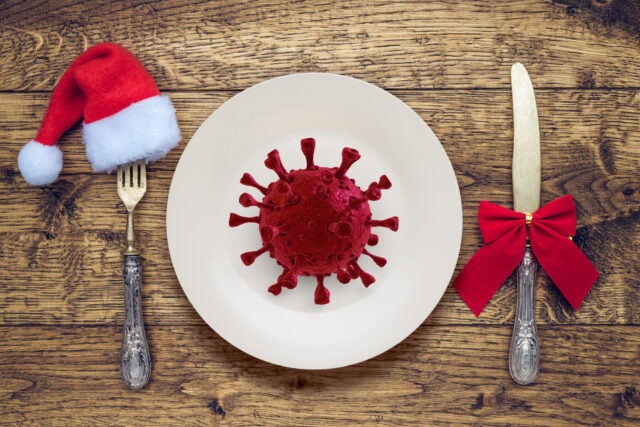 Announcing the so-called Covid-19 Winter Plan yesterday, Prime Minister Boris Johnson confirmed media reports that tiers two and three will be tightened for the hospitality sector in England from 2 December.

In tier two, pubs and restaurants may only serve alcohol as part of a substantial meal, meaning wet-led venues must close. In tier three, hospitality must close except for delivery and takeaway operations. Businesses must now wait until Thursday to find out which tier they fall into.

One amendment that has been largely welcomed by the sector is the easing of the 10pm curfew. Last orders will now be taken at 10pm, with closing time at 11pm.

Industry group UKHospitality said the measures were at “at best a restrictive straitjacket and at worst a lockdown in all but name for hospitality”.

Chief executive Kate Nicholls said: “If there needs to be a tightening of restrictions, it should not come at the expense of hospitality. Only a small fraction of cases have been linked to our businesses and venues have shown that they can provide safe environments for customers and staff. If the government pursues this course of action, it is going to mean permanent closures and job losses.”

According to data released by Public Health England (PHE) last week, pubs came ninth on the list of places most visited ahead of a positive test for Covid-19. The results show supermarkets to be the “primary setting”, followed by secondary schools, primary schools, hospitals, and care homes.

Emma McClarkin, chief executive of the British Beer & Pub Association, said that the measures “unfairly target pubs” and is calling on the government to provide the evidence behind its decision.

“If these tighter tier restrictions are forced upon us, far more government financial support will be needed to avoid the resulting carnage,” she said. “In tier two alone, the new restrictions will mean 90% of pubs will be unviable and will only be able to operate at a loss. In tier three, no pub is viable if restricted to takeaway only. This will also mean our brewing businesses will be hugely damaged too.”

Miles Beale of the WSTA agreed, stating that both tiers two and three would be “more restrictive and reduce businesses’ chances of survival”.

“It’s that stark,” he said. “The government needs to continue the financial support for hospitality as well as its suppliers – at least the same level – until the pandemic is over.”

Wine director of Michelin-starred Italian restaurant Locanda Locatelli, Virgilio Gennaro, is trying to remain positive. He told db that, depending on where the new restrictions will apply, the rest of news was “pretty positive”.

He cited encouraging progress with the vaccine and also the possibility of being allowed to trade in December.

“It might not be the same as previous years, but it will definitely be better than being closed,” he said. He also said the easing of the 10pm curfew “will help a lot” in terms of the average spend per person as well as overall sales.

“It would also be nice if the government could reinstate the Eat Out to Help Out scheme in January, which generally is a low month for the trade,” he added.

Roberto Freddi, general manager and chef patron at Albertine London, a wine bar, restaurant and shop in Shepherd’s Bush, told db he’s trying not to get his hopes up.

Albertine has pivoted to a wine shop and deli during lockdown, selling bottles of wine and mixed cases of wine, deli items and takeaway food, including Christmas hampers and frozen canapé trays prepared in-house for the festive season.

Freddi told db: “Through speaking to colleagues who own restaurants and wine bars, the main question is whether it’s better to have restrictions at Christmas and to have no further lockdown in January, or ease restrictions now and maybe go into lockdown again.”

Expressing a preference for the former, Freddi said that the cost of reopening then closing again is not being taken into account.

“It feels like the government doesn’t realise closing and opening a restaurant involves a lot more than just turning a light on and off. There’s a huge cost involved,” he said.

He welcomed the news of the 11pm closing time, stating that “it would make a difference”, but that he was trying “not to get too excited”.

“We might not be allowed to reopen at all,” he said. If allowed to reopen, Freddi is predicting a rise in Christmas trade owing to the absence of the usual exodus out of the capital during the festive period.

“I’m hoping that the Christmas season will extend a bit this year and we won’t have the dry January that we normally do because people haven’t been partying and drinking for so long,” he said. “We normally close on 23 December and reopen on 4-5 January, but I think this year we’ll stay open because people won’t be going anywhere.”