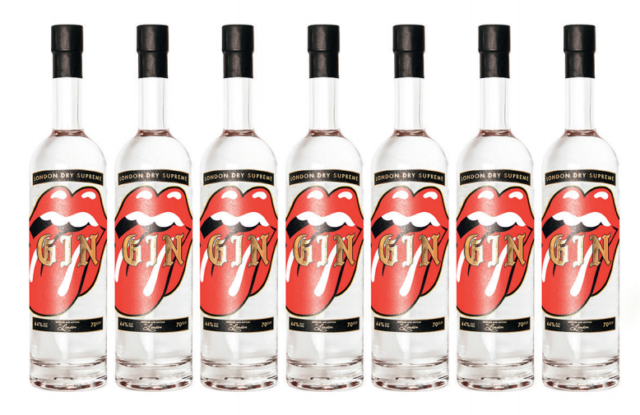 The launch, which is limited to 500 bottles, is the second collaboration between the retailer, Goldy Gin and the band following the first limited edition run in 2018, the “Yellow Tongue” bottling, which featured the Hot Lips logo in Selfridges’ iconic yellow livery.

It will be launched and sold exclusively online (RRP: £49.99) due to the retailer’s closure due to Covid-19 restrictions .

Speaking to the drinks business this morning, Goldy Gin’s founder Justin Oshea said that Selfridges strong online platform would ensure that the online launch was as  effective as the Yellow Tongue collaboration, which was initially launched in store, where it sold out in one day.

“We’re all about limited sales, limited editions, it’s about special products. And for a band that is as big as the Rolling Stones, the most iconic band which ships thousand of Tee shirts and things like that, it’s nice to be part of something they want to part of – something small, exclusive and limited,” he said.

“Seeing what’s gin’s been doing In the market over the last five year, everyone’s trying to make a gin that doesn’t taste like gin, they want to separate themselves by making a point of difference and moving the point away by adding botanicals and flavours, and saying “look at us we’re doing something completely different”. But I’m a purist, I don’t want gin  to taste like gin, not a pot pouri or vanilla  – that’s fine if by adding those infusions you doing what you love, but I wanted to produce a better version of what makes gin the best drink. So it’s like a déjà vu – you taste Goldy, and you recognise it but it’s different. That was the premise behind what I wanted to created with the brand.”

Selfridges spirit buyer Michael Monte said the team was delighted to partner with Goldy Gin to launch the newest Rolling Stones collaboration, adding that “there was no doubt the iconic bottle was going to be a huge hit with its customers”.

The classic gin – a signature blend heavy in juniper and citrus, is produced at the Thames Distillery,

The latest Rolling Stones collaboration follows in the footsteps of Goldy Gin’s limited edition collaborations with Guns and Roses and Queen.