As Naked Wines reports 80% revenue growth in the 26 weeks to 28 September, CFO James Crawford believes there will be an “enduring” shift to online wine sales. 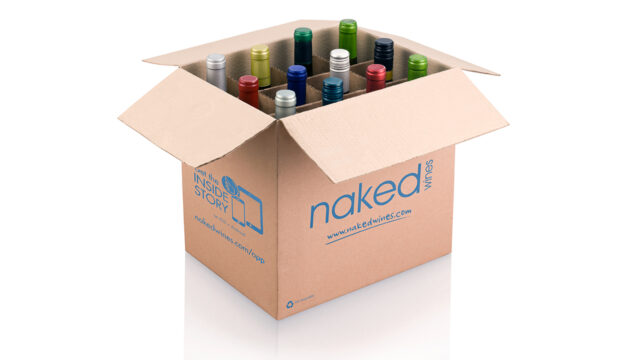 Speaking to the drinks business Crawford said he believes the change in purchasing behaviour will be sustained, particularly in the US.

“The US has lagged behind the UK significantly in terms of online penetration,” he said. “Online sales of wine in the US was worth around 5% of off-premise value in February, but by the end of April, it was 20%.”

Naked Wines’s US business subsequently delivered its strongest revenue growth in the 26 weeks to 28 September (up 95%) and now represents 49% of the company’s total sales.

Crawford said the company had been “quite measured” in its trading statement issued in August, and that it had performed better than expected. As a result, the overall full-year forecast has been updated to +55-65% sales growth.

Crawford said the increase in repeat customer spending proves the longevity of the online model.

“It’s demonstrably more convenient for people, and in the case of the US, it’s better value because you cut out the wholesaler and the retailer,” he said. “In the US, getting deliveries to people who had to sign for them used to be a bit of a barrier. I don’t think any of us believe that people are going to flood back into the office, or work in the way we used to. That means we’ll have more people at home, and that barrier is removed.”

In December, Crawford is changing role to head up the UK side of the business as its managing director.

“I continue to believe that we have a lot of headroom to grow Naked Wines in the UK,” he said. “If you apply the UK growth rate we’ve achieved to the numbers we have from last year, we’re on track to be through £100m.”

He said online tastings have proved particularly successful in terms of selling wine. This year, the company launched a Covid support fund to help winemakers who were struggling as a result of a drop in on-trade sales.

“We’ve had 40,000 people on Zoom calls listen to winemakers talk about their wine,” Crawford said. “We put the winemakers in front of our Angels (subscribers to Naked Wines) and they sold out of the wine they couldn’t shift in just a few hours.” He said consumers had responded well to this “engaged” way of selling wine.

Like other online businesses, Naked had to increase its capacity quickly this year in order to keep up with unprecedented demand.

Crawford said the company had brought 50% more wine into the UK this year than it had planned. This was partly due to increased demand but also to prepare for the end of the Brexit transition period.

In July it moved into a new warehouse with quadruple the capacity of its last site, and has hired 40 to 50 new customer service operatives both in the UK and the US.

Crawford said there’s now evidence that UK consumers are preparing for Christmas early this year, despite uncertainty over movement restrictions.

“It normally takes a couple of weeks, but this year it took four to five days,” Crawford said. “Between the hours of 8pm and 9pm on launch night, there were three orders every second, and we sold 10,000 in the space of an hour. It tells us that the British customer is preparing for Christmas because they know everyone will be shopping online.”

To prepare for the end of the transition period in January, he said the company was planning to finish Christmas with more stock than normal.

“Ultimately we plan to bring in as much stock as we can before the end of December in anticipation that there could be delays,” he said. We’re fully prepared for Brexit and the supply chain is holding up at the moment.”