Naked Wines has appointed a new chief financial officer who will be based in Napa as it looks to become a US-led global business. 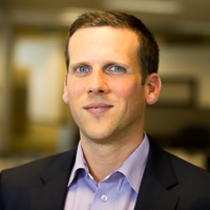 Shawn Tabak has been named as the new CFO of the wine subscription business, replacing James Crawford, who is moving to head up the UK business as managing director in December, which was announced in June. Tabak will take up the role from 7 December 2020 and will join the board when Crawford steps down on 31 December.

Tabak’s most recent role was as vice president of finance at Upwork Inc., which describes itself as a freelancing platform which connects businesses with independent professionals, and agencies which he joined in April this year. Prior to this he spent nearly our years as vice president of investor relations and treasury at photography and image sharing company Shutterfly, and four years as CFO at Clean Power Finance, a venture-backed solar finance company, where he led finance, human resources, and IT organization. He started his career at KPMG in the USA and Australia, where he worked for ten years.

Group CEO Nick Devlin said he was delighted Shawn was joining Naked and was looking forward to working with him to deliver the next stage in Naked’s growth.

“Shawn’s deep understanding of driving growth through a focus on customer economics and cohorts makes him ideally suited to the role at Naked. Additionally, his understanding of the US market will be highly valuable and recruiting this role in the USA, our largest market, is another key step in our transition from British startup to a US-led global pureplay.”

He also commended James, saying he had “guided the business through many challenges as a start-up and through its growth story and he will now continue to grow our UK operations in his new role as UK MD” where he would “hit the ground running”.

Tabak described the Naked Wines as a company that is “disrupting the wine industry for the benefit of consumers and independent winemakers”.

“This is an exciting time as the company’s differentiated business delivers superior value to wine consumers in a large and growing online wine market, and I look forward to working with this strong team to create value for customers, employees, and shareholders,” he said.

In April, the online retailer Max Miller as president of its US business, creating more than 80 new roles in customer service, data science, finance and growth marketing divisions to help it respond to soaring demand.

Last week the company started pre-orders for its annual Christmas Collection seeing more than 40,000 Christmas cases being snapped up in the first 24 hours, leading to the website to crash.

Naked Wines reported 76% sales growth earlier in the year. Yesterday saw an unprecedented 3x surge in traffic on the website which caused the site to go down for