The global pandemic and high temperatures provided new challenges for Burgundy’s growers in the 2020 harvest which ended up being the earliest on record. 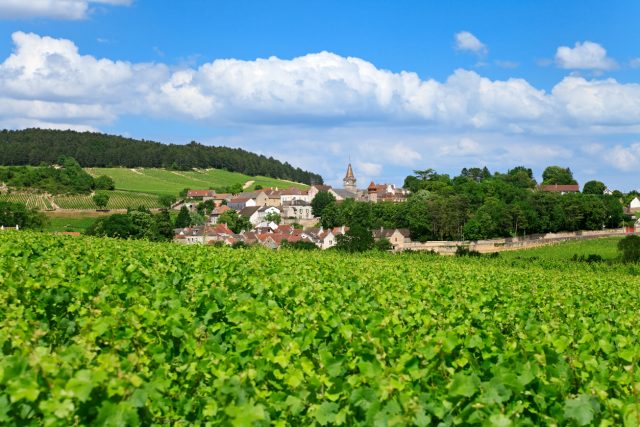 The eastern French region, having already experienced a mild autumn and winter in 2019, with only seven days in six months registering below 0°C, then enjoyed beautiful weather from March to September, which led to bud break three weeks earlier than average and one of the fastest starts in 25 years.

Ludivine Griveau, director and winemaker at the Hospices de Beaune, noted in her report that April alone saw an additional 42 hours of sunshine and with temperatures up over 23°C on certain days the vines were soon “bursting with vegetation” and growers were forced to both de-bud and ‘dédoublage’ (remove shoots to reduce foliage and yield) at the same time.

This up-tempo pace in the vineyards throughout the year was further complicated, it must be remembered, by the Covid-related restrictions put in place in France, with those winemakers with young children also having to deal with home-schooling at the same time.

It would be interesting to see which aspect of the year vinegrowers ultimately found more challenging.

By 21 April the 2020 cycle was already 24 days ahead of where it had been in 2019, again only the sixth time in 80 years that one vintage had been so far ahead of its predecessor.

Flowering began towards the end of April and was extremely successful. As the summer went on high temperatures and steady winds kept the crop in a largely pristine state but the lack of rainfall posed its own issues.

Luckily, despite being so mild, the end of 2019 had been wetter than normal which would prove helpful as, from March onwards, rain showers were infrequent and tended to be localised. There were instances of water deficits and resulting vine stress as well as some sunburn on bunches.

Interestingly, Griveau said that: “Wind is now an important climatic component, not only of this vintage, but also of previous vintages. In recent years, it has been quite ‘new’ to Burgundy to have this wind every day and almost all day long. If it is our ally in maintaining the perfect sanitary state of 2020, it nevertheless gives us less respite, and fewer weather ‘windows’ for the application of our treatments.

“The wind also has the consequence of drying out the land, at least on the surface, making it sometimes difficult to work because it hardens [the topsoil].”

Different appellations, sometimes areas within appellations, saw staggered rates of maturity, which then meant vigneron had to be on their toes to harvest what was needed at the right time as the time approached.

Griveau said that: “We saw a noticeable variation of stages within a plot, and sometimes in Chardonnay, the phenomenon of coulure was marked, the structures of the bunches were long and airy, and the millerandage was at times not negligible. The pre-flowering conditions having been more favourable to Pinot Noir, meant it had better passed the bud burst and its berries were more regular in size. The Pinot was slightly ahead of the Chardonnay at precisely this point in the vegetative cycle.”

With the vines so far advanced (and the wasps beginning to notice) the first crop began to be gathered in on 12 August in the southern region of the Mâconnais – one of the earliest harvest starts on record and one echoed elsewhere in France as well.

Griveau authorised the harvesting of white grapes for the Hospices on 18 August and the estate’s entire crop was gathered in by 29 August – the first time in its history harvesting was finished inside  of August.

The Bourgogne Interprofession (BIVB) said in a statement that the overarching tendency among the white wines was “beautiful aromatic complexity”, intense fruit but also “very good acidity” in spite of the high summer temperatures.

The reds meanwhile have very deep colour and concentration but, like the whites, “they have kept their freshness” and have a distinctly black fruit profile.

Griveau concluded: “The vinification process went perfectly for both white and red wines, and the balances that have emerged in our wines are extraordinary, and, let’s admit it, quite unexpected. The sunny side of the vintage is there, but the wines reveal an impressive aromatic freshness. Acidities are very present and the densities are already felt. The whites have substance, without too high an alcohol content. The tannins of the reds are supple but powerful.

“The ingredients of a great vintage, which, for many reasons, is unforgettable, are all present.”