Could US wine, rum and vodka face EU tariffs?

According to reports, the World Trade Organisation has granted the EU permission to impose tariffs on US$4 billion of US goods, which could include wine, rum, brandy and vodka. 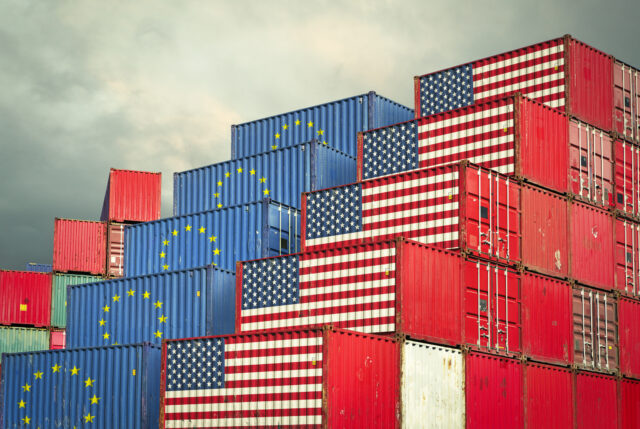 The World Trade Organisation (WTO) issued a private ruling last Friday permitting the EU to impose tariffs on the US as a result of subsidies given to aviation company Boeing, people familiar with the matter told Reuters.

The 16-year feud, which centres around subsidies given to Boeing and Airbus, is now the WTO’s longest-running corporate dispute.

The WTO authorised the US to implement 25% tariffs on a range of EU goods – including wine, spirits and liqueurs made in certain countries – worth US$7.5bn in October 2019. This is US$3.5bn more than has been granted to the EU.

In its latest tariff review, the US announced that it would maintain the current 25% tariffs and would not be extending to remit to include products such as beer, gin and vodka, as it had previously considered.

Drinks trade organisations on both sides of the Atlantic have called on administrations to end the dispute, after reports of “crippling” losses.

In April last year, the EU published a preliminary list of US goods that would receive tariffs of up to 100%. These include still and sparkling wine, rum, vodka and brandy.

However, the EU originally asked the WTO to approve retaliatory tariffs of up to US$12 billion. The WTO has reduced this amount by two-thirds, meaning that the final list of goods to receive tariffs may include fewer products.

It remains to be seen whether the EU will impose the tariffs before or after the presidential election on 3 November.

According to Reuters, sources said that the EU is authorised to impose tariffs up to US$8.2bn worth of US goods, due to some $4.2bn of tariffs left over from an earlier ruling that were never implemented. However US representatives said the proposed tariffs, which relate to tax treatment for US exporters, are no longer legal after the law was repealed in 2006.

Reacting to the news, the Distilled Spirits Council of the United States (DISCUS) said: “The reports that the EU is poised to impose more tariffs on US imports in connection with the WTO Boeing dispute is extremely concerning. We strongly encourage the US and EU to agree to the immediate and simultaneous removal of tariffs on US and EU distilled spirits and a commitment not to impose any additional tariffs on other distilled spirits.

“The escalation of tariffs on the distilled spirits sector, by either the US or EU, will only increase harm to an industry already suffering. The spirits industry and hospitality sector are facing incredible economic harm due to the mandatory closings of restaurants, bars and distillery tasting rooms in response to the outbreak of Covid-19. An immediate restoration of duty-free access for all distilled spirits is essential to returning our industry to supporting jobs on both sides of the Atlantic.”

According to figures from DISCUS, American whiskey exports to the EU (which includes the UK until it departs the EU customs union) have fallen by 41% since the EU imposed a 25% retaliatory tariff in June 2018. US imports of Scotch were down by almost 35% between October 2019 and July 2020, compared to the same period in 2018 to 2019, while liqueur imports have been slashed by 26%.