The French region of Beaujolais has reported that 2020 represented a “vintage of extremes” with drought and an early vintage among the challenges faced. 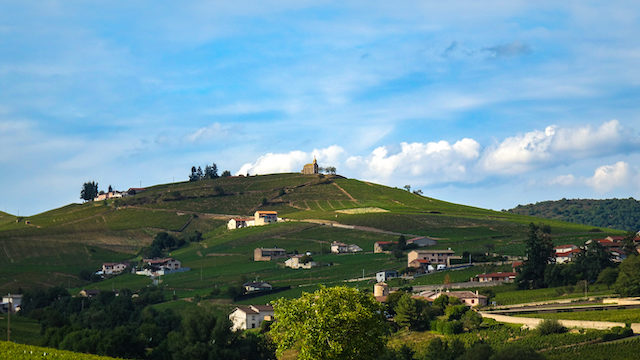 The winter proved very mild and contributed to an early bud burst in March. April and May proved warm and dry and while June began with rain and colder days these quickly morphed into “scorching hot” days.

July and August were milder relatively speaking with little rain (July was the third driest since 1963) which led to drought or near-drought conditions in many parts of the AOC.

After the early budding, flowering began around 20 May, ending around the 30th with veraison beginning around 18 July.

In the end, harvesting was authorised to begin on 20 August, the second earliest recorded harvest date since 2003, with harvesting largely finished by the end of September.

Despite these challenges, the weather conditions meant there was little disease pressure and the health and quality of the crop was generally high.

Bertrand Châtelet, director of SICAREX Beaujolais, (Beaujolais Institute of oenological and viticulture research), said: ”The grapes picked had reached nice phenolic ripeness, which can be seen in the vats with nice structure and dark colours for the Gamay, offering aromatic elegance with a black fruit tendency.

“That nice ripeness was excellent for vinifying elegant, round rosés. As for the Chardonnay, growers had to bring into play their know-how and high precision to harvest the grapes at an optimal balance and preserve their freshness. The alcoholic fermentations are now ending and the malolactic ones beginning.”

Dominique Piron, president of Inter Beaujolais, added: “We’ve been experiencing an atypical year in every way. So far, we seem to be headed towards a great vintage in Beaujolais.

“Once again, Gamay has shown its ability to adapt to climate variations. That’s reassuring and it will be a positive point in the future, and in this global economy in turmoil, now dominated by uncertainty, we’ll do everything we can to ensure that Beaujolais wines continue their climb. The figures for the past two years confirm that we’re on the right track.”

Inter Beaujolais is due to hold its annual trade tasting in London next week on Tuesday 6 October. As reported in August, the market for Beaujolais in the UK continues to grow very strongly by both volume and value.

Cécile Bossan-Redon, managing director at Inter Beaujolais, said: “We’re really pleased with this year’s vintage. Although we’ve obviously had extra challenges this year, Beaujolais has been fortunate to be able to report an increase in sales to the UK, a positive vintage and overall a feeling of positivity for the future.

“We’re really looking forward to welcoming people to our trade tasting in October, which has been organised to enable visitors to enjoy the wines in a safe environment in line with today’s current social distancing guidelines.”