Beaujolais exports rise by 120% in May

In a masterclass presented by Anne McHale MW, it was revealed that exports of Beaujolais rose by 120% in volume and 102% in value in May this year, compared to 2019. 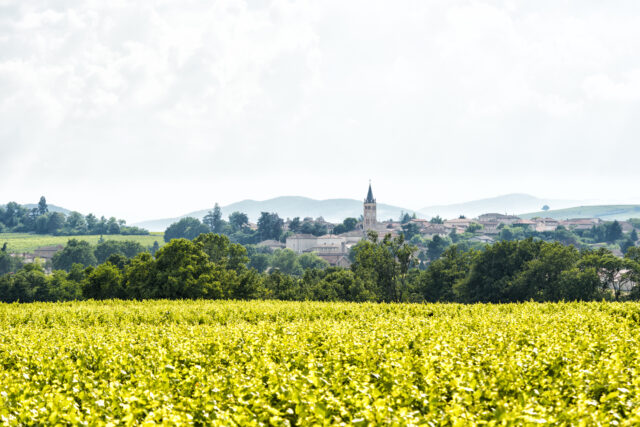 Demand for Beaujolais has continued to rise, with the UK importing 16,118hl of the region’s wines in the first five months of this year alone, the latest data from Beaujolais Wines UK has revealed.

In a masterclass held at the end of last month, Anne McHale MW, who wrote her Master of Wine dissertation on Beaujolais, talked in a webinar about the region, from its historical context and affinity with Gamay to its winemaking techniques and diversity.

A total of eight wines, including a white and a rosé, were tasted during the seminar, hailing from the Beaujolais and Beaujolais-Villages appellations as well as from the Brouilly, Régnié, Saint-Amour, Juliénas and Moulin-à-Vent crus.

In an effort to reacquaint consumers with Beaujolais wines, and demonstrate the quality that the region can deliver, regional body Inter Beaujolais has focused on promoting Beaujolais-Villages and the Beaujolais crus in the UK, primarily to the on-trade.

However, with the on-trade closures as a result of Covid-19, Beaujolais has been performing well in retail. Specialist retailer Majestic recently revealed than in April through June this year, sales of Beaujolais rocketed by 77% compared to last year.

The region has also been aided by a string of good vintages, dating back to 2009.

Oliver Campos, the export manager for Maison Jean Loron, which owns Château de la Pierre, a winery featured in the tasting, believes climate change has been positive for the region so far, but vineyard management is vital for the future.

“Climate change has helped producers in Beaujolais for the past 10 years by providing good growing conditions that are more appropriate to reaching perfect grape maturity,” he said.

This has allowed Château de la Pierre to make wines without added sulphites, using extended 3-week maceration of the grapes on their skins to maximise the extraction of polyphenols, which Campos describes as “natural anti-oxidants” which protect the wine. He said the “perfect harvest with good sanitary conditions” was vital to achieving a stable wine.

He added that producers in Beaujolais, as well as some from the Northern Rhône, were conducting trial plantings of Syrah in order to prepare for global warming.

“There’s definitely potential for Syrah,” he said. “It’s an ethical question. Do you want to keep your original roots and be the land of Gamay, or do you want to open your mind and go in a different direction with Syrah?

“We share the same geological history as the Northern Rhône, in particular the Côte-Rôtie area, so it would be the obvious evolution of climate change. It would be silly not to open your mind and do some trials with Syrah. I’m pretty confident that there will be some interesting things coming out within the next 10 years.”

However, he warned that Gamay’s potential to adapt to the changing temperatures should not be overlooked.

“Let’s see where and to what extent Gamay can adapt to these conditions, we may be pleasantly surprised,” he concluded.

While 98% of plantings in the region are Gamay, there are a growing number of whites made from Chardonnay as well as rosés made from Gamay also being released.

Seminar attendees tried a white Beaujolais made by Domaine Lathullière-Gravallon and a rosé produced by Château Thivin.

“There’s definitely more rosé being made,” she said. “There’s always been some, but it was not necessarily sold in large volumes or promoted. Now there’s more interest. It’s relatively easy to do because it’s not like you have to plant another grape variety to make it.”

She added that the region’s white wines were showing even more promise, with her estate producing two: one from the Beaujolais AOC and the other from Beaujolais-Villages. While only around 2% of vines in the region are Chardonnay, 10% of Château Thivin’s are white grapes.

“There is more and more Chardonnay being planted, particularly in the south where there is clay/limestone, which delivers wines that are well-balanced with a nice spiciness,” she added.