From moth-eating bats to grass guzzling pigs, we’ve rounded up 10 of the animals most commonly used by wineries as trusty vineyard helpers. 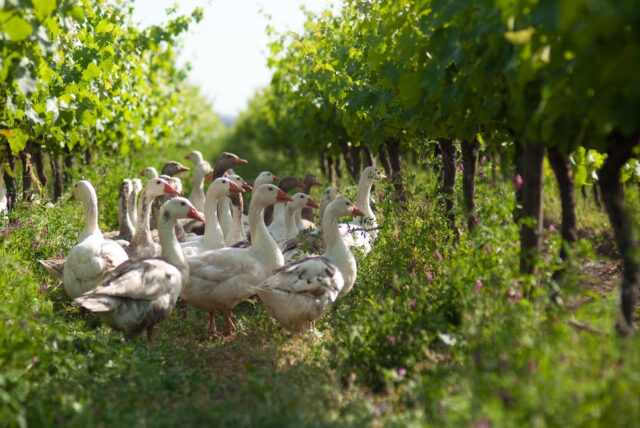 Green-fingered Chilean estate Cono Sur has long employed a gaggle of geese to act as pest controllers. The company currently has over 1,000 of the birds roaming free among its vines, where they’re more than happy to gobble up grape-eating beetles that would otherwise make good headway into the harvest. 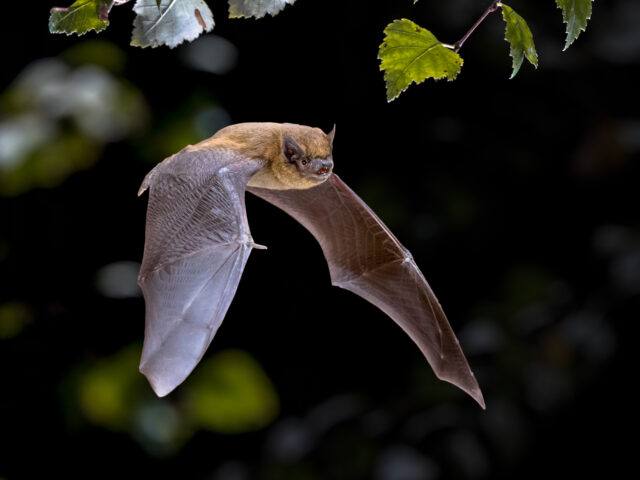 French estates, including Domaine Laroche, are calling on the help of ravenous moth-eating bats to help them tackle the issue of grey rot in their vineyards via bat-friendly habitats. Pipistrelle bats are great night hunters with an insatiable appetite, so are being used to hoover up European grapevine moths that cause grey rot, to help to eradicate the vine pests. 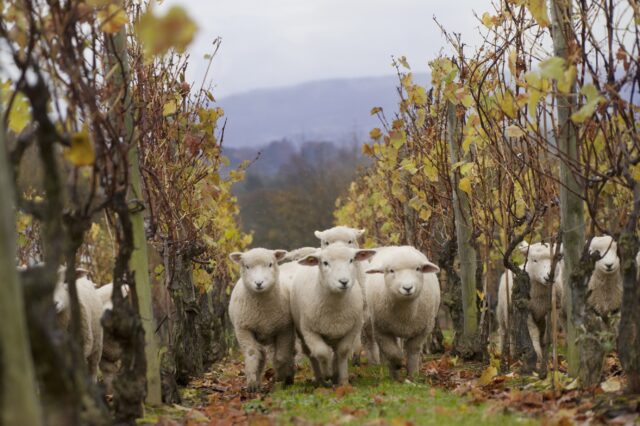 In addition to looking utterly adorable, Babydoll sheep are being used by the likes of Yealands in Marlborough and Nyetimber in West Sussex as eco-friendly lawnmowers. Yealands has enlisted the help of over 1,000 of the grass-guzzling, weed-eating wooly jumpers, who are free to roam the estate’s vineyards at will. 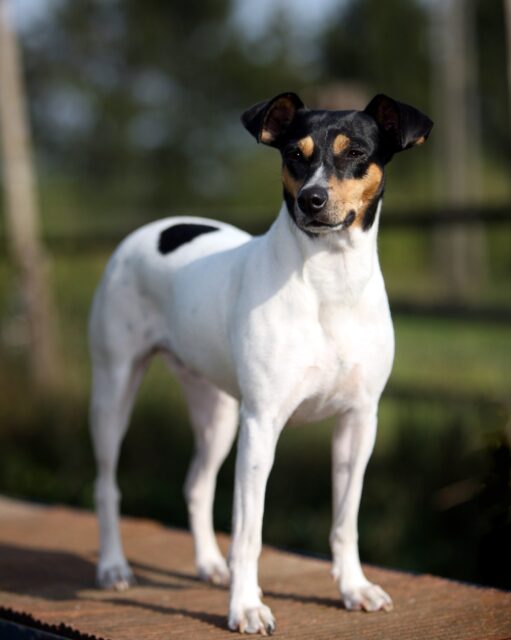 More of a winery that an vineyard helper, earlier this month the Ratonero Bodeguero Andaluz, a Spanish breed of terrier known for keeping cellars in Jerez free of mice and rats, was awarded protected status in the Andalusian city. The breed came into being in the 18th century when English wine merchants settling in Jerez brought ancestors of Fox Terriers over from Britain and crossed them with local rat-hunting dogs. 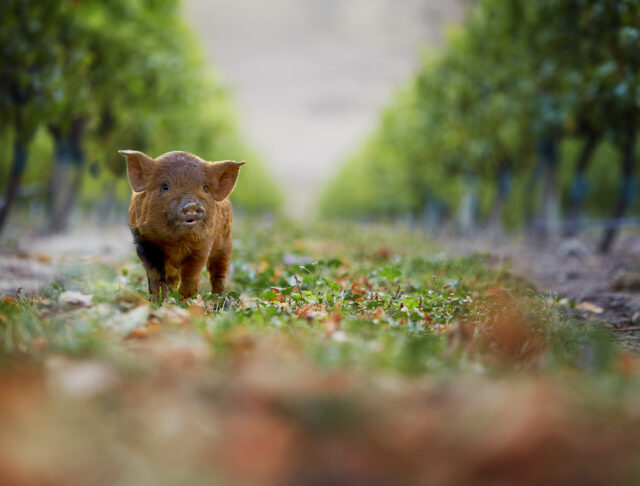 Another furry friend used by Yealands Estate in New Zealand are Kunekune pigs, which are proving to be excellent lawn mowers and weed munchers without massacring the soil. While some may worry about the greedy piglets snaffling up the grapes, their diminutive size means they’re too tiny to be able to reach them. 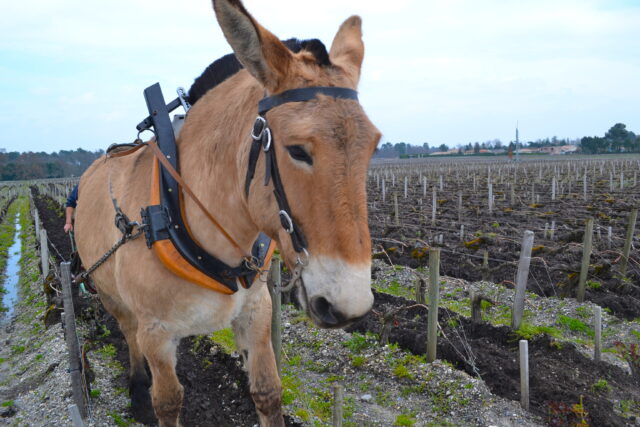 A number of wineries are going back to basics and are employing mules and horses to plough their vineyards in place of soil-compacting tractors. The practices is proving particularly popular in France where everyone from Gérard Bertrand to Michel Chapoutier is at it. We were lucky enough to meet this marvellous mule at Domaine de Chevalier a few years ago during primeurs week. 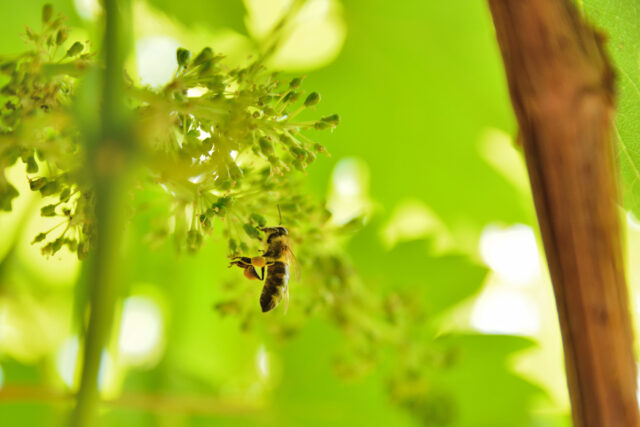 With sustainability an increasingly hot topic in the wine world, a growing number of estates, from AR Lenoble in Champagne to Villa Sandi in Italy, are adding beehives to their properties to help increase biodiversity within their vineyards, allowing for a nice little sideline in honey production. Bees help to create a healthier ecosystem for vines, resulting in better quality grapes. 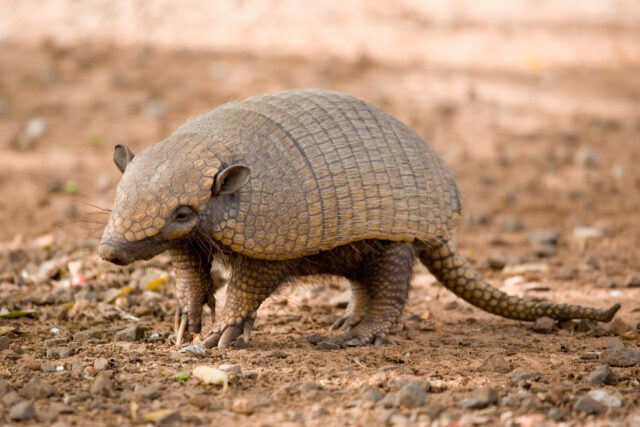 One of the more surprising entries in our line-up, Bodega Chacra in Patagonia has employed an army of armadillos to feast on worm and vine-eating ants at the estate. The mammals use their long, sticky tongues to gobble up the ants, meaning no need for traps. They’re rather partial to grapes too, so need to be watched. 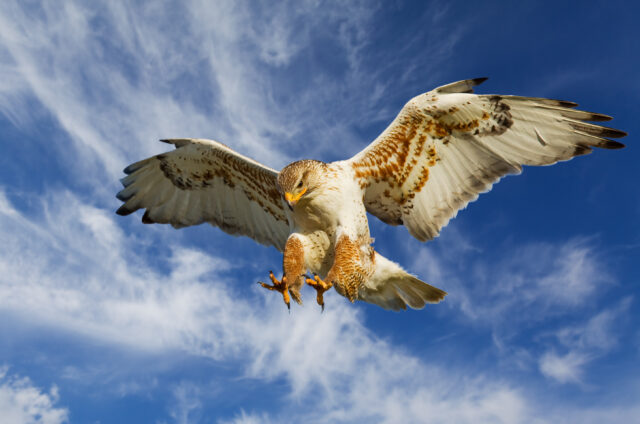 H is for hawks, which are used by the likes of Gallo and Cakebread Cellars in California to ward off other birds keen on devouring grapes. Starlings are especially guilty of grape guzzling, so hawks and peregrine falcons are used at a number of Napa Valley wineries to scare them away, meaning no need for nets. 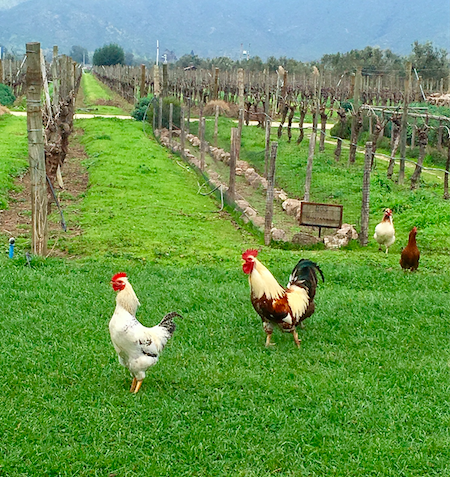 At pioneering Chilean estate Emiliana in Casablanca, the winery’s commitment to sustainable viticulture is visible in its army of chickens, which are used to gobble up vine pests, including the vine weevil, which is known for eating vine shoots and roots. The estate also owns a handsome herd of llamas and alpacas.