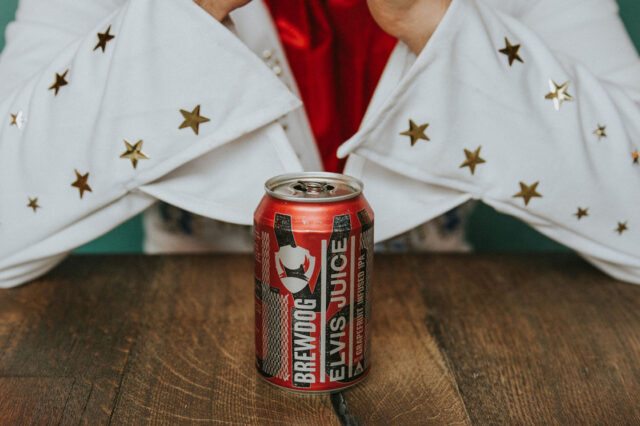 The issue revolves around the name of one of Brewdog’s best-selling beers, a grapefruit and blood orange IPA it calls ‘Elvis Juice’.

In 2016, Elvis Presley Enterprises (EPE), the company that manages the estate of the late singer, opposed Brewdog’s application to trademark ‘Elvis Juice’ and ‘BrewDog Elvis Juice’.

In response, BrewDog founders James Watt and Martin Dickie famously changed their names to ‘Elvis’ by deed poll, arguing that the beer was now named after them.

The brewer initially lost its battle to trademark the beer in the UK, but later it was overturned and Brewdog was given permission to trademark ‘Brewdog Elvis Juice’, but not ‘Elvis Juice’.

However it has come unstuck in its latest attempt to trademark the beer in Europe. EPE first opposed Brewdog’s European application back in 2018. Brewdog launched an appeal in the following year which has now been dismissed.

In the case documents, the EU Intellectual Property Office ruled: “It is clear that the applicant’s submission based on the peaceful coexistence of the
marks cannot succeed. No evidence actually demonstrating such peaceful existence on the pertinent market has been shown. In short…there exists a likelihood of confusion… A likelihood of confusion for only part of the relevant public of the European Union is sufficient to reject the contested application.”

Brewdog has also been ordered to pay case costs totaling €1,170.

The ruling means the brewer may have to alter the name of its beer when selling it within Europe.