One of the UK’s leading craft brewers has lost its court battle with the Elvis Presley Estate over the naming of a beer. 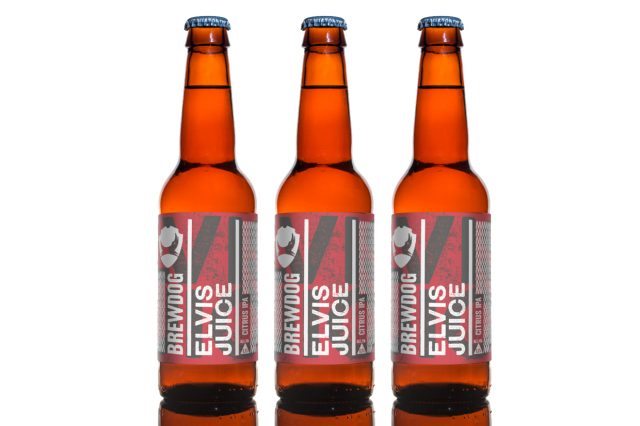 ‘Punk’ brewers, BrewDog, launched its grapefruit and blood orange brew ‘Elvis Juice IPA’ in 2015 and it has since become one of the brand’s bestsellers with a turnover of £1.9 million last year as was revealed at the hearing.

Last year, however, Elvis Presley Enterprises which manages the name and likeness of the rock and roll great, objected to BrewDog registering the names ‘Elvis Juice’ and ‘BrewDog Elvis Juice’ as trademarks.

BrewDog’s defence rested on the notion that Elvis was a common name and, in a typical stunt, founders James Watt and Martin Dickie both changed their name to Elvis by deed poll last year.

“From this point forward, Elvis Juice is named after us, the brewers formerly known as James and Martin. We may even file a case against Mr Presley for using our names on all his records without our written permission,” said Watt.

The UK Intellectual Property Office has not been so understanding however and, as reported by The Scotsman, found in favour of EPE at the start of this week. Trademark hearing officer Oliver Morris, having first made the point that Elvis Presley is without doubt, “the most famous of all Elvises,” summed up: “I consider that there is a likelihood of indirect confusion and that the average consumer will assume that the goods come from the same or a related undertaking.”

BrewDog was ordered to pay £1,500 in costs and will now have to change the name of the beer or apply to EPE for official permission to use the name.