The fast-spreading Hennessey Fire, which now covers an area of 10,000 acres, is threatening vineyards east of St. Helena and has destroyed outbuildings belonging to Nichelini Family Winery. 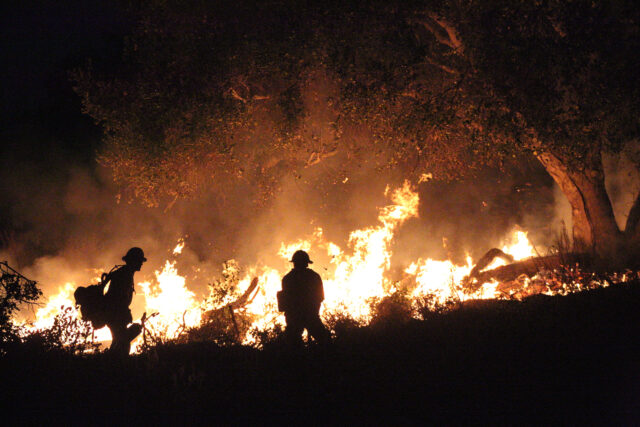 Governor of California Gavin Newsom declared a statewide emergency yesterday (18 August) after a weekend of abnormally high temperatures and thunderstorms.

Cal Fire spokesperson Lynette Round said that as of yesterday afternoon, almost 6,000 lightning strikes were recorded during a single 24-hour period, starting over 200 wildfires from the San Francisco Bay Area north to California’s Gold County.

A series of evacuation orders have been put in place in both Napa and Sonoma counties, while there are also fires burning in Mendocino, Monterey, San Luis Obispo, Santa Cruz, and San Joaquin counties.

According to the latest figures from Cal Fire, the so-called Hennessy Fire, which reportedly broke out in the early hours of Monday morning (17 August), has now grown to cover an area of 10,000 acres and is 0% contained. So far it has destroyed one structure and two outbuildings, and caused damage to other buildings.

Up close to the #HennessyFire, sent to me by Nichelini Family Winemaker Aimée Sunseri. Nichelini is the oldest continuously family owned winery in Napa – and flames have reached the property. Read more @NapaRegister pic.twitter.com/qZFALIhL4X

Among those vineyards threatened by the blaze is Nichelini Family Winery, which was established in 1890. Reports on social media indicate that the winery itself has been saved, but that some outbuildings have been damaged or destroyed.

The winery’s Phil Sunseri told CBS: “We’ve prepared for fire every year. The fire can be overwhelming. You just do the best you can.”

Crews are working throughout the night to contain the #HennessyFire burning in Napa County. pic.twitter.com/8lHP8IFkQq

The fire, which has now crossed Highway 128, is now threatening a further 205 structures. Nine evacuation orders are now in place in the area, while there has also been an evacuation warning issued for Highway 128 at Silverado Trail to Chiles Pope Valley Road, including the Pritchard Hills area.

While there is a natural fire break in the form of Lake Hennessey in between the blaze and the Silverado Trail, wineries in the Pritchard Hills area, which is in between the fire and the famous wine route, include big names such as Colgin Cellars, Continuum Estate, Chappellet, Ovid, Martinez, Bryant Family Vineyards, Montagna and Stagecoach.

Napa County officials have also warned that the fire was moving towards the Atlas Peak, Soda Canyon, Silverado Highlands and Silverado areas overnight.