Sotheby’s Wine is set to present a selection of wines from the private cellar of Dr. Gordon Ku on 5 September in Hong Kong. 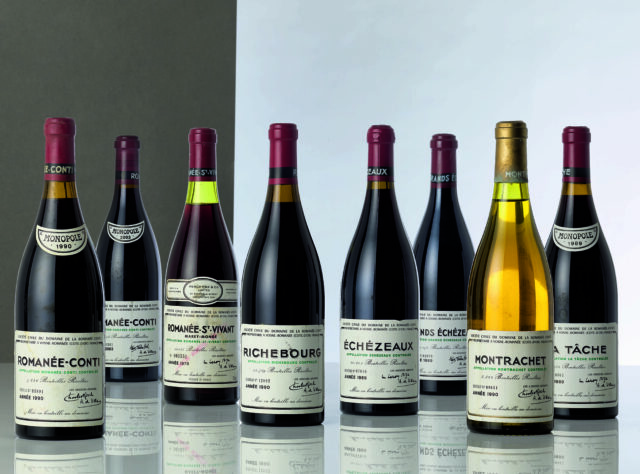 Not long after the successful results achieved in the spring sale, the auction house has quickly announced another new sale. Comprised over 850 lots estimated at HK$27-38 million, it is from the collection of Dr. Gordon Ku, who has been adding to his impressive private cellar for over 50 years.

The collection is headlined by a line-up of Burgundy in a vast range of formats and vintages spanning four decades, including 62 lots of Domaine de la Romanée-Conti, 11 of which are DRC assortments in original wooden cases, 54 lots of Domaine Leflaive, and 32 lots of Armand Rousseau.

The sale also boasts an array of Bordeaux first growths, with Haut Brion and La Mission, Latour, Lafite, Margaux and Mouton, highlighted by Petrus spanning six decades, including the legendary 1961 vintage and a double magnum of 1970. The Rhône selection features Guigal’s La Mouline, La Landonne and La Turque, rounded up by Chave and La Chapelle.

A 1974 vintage from Heitz Martha will also be on offer in the sale.

“This is the collection of a connoisseur, for connoisseurs, while it is also a collection to take hedonists to heaven. Exploration is what can be done here by those who are lucky enough to acquire wines from the collection,” said Serena Sutcliffe MW, honorary chairman of Sotheby’s Wine.

Adam Bilbey, head of Sotheby’s Wine, added: “It is with immense pleasure that Sotheby’s Wine will offer The Scholarly Cellar of Dr. Gordon Ku this September. This sale is a special celebration of Dr. Ku’s 50 years of wine collecting, and testament to the passion and devotion that went into creating one of Singapore’s great cellars.

“Dr. Ku had a taste for the classic regions, yet his curiosity and astute tastes meant that he built up an incredible collection of wines from all over the vinous world. His focus was very much on the enjoyment of fine wine and the perfect marriage between food and wine – which again is evident with the variety of styles on offer. Something to match every type of cuisine imaginable!”