The creators of a new non-alcoholic ‘spirit’ that has been trialled in the UK are out to “challenge” the premium pricing in the alcohol-free category. 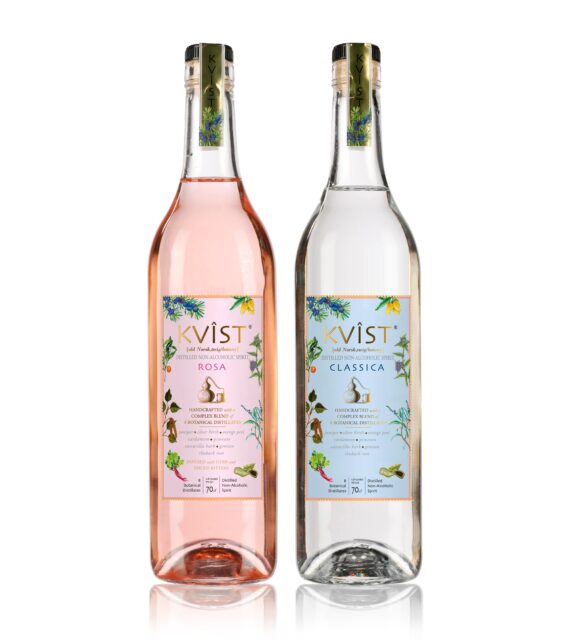 Called KVÎST, it claims to be the first non-alcoholic distilled spirit which is “both premium and accessible in terms of price point.”

It was created by The Bloomsbury Club, and is a blend of eight botanicals: juniper; silver birch; cascarilla bark; gentian; rhubarb root; orange peel; cardamom; and pimento. A spirit is distilled before blending with the botanicals, and the alcohol is then removed.

There are currently two variants: KVÎST Classica, which leads with juniper and citrus notes; and KVÎST Rosa, which is infused with herb and spice bitters.

Both have an RRP of between £12 and £14 (70cl) and will be available to the on and off-trade sectors, and international markets.

Around 10,000 bottles sold over a three-week period in the UK during a trial launch, according to the Bloomsbury Club.

Seedlip, which launched in 2015, is widely credited with driving the recent trend for low and no-alcohol spirits launches. There are three zero-poof spirits’ in the range, retailing between £22 and £27 in the UK. DV, which is funded by Diageo, took a stake in Seedlip in 2016, and the company was bought by Diageo last year.

In the UK, there is no duty paid on beverages with an ABV of 1.2% or lower, so brands like these could be very lucrative for drinks companies and retailers as they do not need to pay tax on them in the same way as a full-strength spirit.

Challenger grocer Lidl launched its own alcohol-free ‘craft spirit’ at less than half the price of the original Seedlip version last year.

Retailing at £9.99, Lidl’s CeroCero is less than half the price of the Seedlip’s own range, which cost £26 per 70cl on the brand’s website.

However Shilen Patel, the non-alcoholic drinks lead for drinks accelerator Distill Ventures, has previously said there are “a lot of people cutting corners” in the fast-growing non-alcoholic spirits category.

When the deal was announced last August, Javier Gonzalez Lastra, an analyst at Berenberg, said the price of Seedlip could become “unsustainable” if similar products came to market at a fraction of the cost.

“We’ve already had huge interest from customers and feedback from consumers suggests that KVÎST over-delivers against expectations.”