Following on from the success of brands like Seedlip, challenger grocer Lidl has launched its own alcohol-free ‘craft spirit’ at less than half the price of the original. 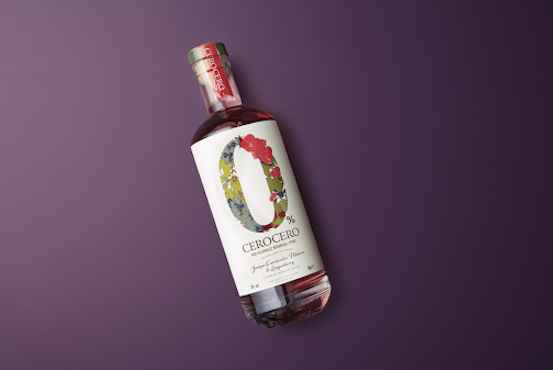 Called CeroCero, the new product, bottled at 0% ABV, contains “all of the flavour of a botanical gin, with absolutely no alcohol,” according to the retailer, with notes of juniper, pine citrus, hibiscus and loganberry.

In an emailed statement, Lidl said the CeroCero ‘spirit’ is developed through a series of cold-press techniques to extract and suspend botanicals, without the need for the addition of alcohol.

Retailing at £9.99, it is less than half the price of the product’s in Seedlip’s own range, which cost £26 per 70cl on the brand’s website.

Low and no ABV brands account for 1.3% of the UK’s total beverage alcohol market, according to data from IWSR, but that percentage is growing, as brands look to appeal to a new generation of consumers who are drinking less alcohol.

Research, published in the journal BMC Public Health, found the proportion of 16 to 24-year-olds who do not drink alcohol had increased from 18% in 2005 to 29% in 2015, and now, more than 25% of young people class themselves as “non-drinkers”.

However, consumers are wary of appearing different from their peers who do drink.

Speaking at the Lo & No Beverage Summit in London last week (15 October), Paul Thompson, innovation manager at Asahi, said that non-drinkers “don’t want to stand out or feel excluded from the drinking ritual.”

According to Nielsen, like-for-like sales of low- and non-alcoholic alternatives in the UK rose 25 per cent to £116.6m in the year to June 15.

At the same summit, Craig Hutchison, who founded alcohol-free ‘alt-gin’ brand Ceder’s, said he believes, as the category evolves, “there will be alc-free alternatives for all occasions.”

In fact, a spokesperson for Pernod Ricard, which distributes Ceder’s in the UK, told db the drinks giant is now in “on-going discussions about innovation with the creators of Ceder’s and Celtic Soul” to develop new products in the low and no-alcohol category for its own brand portfolio.

Seedlip, which retails at between £22 and £27 in the UK, sold a majority stake of its business to Diageo earlier this year.

In the UK, there is no duty paid on beverages with an ABV of 1.2% or lower, so brands like these could be very lucrative for drinks companies and retailers as they do not need to pay tax on them in the same way as a full-strength spirit.

When the deal was announced in August, Javier Gonzalez Lastra, an analyst at Berenberg, said the price of Seedlip could become “unsustainable” if similar products came to market at a fraction of the cost.

Lidl’s press release announcing the launch of CeroCero highlights the fact that the spirit is a “fraction of the price of leading alcohol-free spirits on the market, allowing shoppers to enjoy a taste of luxury without breaking the bank.”

Head of buying, Paul McQuade, said: “We’re always responding to consumer trends, and so we’re thrilled to launch CeroCero – our first non-alcoholic premium botanical craft spirit at a market leading price. Available exclusively at Lidl GB, CeroCero is perfect for those who are big on trying something new this party season.”